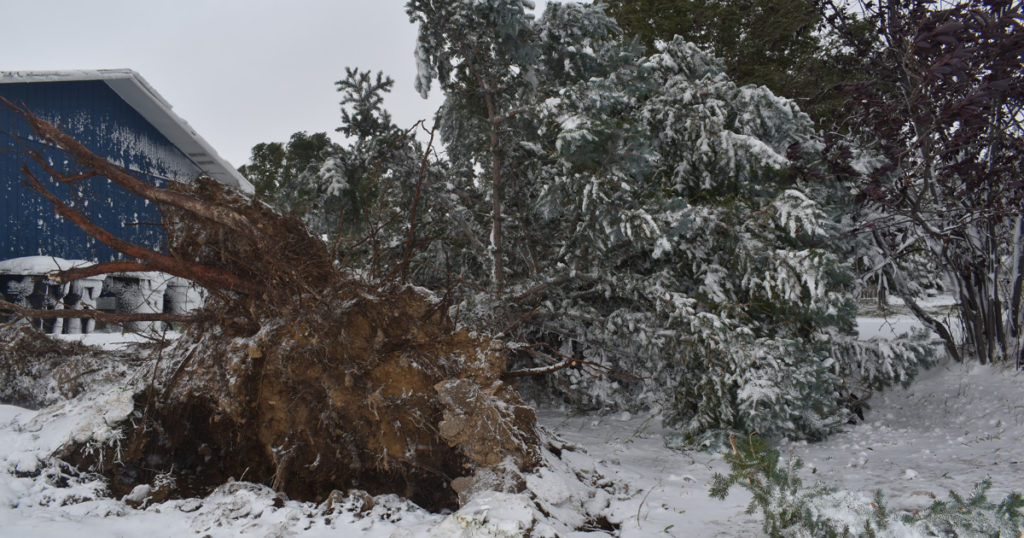 Core reports that nearly everyone in Green River is without power today after heavy snow and strong wind gusts broke branches, uprooted trees, snapped power lines, and caused significant damage to some homes and vehicles last night and this morning.

City officials are urging residents to be extremely cautious if a powerline is damaged and near their homes.

“We want to make sure people aren’t getting into those powerlines,” Core said. “If you’re not sure you should do it, don’t do it.”

He added that RMP crews are all over the town working to rectify the outages, but it could be until later this evening before electrical loops can be fixed and some power is restored. The city is encouraging residents to be prepared by using space heaters or fireplaces to warm their houses.

Many trees around Green River were significantly damaged due to the storm, and some very large branches can be seen all over town today. City officials are asking residents to take any broken branches to the rodeo grounds parking lot on Astle Avenue so that crews can easily dispose of them.

The city is strongly encouraging people to allow RMP crews to handle the powerline damage, and asks residents to be patient as crews work to get power restored around town. 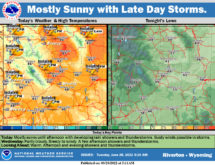 Sunny With a High Near 87 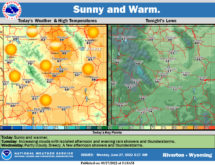 Sunny a High Near 83