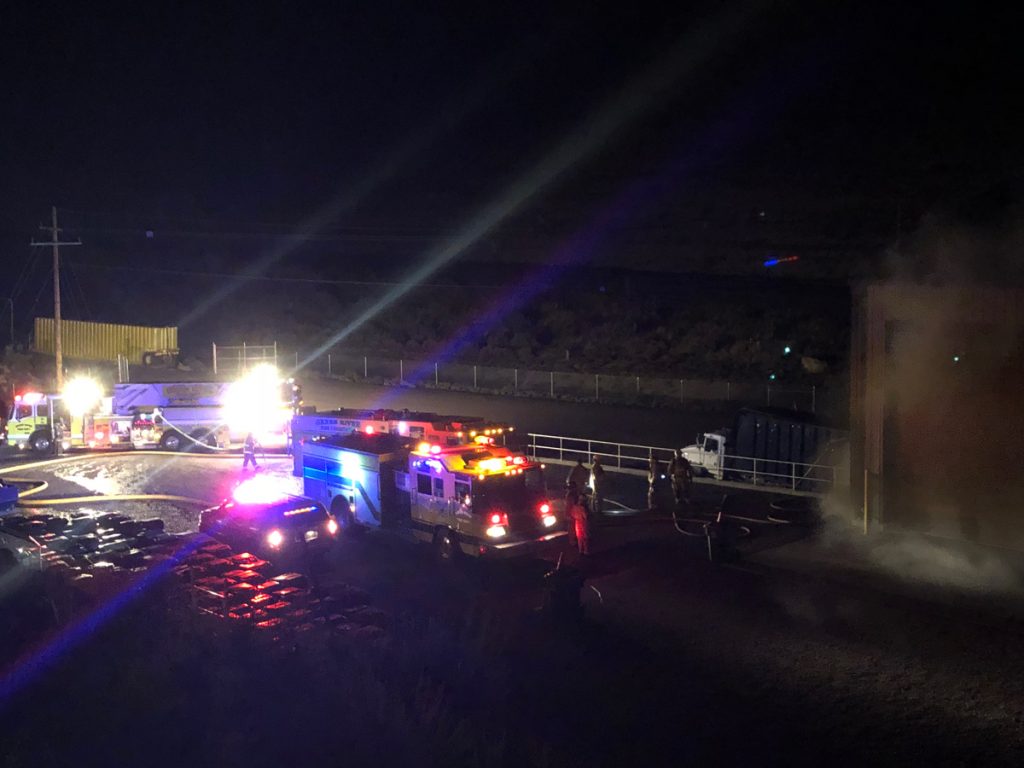 GREEN RIVER– On Thursday, September 6, at about 10:30 pm, the Green River Fire Department responded to a fire at the Green River waste transfer station, located at 2005 Uinta Dr.

The fire department had 3 engines and about 15 firefighters on scene, GRFD Chief Mike Nomis said.

Chief Nomis said they had the fire under control in the first 30 minutes, and the rest of the time spent on the scene was salvage and overhaul.

They cleared the scene at about 4 am on Friday, September 7.

The cause of the fire is under investigation. Investigation began last night while the fire department was on the scene.

According to the City of Green River, the transfer station is closed until further notice.