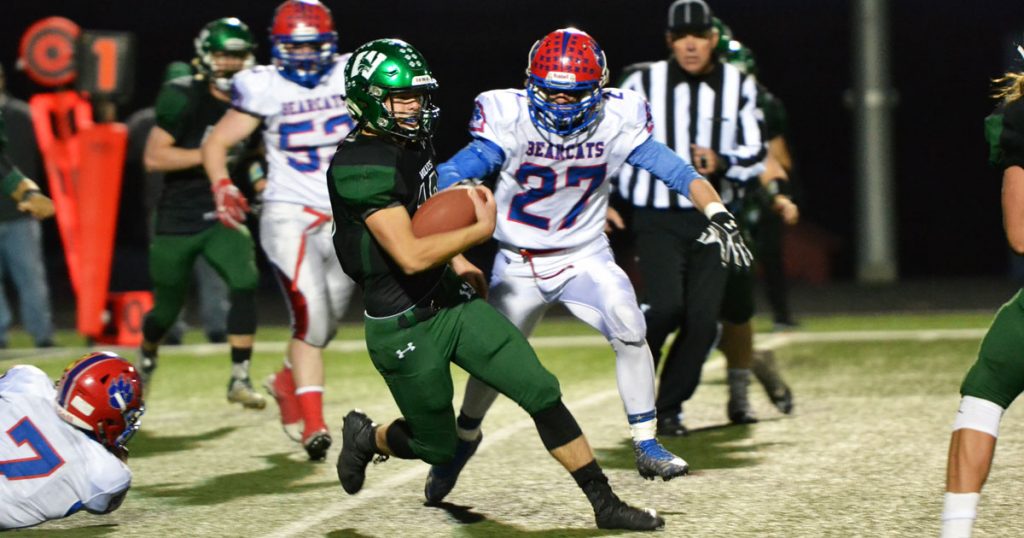 3A West Offensive Player of the Year

In addition to his All-Conference honor, Chance Hofer also received the honor of 3A West Offensive Player of the Year.

The Wolves started the season with a four-game winning streak until they dropped their week five game against the Evanston Red Devils. They then went on to dominate against Powell and Jackson Hole. They lost their final regular season game to the undefeated Star Valley.

GRHS went into the playoffs as the number two seed, giving them home field for their first playoff game against Douglas. After beating Douglas 28-7, they played Torrington on the road for the semi-finals, however their season ended there.