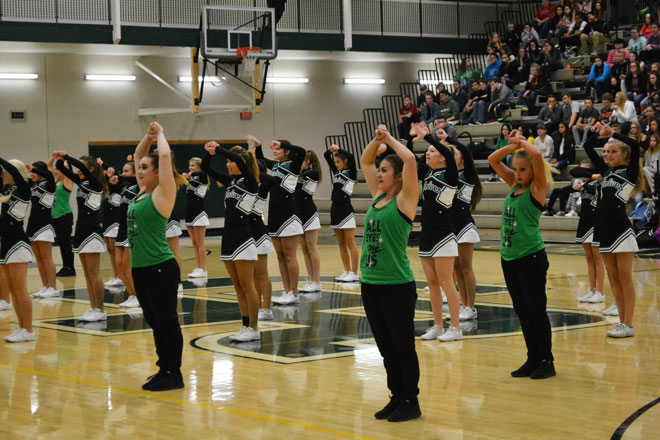 GREEN RIVER—Green River High School has been celebrating Homecoming week with daily activities, and today they had their pep rally to spark some school spirit before the sporting events on Friday, September 29.

The assembly was filled with activities, school spirit awards, and a dance that the cheer squad and dance team performed together. 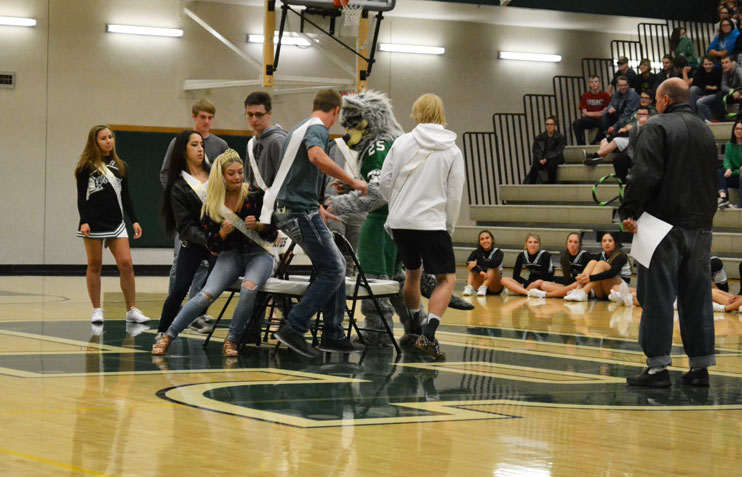 The pep assembly also included a speech from head football coach, Don Maggi. He said he hopes to see a big crowd at the football game Friday night, as it is a rivalry game against the Evanston Red Devils. 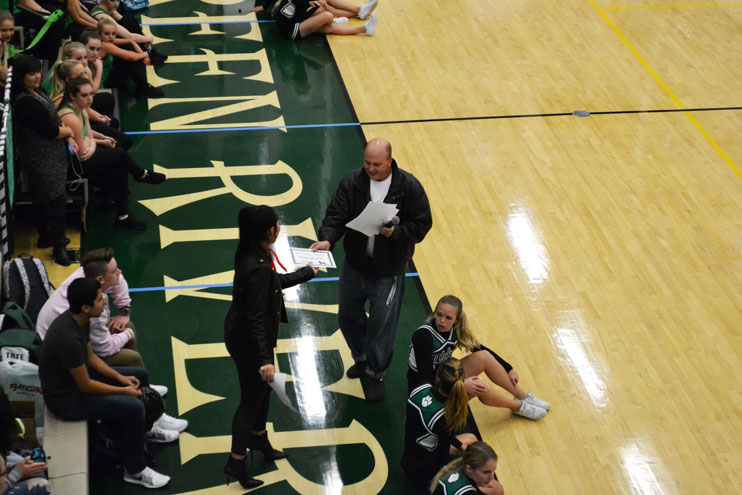 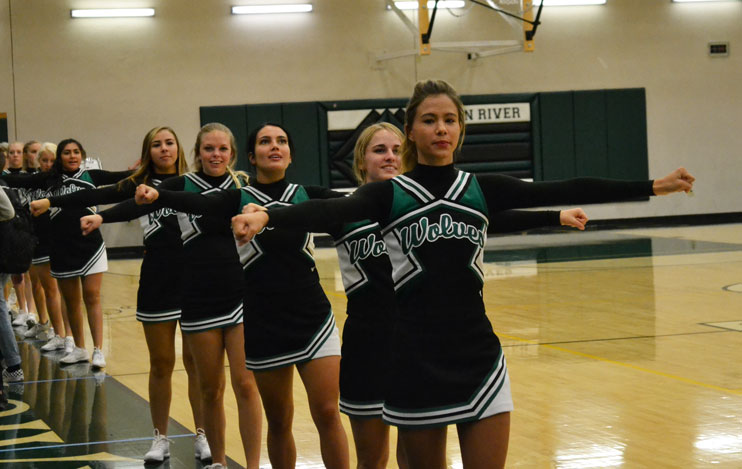 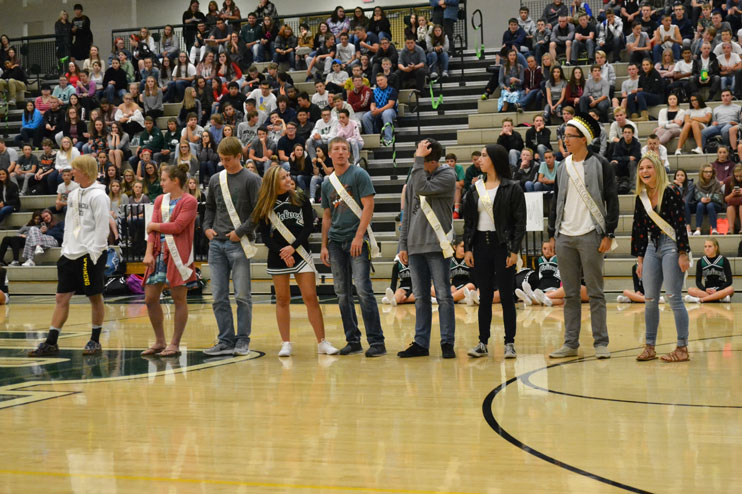 The Homecoming Royalty are: 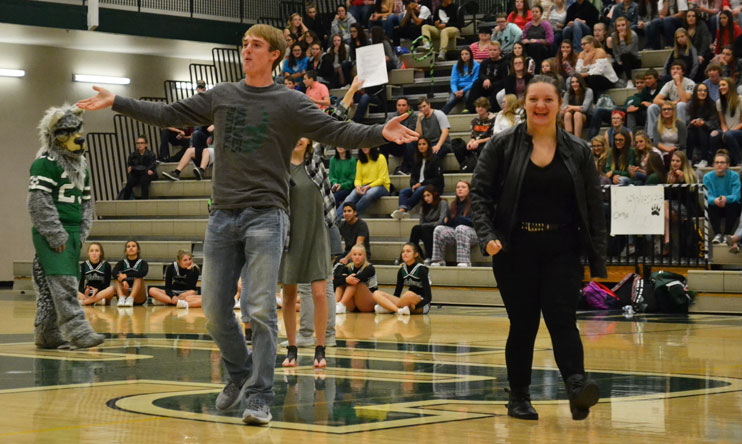 The next activity included two students from each class who were chosen to play a game where they had to listen to a song and try to be the first to name the song and the decade it came out in. This game followed their “Rolling Through the Decades” Homecoming theme. The senior class won this game.

The final game involved the Senior football players painting pictures of football related objects, like goalposts or  footballs, using a paintbrush held in their mouths. 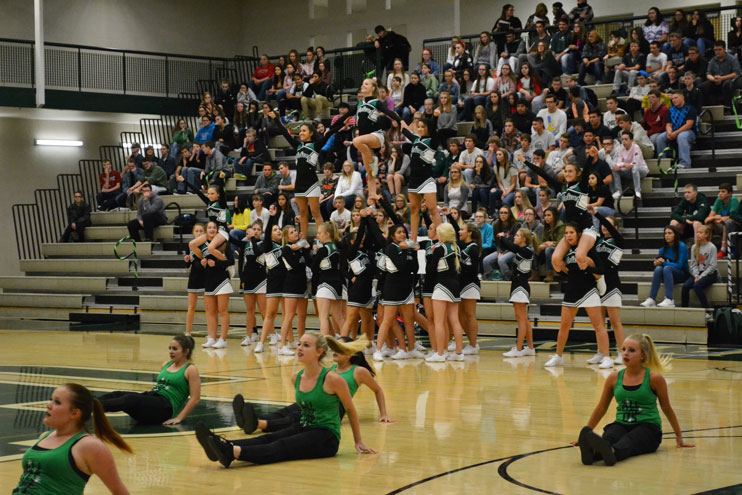 GRHS Lady Wolves Swimming and Diving will compete against the Cheyenne East Thunderbirds and the Cheyenne Central Indians at 2 pm at the GRHS Aquatic Center. 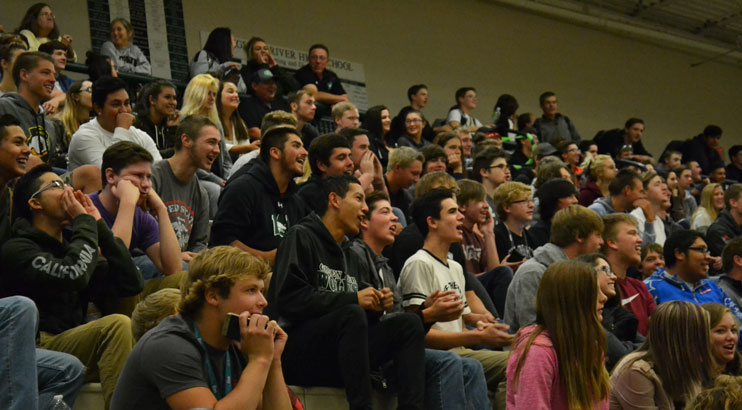