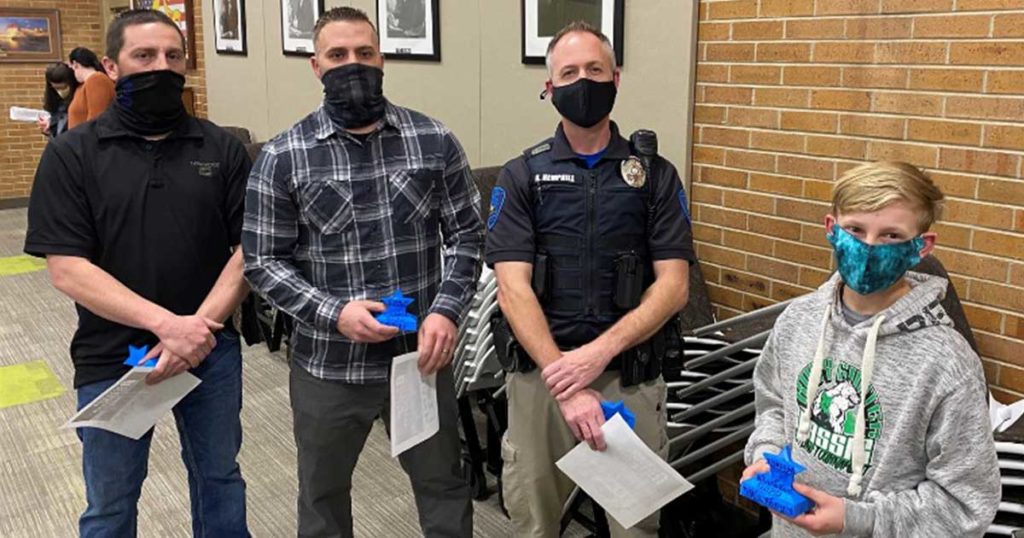 GREEN RIVER — The Sweetwater County School District (SCSD) No. 2 Board of Trustees honored four Green River Police Department (GRPD) officers Tuesday night for all the work they do for the school district.

In addition to the ADD training, the officers have also helped implement “safety buckets” in classrooms for diabetic students or other kids with health issues who may need emergency snacks or water during lockdowns.

Mikkelsen said the GRPD was also crucial in reorganizing and coordinating new bus loading and parent pick up zones at Lincoln Middle School.

In an effort to improve the safety of the students, Lincoln is making a few changes to the parent pick up and drop off area, and the bus loading and unloading zone at Lincoln Middle School. The photo below shows the changes that are being made. The changes go into effect on February 15.

Lucas Todd, a STEM student at Lincoln Middle School, designed and 3-D printed each of the officers a trophy to show his appreciation.

“We have always had a great relationship with the police department. They are a major part of educating our kids in this district, and above all, keep our schools safe,” SCSD No.2 Board Chair Steve Core said.