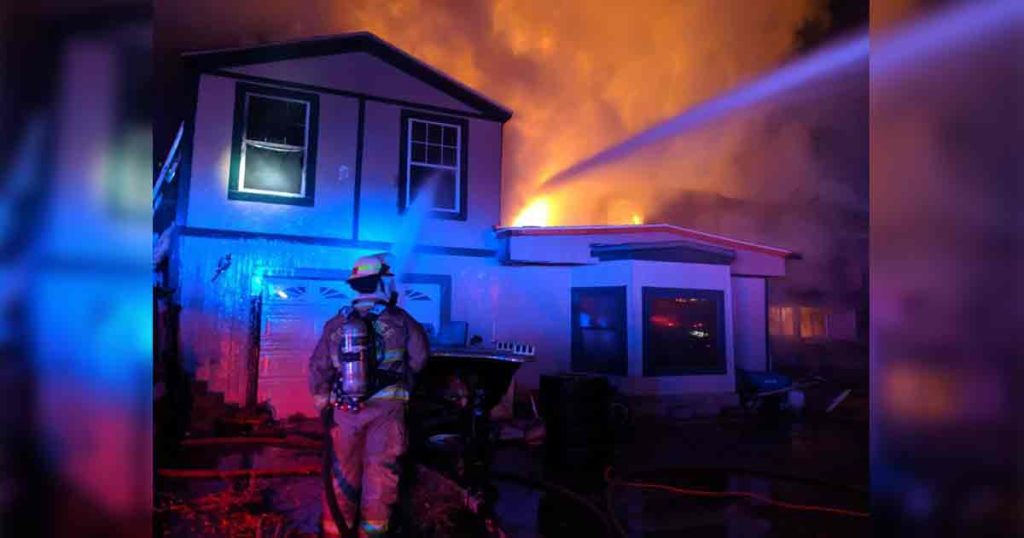 A Green River woman passed away after a house fire this morning. City of Green River photo

GREEN RIVER — One woman has passed away following a house fire in Green River this morning, according to a press release from the City of Green River.

Green River Fire Department Assistant Fire Chief Larry Erdmann said the house at 1610 Idaho Street was fully engulfed when firefighters arrived at 5 am Saturday, November 28. He said a man and three children were able to get out of the home, however, by the time firefighters got the woman out she had passed away.

The woman’s name has not been released by the the Sweetwater County Coroner.

Erdmann said the cause of the fire is still under investigation and the home is a total loss.

Photos courtesy of the City of Green River.