Hunters can plan for promising fall seasons, according to Wyoming Game and Fish Department.

In the Green River Region, however, a mild winter may bring drought conditions.

But some late springtime storms may still bring significant snowfall and colder temperatures. Wildlife survival, especially mule deer and pronghorn, has so far been high. Here’s a breakdown of each region’s wildlife outlook in anticipation of hunts on the horizon.
.

Mule deer numbers boosted,  with nearly all fawns surviving, which may speed up recovery of last winter’s losses.

Hunters can expect a good pronghorn and elk season. Deer will be better than once anticipated, with the Baggs area noted as exceptional.

However, conditions were so mild that Wildlife Coordinator Mark Zornes fears early-spring drought conditions in the lower country.

A looming drought that reduces forage could have an impact on wildlife body conditions later in the year, and the number of fawns that make it to an age where they can reproduce could be low.

The Jackson and Pinedale regions forecast a high survival rate for big game after one of the most mild winters on record.

Elk wintering on the National Elk Refuge received no supplemental feeding for the first time since 1981.

Even with the mild conditions, Area Wildlife Coordinator Doug McWhirter says the hunting outlook is variable.

“Deer hunting will still be difficult because of last year’s winter — that’s why we shortened the deer season, reduced the nonresident quota, and implemented a 3-point or better restriction in 2017,” he said.

Elk hunting should be good, depending on the weather. Hunters who are lucky enough to draw a pronghorn, bighorn sheep, mountain goat or moose tag can expect a favorable season; bison success in Jackson is almost entirely related to in-season weather, so hunting can be somewhat challenging.
.

Mule deer, which have been declining due to poor fawn production, are increasing in some herds while others still struggle.

“Of the five mule deer herds within the Lander region with population size goals, two are at and three are below objective. Along with increased fawn survival, buck to doe ratios increased to an average of 33/100. Though that is not the case in the Sweetwater herd unit, hunt areas 96 and 97, where the buck ratio declined to 18/100,” said Daryl Lutz, the Lander wildlife management coordinator.

Bighorn sheep lamb production in the Whiskey Mountain herd was once again alarmingly low at 8/100 and continues to be a grave concern for wildlife managers.

Low numbers of lambs have been a problem in the herd for more than 20 years. While it has certainly impacted population growth, there are still rams available for harvest.

Hunter success in 2018 shouldn’t be impacted, though license numbers have been reduced. 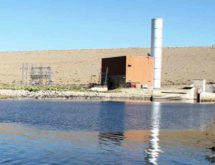 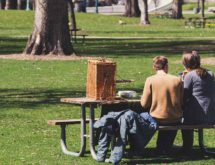