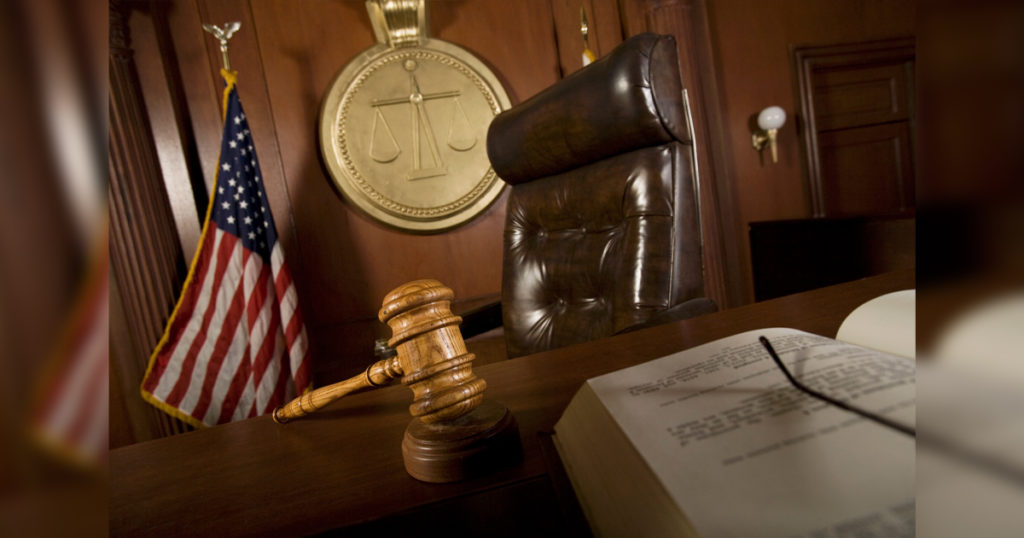 A Third District Court jury deliberated for about three and a half hours today before delivering a guilty verdict against Jason Lee Fletcher.

GREEN RIVER — Jason Fletcher has been found guilty of felony involuntary manslaughter by a jury this afternoon in the Third District Court of Judge Richard Lavery.

The 46-year-old Rock Springs man was found guilty in the death of his wife, Lena Fletcher, on the night of June 29, 2020 at their home in Clearview Acres west of Rock Springs.

Fletcher faces a maximum sentence of 20 years in the state penitentiary for the crime. The jury deliberated for about three and a half hours before delivering the verdict around 3:30 this afternoon.

The jury listened to testimony for four days before being handed the case today around noon. Sentencing will take place at a later date.

Sweetwater County Attorney Dan Erramouspe said during closing arguments that the evidence presented to the jury this week showed “what we know didn’t happen.”

Erramouspe said blood spatter evidence, ballistic results and forensic pathology in the case proved that Lena Fletcher did not shoot herself on the night of her death.

He added that Lena’s body, when found at the couple’s home that night, was perhaps the best testimony given in the trial. She had a gunshot wound through the webbing of her left hand which then traveled through the right side of her throat, out the left side and through her left shoulder before exiting through the ceiling of their kitchen.

State’s witness Dr. James Wilkerson, who performed the autopsy, said earlier this week that he rarely sees an intermediary wound like the one in Lena’s death in a self-inflicted accident. He said the wound appeared to be defensive, and ruled her death a homicide.

Erramouspe also pointed out that during interviews immediately following the incident, Jason Fletcher never told interrogators that Lena tripped while holding the gun and it accidentally went off. A number of conflicting statements proved Jason was not telling the truth about how his wife died, he said.

“If someone trips and falls and kills themselves, you’re definitely going to remember that, even if you’re drunk.”

Records show the couple had been drinking that night and both had blood alcohol content levels over double the legal limit.

But defense attorney Joe Hampton argued that the state’s evidence was inconclusive. He said DNA swabs taken from the gun’s hammer were not proof of Jason’s guilt because he handled the gun all the time. He also pointed out that blood samples taken from the grip and trigger of the gun showed Lena was the “major contributor” of those samples.

Hampton added that to prove what didn’t happen that night, the state would have to provide all the evidence.

“There was possible exonerating evidence floating around out there that is now impossible to collect.”

He pointed to the testimony of the couple’s daughter Jenna, who said during the trial that she heard Jason warn Lena that the gun was loaded before hearing it go off from her bedroom and finding her parents on the floor in the kitchen.

Both sides argued the relevance of the bullet trajectory after police discovered the casing in an area between the ceiling tile and roof, and the location of the gun on the floor after it was discharged. Erramouspe said evidence showed Jason moved the gun after it discharged while Hampton argued the gun landed in the location where it was found when law enforcement arrived.

Because Fletcher’s bond had expired by the start of the trial, he was remanded to the Sweetwater County Jail following today’s proceedings.