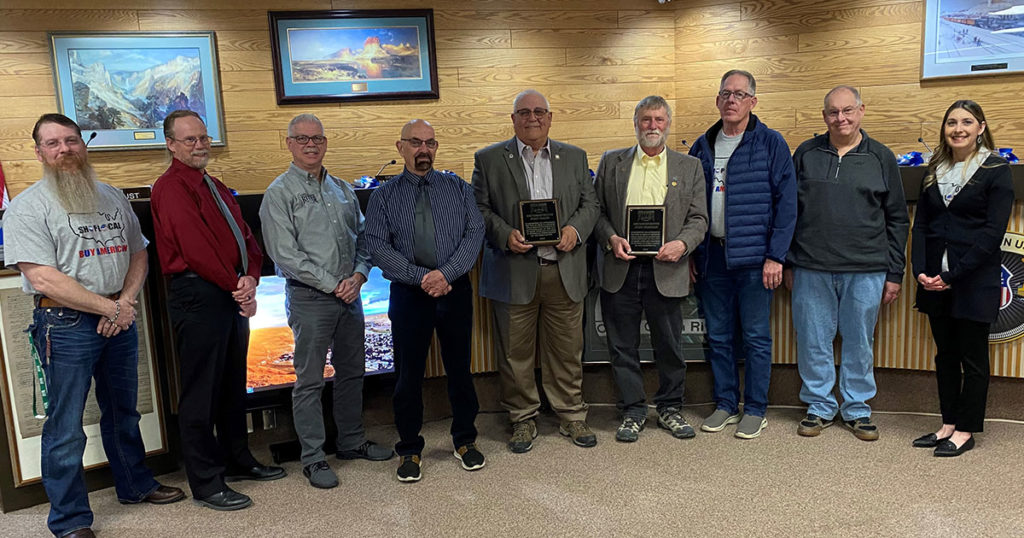 Blake served 14 years in the Legislature serving the residents of House District 39, starting his legislative work in 2007. During his time, he served on eight committees, including agriculture, state and public lands, water resources, transportation, highways, military affairs, and a select committee on tribal relations which he chaired, according to Councilwoman Sherry Bushman.

Blake sponsored 16 bills and co-sponsored 233 bills while serving in the Legislature. Among the bills, Blake was successful in getting passed was HB 39, Wildlife Conservation License Plates. Through this bill, Wyoming residents could elect to purchase Wyoming wildlife conservation plates with the fees collected being used to fund wildlife conservation efforts including signage, wildlife corridors, wildlife crossings and game fences.

According to fellow House members, Blake always led them when singing the Happy Birthday song and Cowboy Joe.

Freeman served for 10 years, representing House District 60, starting in the Legislature in 2011. During his time in the Wyoming Legislature, Freeman held the leadership position for house minority caucus chairman for four years and served on 11 different committees including management council, education, travel, recreation, and wildlife and cultural resources.

He sponsored 13 bills and co-sponsored an additional 94 bills. He was dedicated to providing the best education possible to Wyoming’s youth.

“One of John’s legislative colleagues notes that he is passionate about our state’s most precious resource, our children, and passionate about securing the best possible educational experience for all of them. He was a formidable and knowledgeable ally,” Councilman Mike Shutran said.

Outside of his legislative work, Freeman was named Green River’s Distinguished Citizen in 2017. He served the community on the Sweetwater County outdoor recreation board, the Green River recreational board, was as a trustee at Western Wyoming Community College, and a past president of the Wyoming Association of Community College Trustees.

Additionally, he coached youth soccer for 14 years and was the chairman for the Greenbelt Task Force in its formation.

The Council thanked both of them for all they’ve done for both Green River and the State of Wyoming, and presented them both with a plaque.