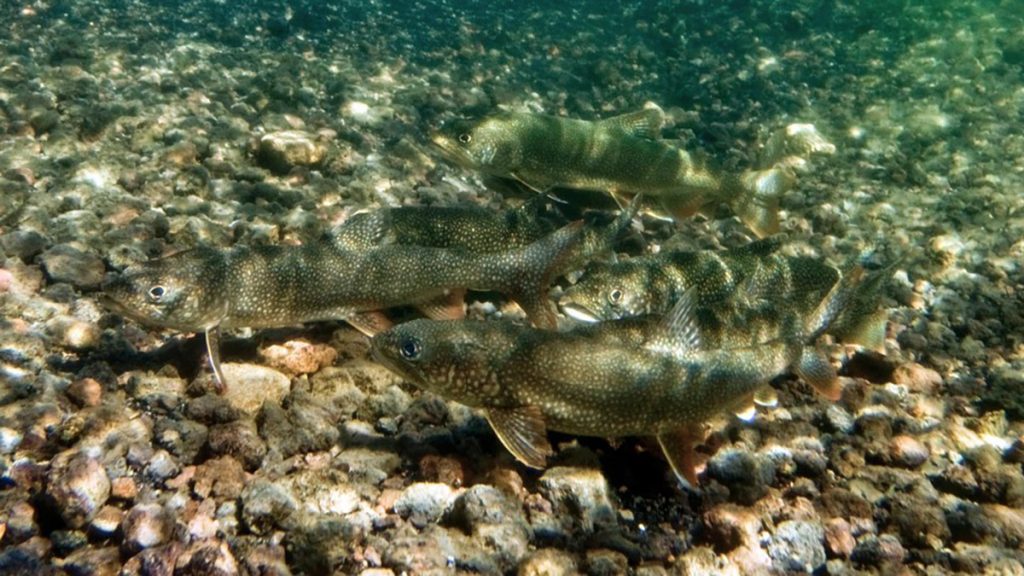 The Mac Attack Fishing Derby aims to reduce the small lake trout population on the Flaming Gorge Reservoir so that other species can grow.

GREEN RIVER — Hone your Mac fishing skills and see how you stack up against other anglers during the new Mac Attack Fishing Derby targeting lake trout less than 25 inches.

Prizes will be awarded for the most pounds of lake trout entered during the two day derby on April 27-28. The Mac Attack is open to both boat and shore anglers.

Lake trout forage close to shore during the spring which will make shore anglers competitive in this derby.

Fisheries managers have been tracking a growing population of small lake trout, those less than 25 inches, for a while now, according to information provided by the Wyoming Game and Fish Department.

While all these small lake trout are providing excellent fishing and great table fare, is it possible that this is a problem?

The answer is yes, according to Robert Keith, Regional Fisheries Supervisor for the Wyoming Game and Fish Department. “Our trend netting data documents the increasing abundance of small lake trout and a study completed in 2016 shows their growth rates have slowed dramatically since the 1990s.”

It is also known that smaller lake trout, when they have the opportunity, eat other valued species in the Gorge such as Kokanee salmon and trout.

And that’s where anglers can make a difference. “Angler harvest can be an effective tool for managing fisheries”, says John Walrath, Regional Fisheries Biologist for the Wyoming Game and Fish Department. “The Mac Attack Derby will help reduce the population of small lake trout and provide a platform for educating the public on this growing concern.”

Thus, the Wyoming Game and Fish Department joined forces with the Flaming Gorge Chamber of Commerce and the Utah Division of Wildlife Resources to create the Mac Attack – to be held on April 27-28, 2019.

“We are excited about using the Mac Attack Derby as a vehicle to increase public awareness on how anglers can help Flaming Gorge fishery by harvesting small lake trout”, says Walrath.

Teams of two can compete for cash prizes by entering up to 12 lake trout (less than 25 inches) per angler per day. Winners will be those teams entering the most weight. All teams that check in fish, but do not place in the most weight category, will be entered into a drawing for a cash participation prize.