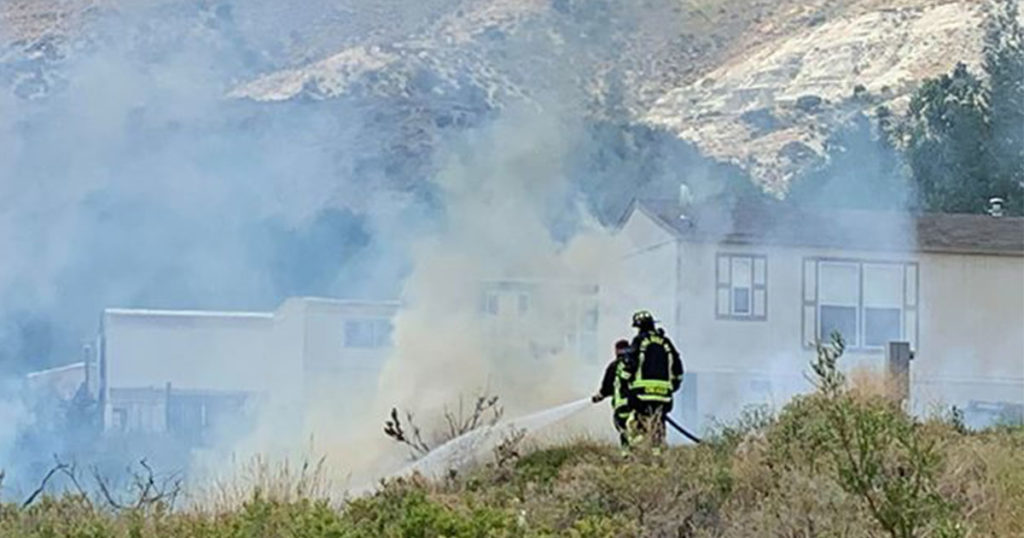 Firefighters work to put out a fire near Antelope Drive in Rock Springs on Saturday, August 8. Photo by Alice Halstead

Scott Kitchner, Sweetwater County Fire District #1 Fire Chief, said the fire burned about an acre of grass and sage brush, and several mobile homes were threatened. One of the mobile homes caught on fire.

Kitchner said the fire was contained to the rear of the mobile home and the fire got into the back bedroom. Firefighters were able to get a fast attack and knock down the fire before it could extend any further into the home.

Red Cross of Wyoming reported Sunday that they are assisting two adults and one child displaced by the fire due to the damage. Assistance was provided for lodging and other immediate needs, and further assistance will be provided as needed.

Firefighters were on scene for nearly two hours before the flames were extinguished.

The fire started on Bureau of Land Management property so they have taken the lead on investigating the fire. SweetwaterNOW will update this story when more information on the cause of the fire is available.