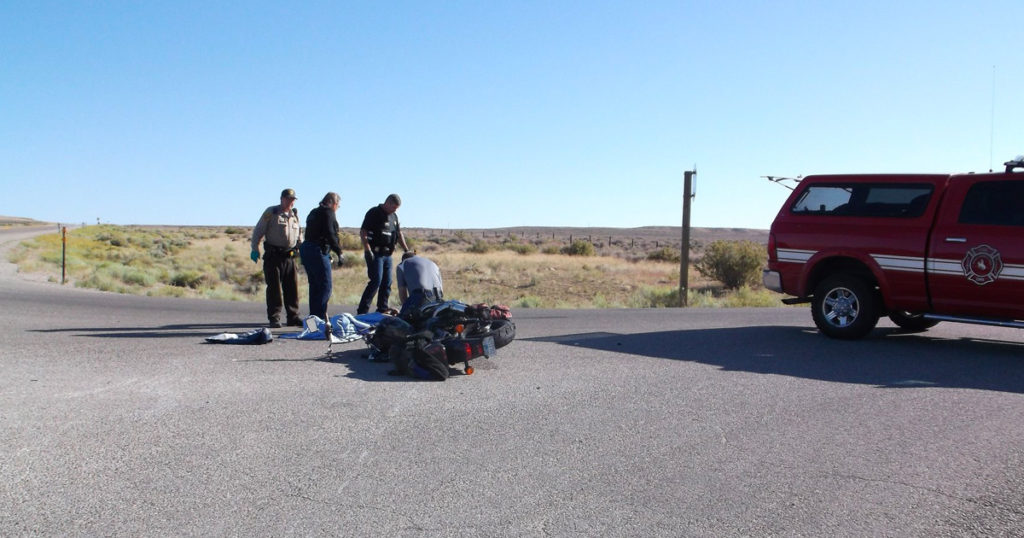 First responders from multiple agencies responded to a motorcycle chase that ended in a crash. | Uinta County Law Enforcement photo

BUCKBOARD – Flaming Gorge Reservoir, Wyo. – In a post by Uinta County Law Enforcement, at approximately 8:00 a.m., a Deputy with the Uinta County Sheriff’s Office attempted to stop a motorcycle on I-80 eastbound near Travel Centers of America, which resulted in a pursuit.

The motorcycle maintained speeds of 90-100 mph, exited the interstate at Exit 39 and continued south on Highway 414.

During the pursuit, the 25-year-old motorcycle driver, Wren Curtis formerly of Worland, WY, was throwing items from his person onto the highway.

The driver was transported to Sweetwater Memorial Hospital of Rock Springs, where he was assessed and treated for non-life threatening injuries.

The involved motorcycle was later learned to have been stolen from Santa Monica, CA, and the driver had 2 outstanding Wyoming Warrants. Upon his release, he was arrested and transported to the Uinta County Detention Center.