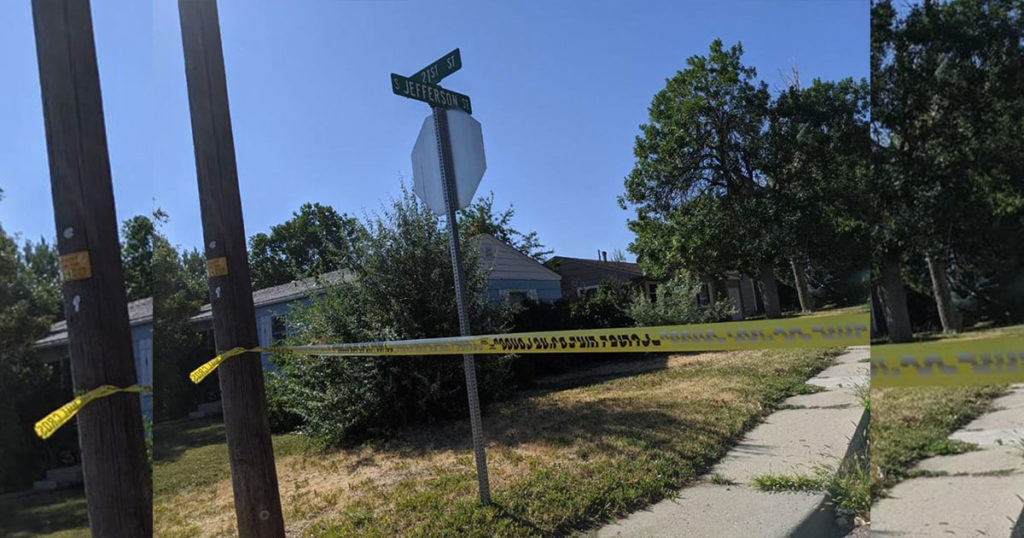 CASPER — Casper emergency responders were on scene at the 2200 block of South Jefferson Street in Casper, for a shooting incident that has left one dead and one person injured.

Casper Police Department spokesperson Rebekah Ladd spoke with Oil City News on scene and said that at approximately 7:00 am, officers responded to a reported kidnapping on South Jefferson.

Ladd said preliminary reports indicated a person was being held against their will, by mulriple people, at gunpoint.

Officers reportedly responded to the address, and announced themselves at the front door of a private Casper residence. Officers forced entry into the residence.

Police say that shots were then fired, with bullets coming through a bedroom door.

“An exchange of gunfire took place and officers gained entry into the bedroom,” Ladd said.

Multiple people were found inside the bedroom. Ladd says that oneindividual was injured, and one individual was dead on scene from gunfire.

At this time it is unknown if the injured and deceased individuals were struck by police gunfire or gunfire from another source.

This breaking story is developing.