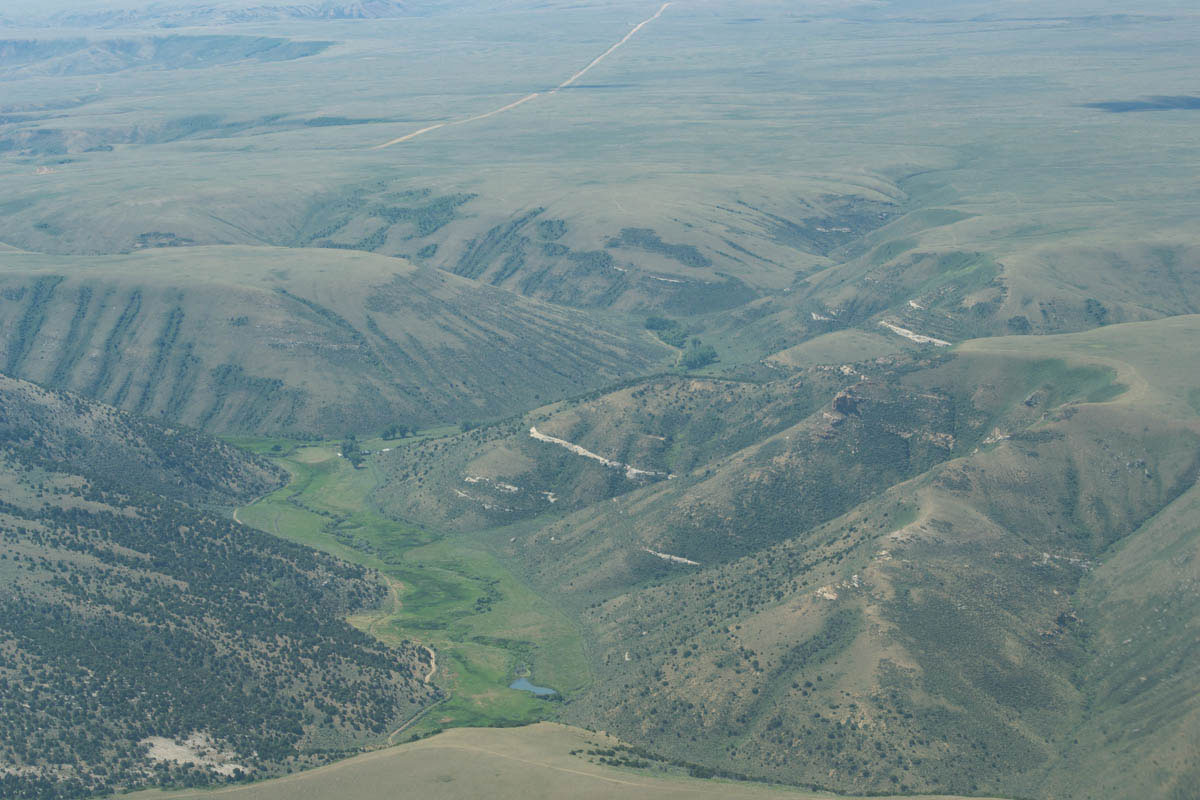 SWEETWATER COUNTY– It has been well documented and met with zero opposition to the priority and significance of maintaining the Greater Little Mountain Area (GLMA) and its bountiful recreational resources. That being said, I am incredibly concerned about the future of the GLMA, southwest Wyoming’s crown jewel and one of its most important recreational areas in the region. The Department of the Interior has repeatedly shown in recent months that it refuses to listen to local input when deciding how to manage the nation’s public lands, a trend that could continue here.

Recent news out of Colorado shows that political appointees in Washington, D.C. overruled local agency officials in finalizing a plan for almost 1 million acres of public lands in the western part of the state that favors development over the needs of local communities, which are increasingly dependent on outdoor recreation and tourism. Additionally, the Interior Department’s recent management plan for central Montana prioritizes oil and gas development at the expense of protections for big game habitat. With the Interior Department on the verge of releasing a new draft management plan for GLMA and surrounding areas, it is crucial that they not make the same mistakes that they did in Colorado and Montana and listen to the people of Wyoming, from all walks of life, who have repeatedly spoken up in favor of strong protections for wildlife and public lands.

With the release of the Rock Springs Resource Management Plan draft now expected to be released in April it is key that each of us continue to make our voices known. This plan will be the playbook for how 3.6 million acres of public land is managed in southwest Wyoming and we have asked that a mere 15% (522,000 acres) be safeguarded with a recreational priority, in a multiple-use landscape. This isn’t an unreasonable ask and it isn’t anti oil and gas development. We have continually asked for responsible development practices that be mindful to protect critical and sensitive wildlife habitat and watersheds. Again, just 15% of the area that this land management prescription will impact for years to come.

The GLMA area is home to some of the state’s most sensitive fish and wildlife habitat. As an avid sportsman myself, I know firsthand how special this place is, as it has been the backdrop to countless hunting, fishing, and camping trips over the years; its impact on our local economy cannot be overestimated. The Interior Department’s management plan for GLMA will determine every aspect of how the area’s fish and wildlife resources will be managed–whether they will receive proper protection, or if instead those lands are made available to extreme development.

It could be decades before the public has another opportunity to weigh in on the area’s management, so it is especially important this time around to listen to the thousands of sportsmen and sportswomen, miners, ranchers, business owners, and local civic leaders who have called on the Interior Department to safeguard GLMA–resulting in a proposal submitted to the Interior Department that, if implemented, would conserve these resources. There is still so much more left to do; when the draft plan comes out, all of the stakeholders who have weighed in over the years cannot rest on their laurels, they must continue to speak out to ensure that the plan that’s finalized conserves the land.

Local stakeholders have come together and made our position clear: The Greater Little Mountain Area is too special for full development. And we have told this to the revolving door of personnel from the Department of Interior before: myself, Sweetwater County Commissioner Wally Johnson, and Joy Bannon from the Wyoming Wildlife Federation have traveled to D.C. three times to meet with and encourage the Interior Department to listen to the public’s overwhelming opposition to irresponsible development that would seriously harm this landscape. We have also been to Cheyenne on several occasions to visit with BLM brass and the changing of the guard with new personnel, Governor Dave Freudenthal, Governor Matt Mead and current Governor Mark Gordon about our community’s concerns with what the draft plan could be for this backyard paradise.

This RMP revision has been going on for more than a decade and the investment of time and sweat equity to stay engaged goes without saying. The efforts to engage others has been the ask from the onset and echoed as a priority by Interior leadership. The thousands of stakeholders who have been on this long ride have made their voices heard. The concern of it falling on deaf ears is growing.

News from Colorado and Montana gives me significant pause. If local leadership can be so easily overruled in the Centennial State, what stops the same from happening here in the Equality State? That is why it is so important for our Governor and all three members of our Congressional delegation to weigh in now, echo the Coalition’s proposal and demonstrate that the effort to conserve GLMA is widely popular across the state.

Our Congressional delegation has to speak up and support local voices; their opposition to a plan that compromises the irreplaceable resources in this area could push Interior to reconsider reckless development. Governor Gordon, Senators John Barrasso and Mike Enzi, and Congresswoman Liz Cheney should be some of the loudest voices calling for the Interior Department to listen to local voices and put forth a plan that protects Greater Little Mountain for generations to come. This is the Wyoming Way as our leaders are approachable and accountable to listening, understanding and representing the fine folk of the Cowboy State. We need your help in a proactive measure and that time is now.

April and May Wild Horse Adoptions Postponed in Wyoming

Opinion: Governor Should Call a Virtual Special Session of the Legislature