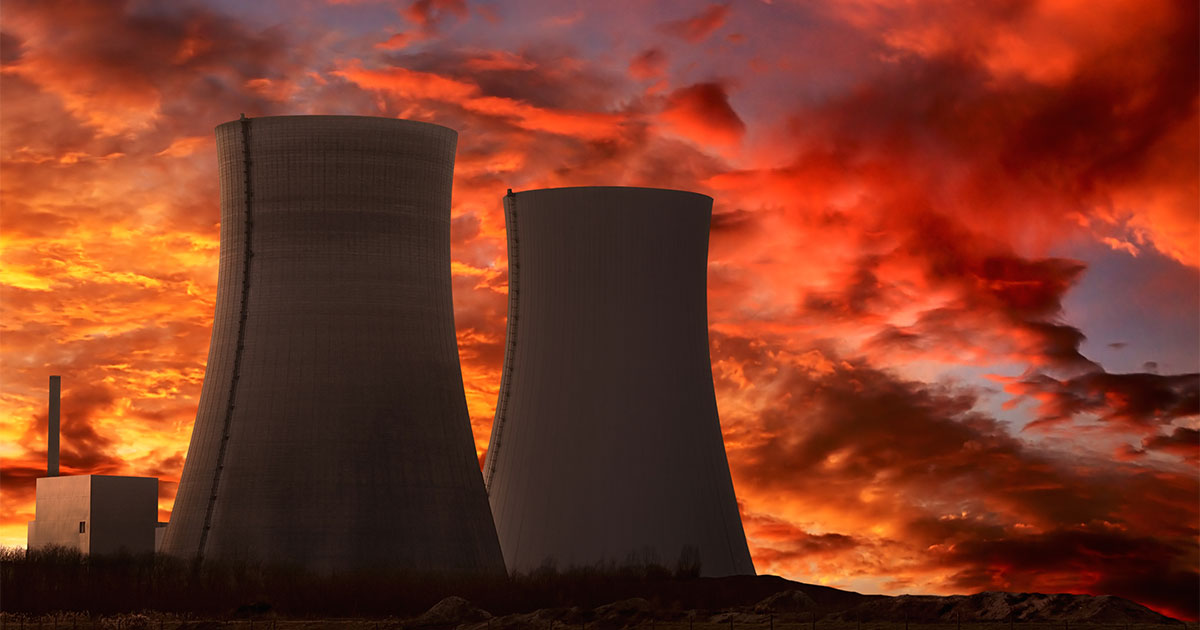 I am writing to express support for the proposal before the state legislature regarding exploration of a temporary spent nuclear fuel storage facility. I wrote to the Green River Star on this topic in the summer of 2016 when I was a graduate student studying nuclear engineering.

Now that the issue is before the legislature again, I would like to voice support for the site and encourage further public discussion.

There are a lot of misperceptions about nuclear waste storage that can confuse the issue and I believe that we should not let those misperceptions cloud our judgment and cause us to lose out on what could be a major benefit to the state.

Wyoming has before it an opportunity to explore a policy that could do an uncommon amount of good, both for the state and for the country. The public should support legislators in their efforts to study the feasibility of hosting a spent nuclear fuel storage facility in the state. Nuclear waste has a bad legacy in the U.S., and Wyoming could use this proposal to change the narrative to one in which we work to solve problems rather than kick them further down the road.

For the most part, the technical challenges of safe nuclear waste storage have been solved. Politics and not-in-my-back-yard sentiment are the real roadblocks. Wyoming should not let fear of the nuclear boogeyman scare us out of an opportunity to lead the way in addressing a pressing national challenge and reaping economic benefits from doing so.

The reason that this opportunity is on the table for Wyoming is that America has a serious spent nuclear fuel storage problem. The U.S. draws roughly one-fifth of its electricity production from approximately 98 nuclear power plants around the country. It is true that a permanent waste storage facility, which the country should have had decades ago, is unlikely to open in the foreseeable future.

Yet the lack of a geologic repository does not mean that the U.S. has stopped running nuclear power reactors and generating spent fuel. Forbes reported in June that roughly 80,000 metric tons of solid nuclear waste currently reside in facilities across the US, most of which are functional nuclear plants. Make no mistake: storing spent nuclear fuel at a power plant (or, in some cases, on closed sites) is an option of last resort. Nuclear power plants were not designed to store spent fuel and lack adequate facilities to do so.

Today’s waste storage practice involves cooling the spent fuel in a specially designed pool for several years, then transferring the waste to dry storage in simple above-ground concrete and steel casks that shield workers from radiation and prevent radioactive material from leaking. These casks stand in open air on a concrete pad, looking for all the world like big car wash vacuum cleaners bunched together behind a fence.

Not only is this practice less safe and secure than an interim storage facility would be, but it is also much more expensive. Oak Ridge National Laboratory concluded in a 2016 study that the U.S. Treasury would save roughly $15 billion by 2040, twice that amount by 2050, and more than $50 billion by 2060 if the U.S. were to open an interim nuclear waste storage facility. Such a site would be an enormous boon for the country.

Spent nuclear fuel requires a significant amount of care and attention; it cannot simply be pumped through a filter into the atmosphere like fossil fuel emissions. The casks that currently hold spent nuclear fuel are designed for a much shorter life span than is currently required of them because of a lack of adequate interim and permanent waste disposal facilities. Leakage becomes more and more of a concern as time goes on and the casks weather and erode.

Just as importantly, open-air storage on site at nuclear power plants is nowhere near secure enough to protect the material from theft or sabotage. A temporary storage facility would utilize fuel containers that are much more robust and durable than the open-air casks in use today, and the facility would be designed to protect the containers from theft, sabotage, and the elements.

With better protection of the spent fuel naturally comes better protection for the public and the environment. When properly designed and manufactured, spent nuclear fuel containers nested inside proper storage facilities can contain waste for thousands of years, meaning that the host state would see virtually zero environmental and public health impact beyond the precise footprint of the facility itself. Shipping the spent fuel is another potential source of risk, but in the historical track record is overwhelmingly positive. We are very good at safely shipping nuclear material.

Bloomberg observed in July that there have been exactly zero radiological releases in over 2,700 shipments of spent fuel in the U.S. dating back to 1965. In a state that already ships an enormous amount of material by rail and truck as a matter of course, there is little reason to expect that trend to change.

The real obstacle in effective waste storage policy is political, not technological. Despite the wealth of scientific and engineering know-how available to address the problem of safe nuclear waste storage, skepticism over the future of a permanent waste repository, like Yucca Mountain, is entirely justified.

At the heart of the problem is the Nuclear Waste Policy Act (NWPA), originally written in 1982 to outline a process for identifying, researching, and ultimately selecting two permanent geologic repositories for the nation’s spent commercial fuel. The NWPA was amended in 1987 to cut the number of repositories in the U.S. from two to one and declare Yucca Mountain to be the site regardless of state and local input. The amendment sent the country into a decades-long political struggle over a problem with technical issues that have almost entirely been resolved. Yucca Mountain is a classic case of a top-down approach in which the federal government quite literally tried to lay down the law irrespective of public opinion. No reasonable person would suggest such an approach today.

Lesser known in the history of America’s attempts to solve the spent fuel storage problem is the success story of Project Salt Vault. The project was a demonstration of the safety and feasibility of storing nuclear reactor waste in a decommissioned salt mine in Lyons, Kansas. The project began in 1963 and ran for two years, producing resounding technical and policy successes. The key ingredient was a concept called consent-based siting. Robert Peltier, in his article, “U.S. Spent Nuclear Fuel Policy: Road to Nowhere,” explains that Project Salt Vault’s successes stemmed from four factors:

1. The experiment was temporary, meaning that the waste would be removed at the conclusion of testing;
2. Oak Ridge National Laboratory, which ran the project, worked in full view of the public, openly providing information about the project well before it began and throughout its duration;
3. The public had access to the mine for tours of the experiment; and
4. Local groups were consulted before the project began.

The difference between Project Salt Vault and the Yucca Mountain fiasco is that wherein the latter the government dictated what it wanted, in the former it sought consent and participation from the local community. Transparency created trust.

In Wyoming’s case, trust could result in more than just warm feelings of satisfaction from helping solve one of our nation’s most pressing energy policy issues. There is real economic benefit to be gained from hosting a temporary spent fuel storage facility. First, given the state’s current economic health, I find it odd that lawmakers and members of the public are opposed to annual injections of $5 million during construction and $10 million during operation. Brushing off that money is even more baffling considering that American taxpayers have been contributing to nuclear waste disposal funds for decades, having tossed more than $40 billion into a specially allocated bin between 1983 and 2014.

If the money has already been spent, why reject the chance to see returns? Beyond the immediate benefit of annual payments to the state, construction and operation of the facility would create jobs requiring the kind of work that Wyoming does best. Considering the state’s struggling fossil fuel industry, one would think that legislators would embrace the chance to help hard-working Wyomingites by making more job opportunities available.

It is true that the NWPA as written today prevents funding for a temporary facility. Yet Congress is aware of the issue, so much so that the House is currently debating the Nuclear Waste Policy Amendments Act, the latest in a series of bills aimed at resolving the needless gridlock in current waste disposal policy. Attempts to pass similar legislation in recent years have failed, but if a state is enthusiastic about contributing to a storage solution, perhaps the bill will gain the traction necessary to become law.

Congress may or may not pass legislation adjusting the funding structure outlined in the NWPA. It may or may not allocate other funds to the Department of Energy to address the storage issue. But one thing is certain: support for the idea from a host state is far more likely to result in Congressional action than is doing nothing.

Other communities that host waste storage facilities know the economic benefits that such sites bring.

Take Andrews, Texas, as an example. Andrews is home to a Waste Control Specialists facility that stores low-level nuclear waste (distinct from spent nuclear fuel). Since the facility began operation in 2012, Andrews County has received 5% of its gross receipts to the tune of roughly $12 million. I am certain that residents of Andrews County would attest to the value of that money—and the more than 100 jobs created by the facility—in the community. That would explain why Andrews County is also considering a proposal to host a spent fuel storage facility of its own.

Would we rather have the $10 million annual revenue and jobs boost ourselves, or sit by and watch it all go to Texas?

By considering a temporary nuclear waste storage facility, Wyoming has a chance to demonstrate leadership and a sense of patriotic duty as well as to receive significant economic benefit in a time where every little bit helps. Fears about radioactive waste contaminating the state’s natural beauty and tarnishing our image are grossly overstated.

Science-driven policy backed by enthusiastic public support can help solve a major energy policy problem, add jobs and money to the local economy, and show the rest of the country that Wyoming is willing to lead the way when it comes to tackling tough challenges.

UW Will Not Have Traditional Commencement Ceremonies

April and May Wild Horse Adoptions Postponed in Wyoming