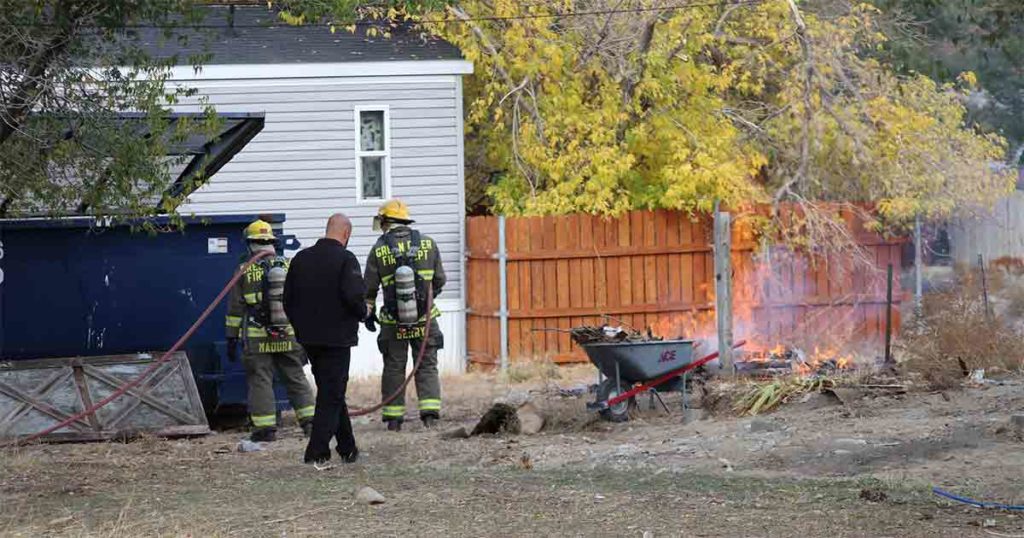 This is one of two fires the Green River Fire Department responded to on Thursday. Courtesy photo

GREEN RIVER — Quick action on the part of the Green River Fire Department (GRFD) resulted in two outdoors fire being contained before extensive damage could be done.

According to the GRFD, fire crews responded to two separate outside fires on the afternoon of Thursday, October 7. The first call went out about 3:15 p.m. and two engines and nine firefighters were on scene, extinguishing the flames quickly. The second call came in around 4:45 p.m. across town from the first call. Upon being contacted by the fire department, the resident put out the small fire.

“The GRFD would like to remind residents that it is illegal to burn trash within the city limits. They are also asking that all residents please pay attention to lighting fires or fire pits,” the GRFD stated. “Make sure they are contained in a manufactured pit, which includes a spark arrestor lid. A spark arrestor lid ensures that no flaming debris flies out of the pit, becoming an airborne fire hazard.”

“We at the GRFD would like all of you to be safe this fall season,” the post states.