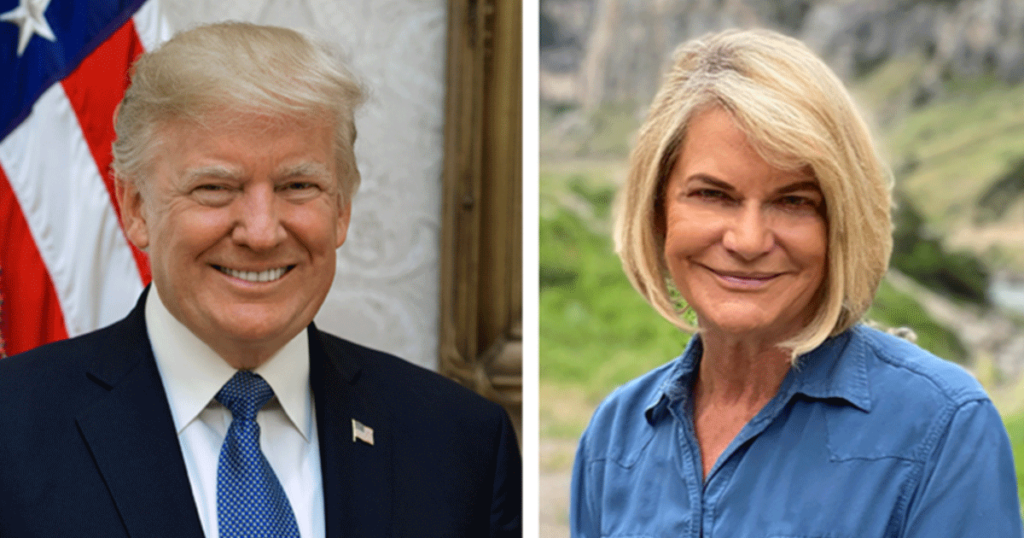 “Cynthia Lummis is a friend of mine and a great woman. She is running for Senate in the very Special State of Wyoming. Cynthia is Strongly for our Military, our Vets, and protection of the Second Amendment…” President Trump tweeted. “She will be a great Senator, and has my Complete and Total Endorsement!”

“I am honored to have the endorsement of President Trump,” said Lummis. “Right now, it is more important than ever that we follow President Trump’s lead and put America First! In the U.S. Senate, I’ll stand shoulder-to-shoulder with President Trump to bring manufacturing jobs back to the United States from overseas and get our economy back on track. With support from the people of Wyoming, I look forward to working with President Trump to launch the Great American Comeback.”

Wyoming’s primary election will be held this Tuesday, August 18. For additional information on Lummis, visit www.lummisforwyoming.com

Paid for by: Lummis for Wyoming