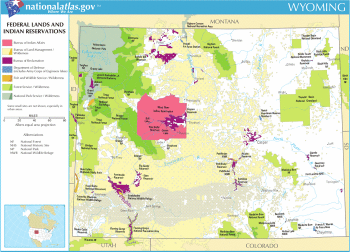 Several western states are pursuing the “transfer” of federal lands to state ownership. Groups and politicians are now pushing back and engaging on this issue, partly driven by their fear that the real aim of these initiatives is not state ownership but rather the privatization of public lands. The history, politics, and economics of the state transfer movement explains why this fear is a legitimate one.

The past is not always prologue, but history is of particular importance in this case. Consider what happened to significant amounts of state trust land that was conveyed to the states by the federal government during the era of land disposals (~1776-1891). Most of the early states receiving granted lands quickly sold them. Western states that were subsequently granted trust lands provided restrictions on their sale, though others liquidated the majority of their lands. Nevada, for example, retains roughly 3,000 acres of its original 2.7 million acre grant.  And what about Utah, where the latest rebellion is headquartered? Roughly half of the lands granted to the state have been sold into private ownership.

Next, privatization played a central role in the last Sagebrush Rebellion and there is every reason to suspect it will star in the sequel.  Sagebrush rebels in the 1980s struggled to coalesce around a shared vision of what to do with transferred federal lands. Should these lands, for example, be owned and managed by the states or be auctioned off to the highest bidder, which could include wealthy interests from outside the West buying them? Or should they be sold with preference being given to particular interests, such as ranchers with existing federal grazing leases? The same questions remain unanswered today.

Politics provides another reason to suspect that state ownership is a Trojan horse. The Republican Party platform asks Congress to “reconsider whether parts of the federal government’s enormous landholdings … could be better used for ranching, mining, or forestry through private ownership.” Multiple congressional bills and budget plans have been also introduced in Congress that seek to privatize federal land, including the Disposal of Excess Federal Lands Act (H.R. 2657), the House Budget Committee’s 2015 resolution, and an amendment from Senator Ted Cruz (R-TX) that would require states made up of more than 50% federal lands to transfer “excess” lands to states or sell them off at auction. At the very least, those advocating for state ownership should not be surprised when people link their cause to privatization.

Finally, consider the economic costs associated with federal land management. It is expensive, with significant costs associated with things like fighting fire and maintaining roads. Unable to pay for these costs, people fear that states will choose to sell these lands.  A more likely scenario would be for the states to retain the most economically profitable federal lands while disposing of parcels that don’t pay the bills. The problem is that land with relatively little economic value can be rich in other ways, such as sustaining water flows, providing habitat for wildlife, or offering access to hunters.

There have always been interests wanting to privatize federal lands. For politicians, the idea is a political loser, as polls consistently show Western support for public lands. This might explain why advocates of state ownership provide no details regarding their plans. Instead of specifics are hollow promises that the states will miraculously figure out how to avoid the trade-offs inherent in public land management.

The more probable outlook is that significant amounts of public land would be privatized.  For those lands not sold, conflict would simply shift from the federal to state level. Same fights, different venue. Of course, some economic interests want this change of venue, for state legislatures can be easier to influence than a polarized Congress representing national interests.  But, then again, most western states also allow for ballot initiatives, which could potentially make public lands management even more challenging.

It is the birthright of westerners to complain about the mismanagement of federal lands—for either too much or too little protection. That is the messy, democratic part of public lands management.  But few westerners have any interest in selling out our public lands legacy, a legacy that helps make the West, the West.

— Martin Nie is Director of the Bolle Center for People and Forests, in the College of Forestry and Conservation, at the University of Montana.  He writes as a citizen-at-large.

— Columns are the signed perspective of the author, and do not necessarily reflect the views of WyoFile’s staff, board of directors or its supporters. WyoFile welcomes guest columns and op-ed pieces from all points of view. If you’d like to write a guest column for WyoFile, please contact WyoFile editor-in-chief Dustin Bleizeffer at dustin@wyofile.com 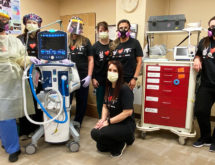 EDITORIAL: Behind Every Ventilator is a Respiratory Therapist 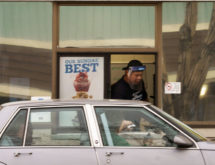 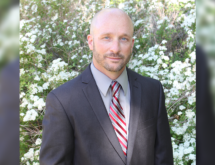