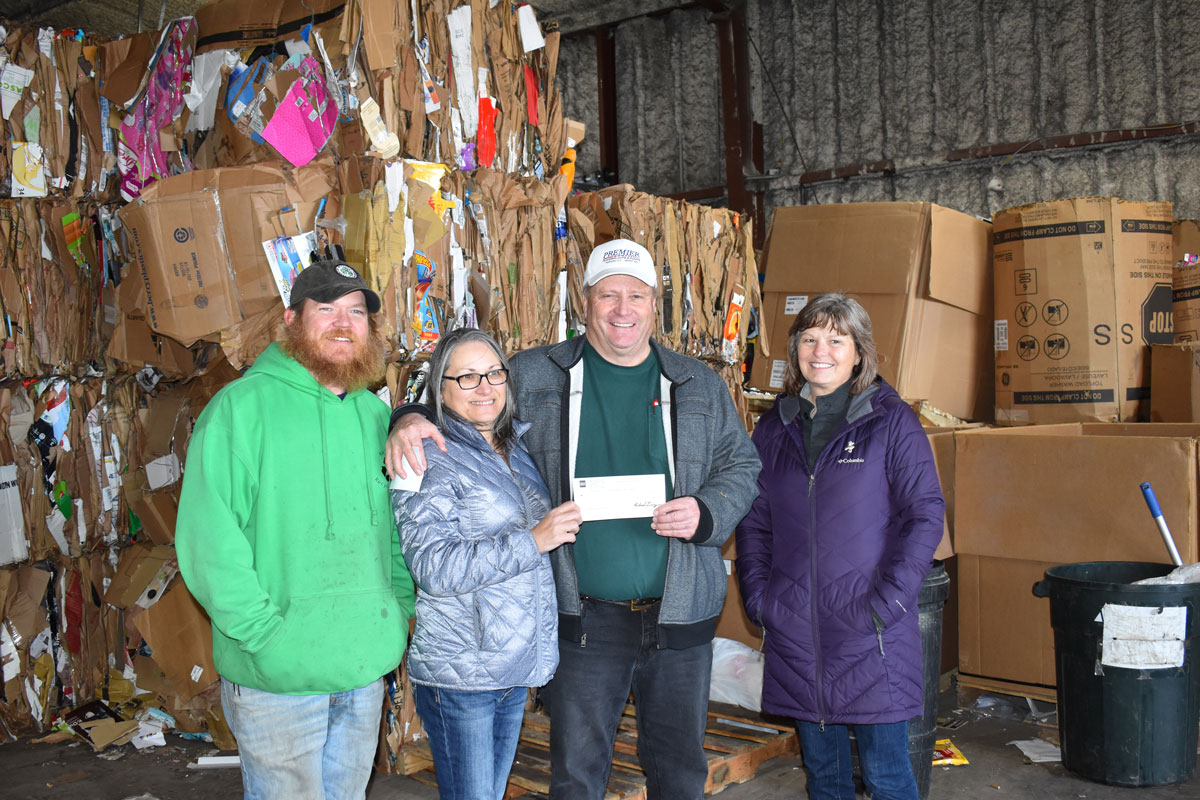 Brown, a resident of Farson, said he saw problems in Farson with recycling and decided to take action by providing a generous donation.

“It’s a great donation,” Maria Mortensen, Secretary of the Ray Lovato Recycling Center said. “It means a lot of us.”

There is currently a trailer for collecting cardboard in Farson, but Brown noticed it needs to be expanded and needs to be able to accept more recyclables.

Brown’s donation will go toward funding a program in which the Farson-Eden Solid Waste District will help pick up the recycling and bring it to the Ray Lovato Recycling Center for processing. For now, they will be accepting cardboard, but they hope to expand in the future.

Matt Dillon, Manager of the Ray Lovato Recycling Center, said the center would like to become a regional recycling center where they can process recyclables from all over the area, including smaller towns such as Farson and Wamsutter.

“Sometimes all it takes is a little seed to start something,” Brown said of his donation.