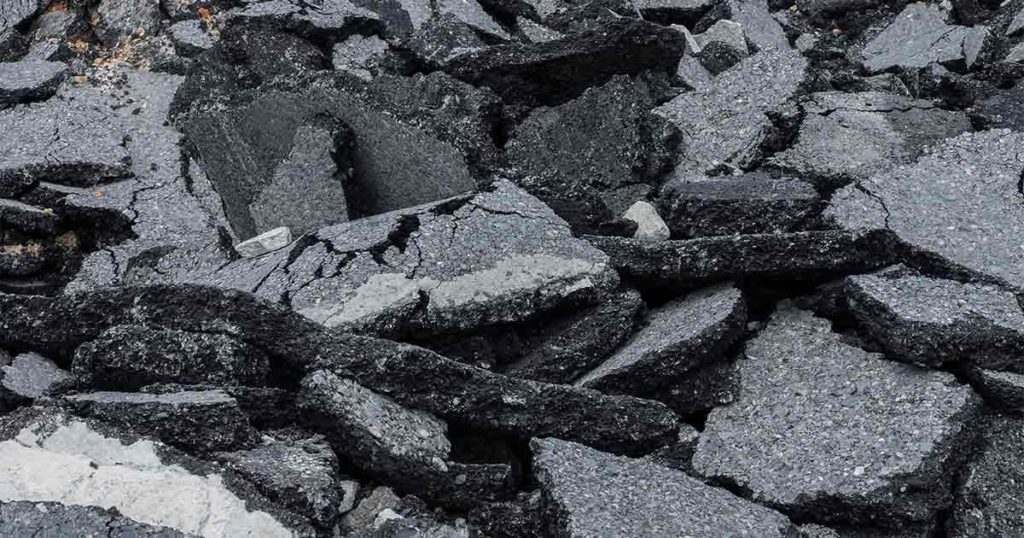 SWEETWATER COUNTY — A partnership between the Wyoming Department of Transportation (WYDOT) and Sweetwater County is not only saving both entities money, but helping to improve some of the county’s roads.

The idea of recycling or reclaiming asphalt isn’t a new one. In fact, it is one the most recycled materials in the United States. Finding ways to use this material is something the Wyoming Statewide Transportation Improvement Program (STIP) has tried to address.

“This idea started during a STIP meeting several years ago when WYDOT was discussing their upcoming projects and I asked them what they were going to do with all of the reclaimed asphalt pavement (RAP) material that they were going to generate off of a couple of projects,” Sweetwater County Public Works Director Gene Legerski said.

What started out as a simple idea, has turned into a great partnership between WYDOT and Sweetwater County for the reuse of RAP material.

“When we chew up a road and take an inch or two off that’s what’s left,” WYDOT District 3 Construction Engineer Pete Stinchcomb said about what RAP material is.

This stockpile will be located between three locations: the Bitter Creek plant site, north of the Bitter Creek Interchange around milepost 142, the north location, which is by the water tower, and the south location on Riner Avenue within Wamsutter. According to Stinchcomb, WYDOT will deliver the material to these locations for the county.

Per the agreement, the material can only be used on public roads and cannot be sold for profit.

“This benefits Sweetwater County because we get a quality material that helps us maintain and improve our road system at no cost,” Legerski said. “This material can be used for surfacing or to help improve the base or subbase of a roadway.”

Stinchcomb said normally WYDOT would tell the contractor where to dispose of the of the materials and there are extra costs associated with the disposal of the material whether its being transported to the dump or a storage site.

“We are more or less allowed to give this to cities or counties,” Stinchcomb said about the reclaimed asphalt.

Stinchcomb said it’s all about the working relationship he has with the cities and counties. He spoke highly of Legerski and Sweetwater County. It’s through this relationship that WYDOT and the County are able to take a product that probably would have made its way to the dump and reuse it.

Stinchcomb said Legerski has been using the reclaimed asphalt to put on top of gravel county roads. It’s a great use because the oil left in the asphalt dramatically cuts down on the dust. Once put on the road, the reclaimed asphalt actually hardens up a bit, which decreases the need for maintenance and the washboarding effect that often happens on gravel roads.

“We try to reuse a lot,” Stinchcomb said.

So far the county has used RAP material to redo the surfacing on the following roads:

The county has also completed work along smaller other sections of roadways out north of Rock Springs, according to Legerski.

The county mostly receives RAP material, however it has also received base course and 3/8” material that WYDOT had leftover from a project or in a WYDOT pit they were about to close and reclaim, Legerski said.

Both Legerski and Stinchcomb spoke favorably of the great working relationship they have with each other and they will continue to reuse RAP materials to benefit both the county and WYDOT.