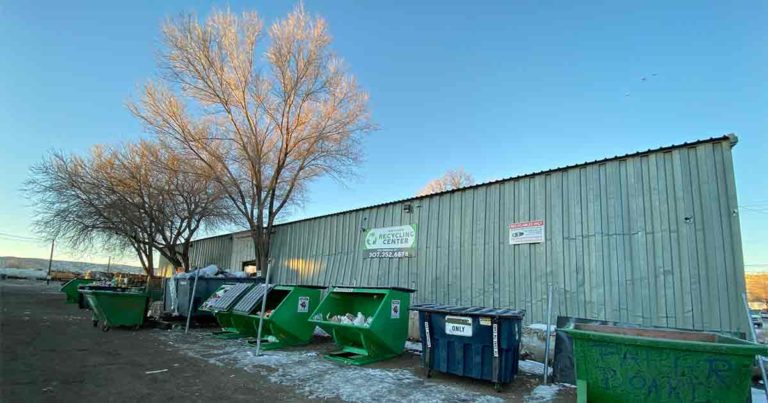 ROCK SPRINGS — The Ray Lavato Recycling Center not only supports the City of Rock Springs move toward voluntary city-wide curbside recycling, but is working with the city to adjust some language in the proposed modification to the garbage collection ordinance.

During a recent Rock Springs City Council meeting, the Council reviewed and read the garbage collection ordinance, which is where curbside recycling language is being added. Under the proposed garbage collection ordinance modifications, the city has outlined what recyclables can be recycled through this service. No comments were made on the first reading of the ordinance, which takes three readings to pass.

Recycling Center President Devon Brubaker said even though the first reading passed, recycling center representatives are working with the city to “clean up some of the language” regarding what materials are accepted and how they are prepared.

“This will make it easier to understand for the residents and waste collectors while providing the flexibility needed in ever-changing market conditions,” Brubaker said.

As the ordinance takes shape, residents are always welcome to attend the Council meetings and make comments on the proposed ordinance changes.

“As with any city ordinance change process, this is the time for the community to provide input,” Brubaker said. “The Recycling Center encourages public input in the process so we can all work together to deliver recycling services that are successful for all.”

For Brubaker, offering residents curbside recycling is something the recycling center is glad the city is pursuing. The proposed ordinance would allow residents to participate in the recycling program voluntarily.

“It is definitely a step in the right direction. We knew going in that mandated recycling would likely be a long shot in the current political climate,” Brubaker said. “With that said, we believe that the current approach laid out in the draft ordinance will result in similar if not higher real participation by the community. As we have seen with other governmental mandates of late, it does not always result in the highest participation.”

If city-wide curbside recycling is approved, it will help the recycling center’s ability to secure funding necessary to purchase sortation equipment for the launch of the curbside program, he said.

“The Ray Lovato Recycling Center Board is excited that these changes are being considered by the City Council,” Brubaker said.

To review the proposed ordinance, see the document below. Please note that changes are still being made to this document until it passes third reading.