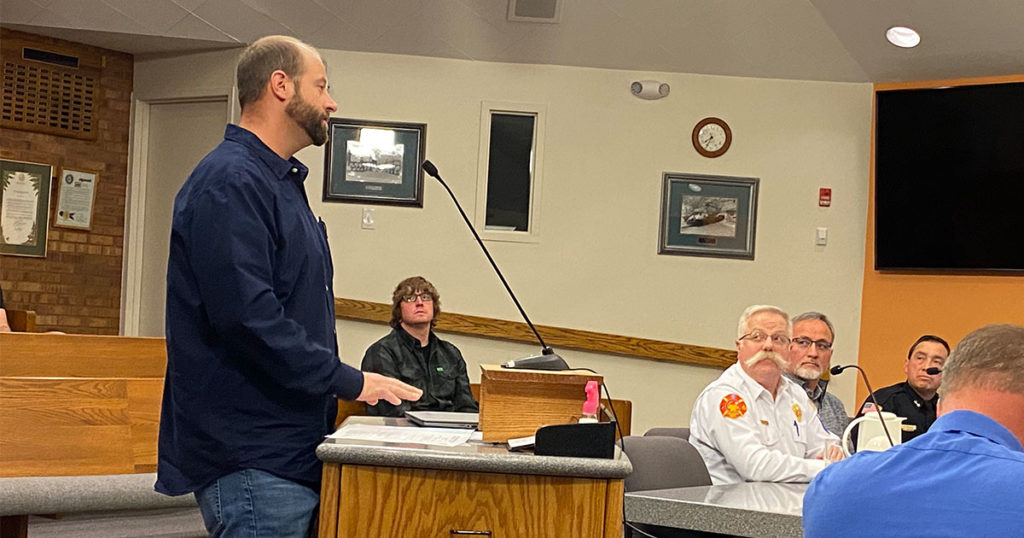 ROCK SPRINGS — After hearing concerns from one of the Rock Springs’ garbage-collecting businesses, the Rock Springs City Council voted unanimously to table passing an ordinance allowing for city-wide curbside recycling.

In a 6-0 vote, the Council tabled the ordinance, which was up for the third and final reading tonight. Councilors David Halter, Brent Bettolo and Tim Savage were absent from the meeting.

During the petition portion of the meeting, the Council listened to Peak Disposal owner Ryan McGuire voice concerns and make suggestions on the proposed “Garbage Collection” Ordinance.

“I would like to address the ordinance because I feel like if it gets passed as it is, the recycling center isn’t going to be prepared for the volume of material that they will receive,” McGuire said. “The way I understand it, is once the third reading it complete, it’s going to go into effect.”

“In addition to that, I think we should hold off on the ordinance until the equipment has been secured,” McGuire said.

McGuire wanted to know if the recycling center obtained the grant to purchase the new sortation equipment needed to process all of the additional materials because he doesn’t think it has.

As for the language of the ordinance, McGuire also felt there was room for improvement under the fee area. He suggested a minimum fee be added to the ordinance to lay out what curbside recycling will cost.

“My reasons for that are No. 1 to keep everything equal and not turn the curbside recycling into a weapon for competition. Secondly, by setting a minimum price it’s going to make it profitable situation for the trash haulers.”

Rock Springs Mayor Tim Kaumo said they could make the date for the ordinance to start on January 1, 2023, knowing they could always extend that date if needed. As for the fee structure, Mayor Kaumo said he didn’t know if the city would want to get involved in setting fees for the private sector.

Councilor Rob Zotti said he wanted to table the ordinance until they can work something out. However, he disagreed with Mayor Kaumo on the fee schedule saying they do control the fees within an ordinance. He said the city has proven it wants to move forward with this ordinance and didn’t see a problem tabling it.

“I don’t really see a need to pass anything at this point,” Zotti said.

The ordinance would have established a voluntary city-wide curbside recycling program, which will be offered through local garbage collecting businesses. The Council will revisit the ordinance at its next meeting on May 17.