ROCK SPRINGS — The Rock Springs Fire Department (RSFD) is requesting permission from the Rock Springs City Council to pursue a $1 million grant for the purchase of a new fire apparatus, an ambulance, and replacement fire hoses.

During the Council meeting Tuesday, December 7, at 7 p.m. at City Hall, the Council will consider whether to approve the RSFD’s request to apply for the FEMA grant through the FY 2021 Assistance to Firefighters Grant. The grant would require a 10 percent match in the amount of $100,000.

According to a letter from RSFD Chief Jim Wamsley, the funding would go to purchase “a new fire apparatus, a single ambulance with a cot, and replacement of all of the pre-1987 fire hose in the current inventory.”

The purchase of a new pumper fire apparatus will allow for the retirement of some of the aging fleet and help facilitate response from headquarters with an engine as opposed to an aerial apparatus, the letter states. This purchase will also help extend the life of Truck-1 and reduce maintenance costs through the retirement of one apparatus.

“The grant will also fund the purchase of one ambulance with a cot. This will position the City of Rock Springs to fill in gaps in service coverage under the current EMS service model, maintaining the safety of our residents through consistent EMS coverage,” Wamsley said in the letter.

As for the hoses, all of them purchased prior to 1987 will be replaced since they are functioning on “borrowed time,” Wamsley’s letter stated.

The three grants will be considered as separate requests from each other.

To view the entire letter, see the document below.

The RSFD is also seeking permission to apply for an Assistance to Firefighters Grant from FEMA to purchase portable, mobile and base station radios. The grant will be around $214,000 and will require a 10 percent match of roughly $21,000.

A public hearing is scheduled to take place to allow for comments on the proposed changes to the Admissions and Continued Occupancy Policy (ACOP) for the Rock Springs Housing Authority.

During the Commendations portion of the meeting, Life-Saver Awards for the Rock Springs Police Department from the RSFD will be presented.

Under appointments, the Council will consider appointing David Jarrell to the Urban Renewal Agency Commission. This would be Jarrell’s first term. 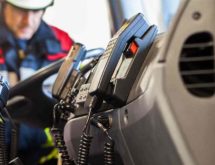 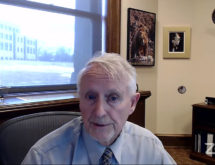