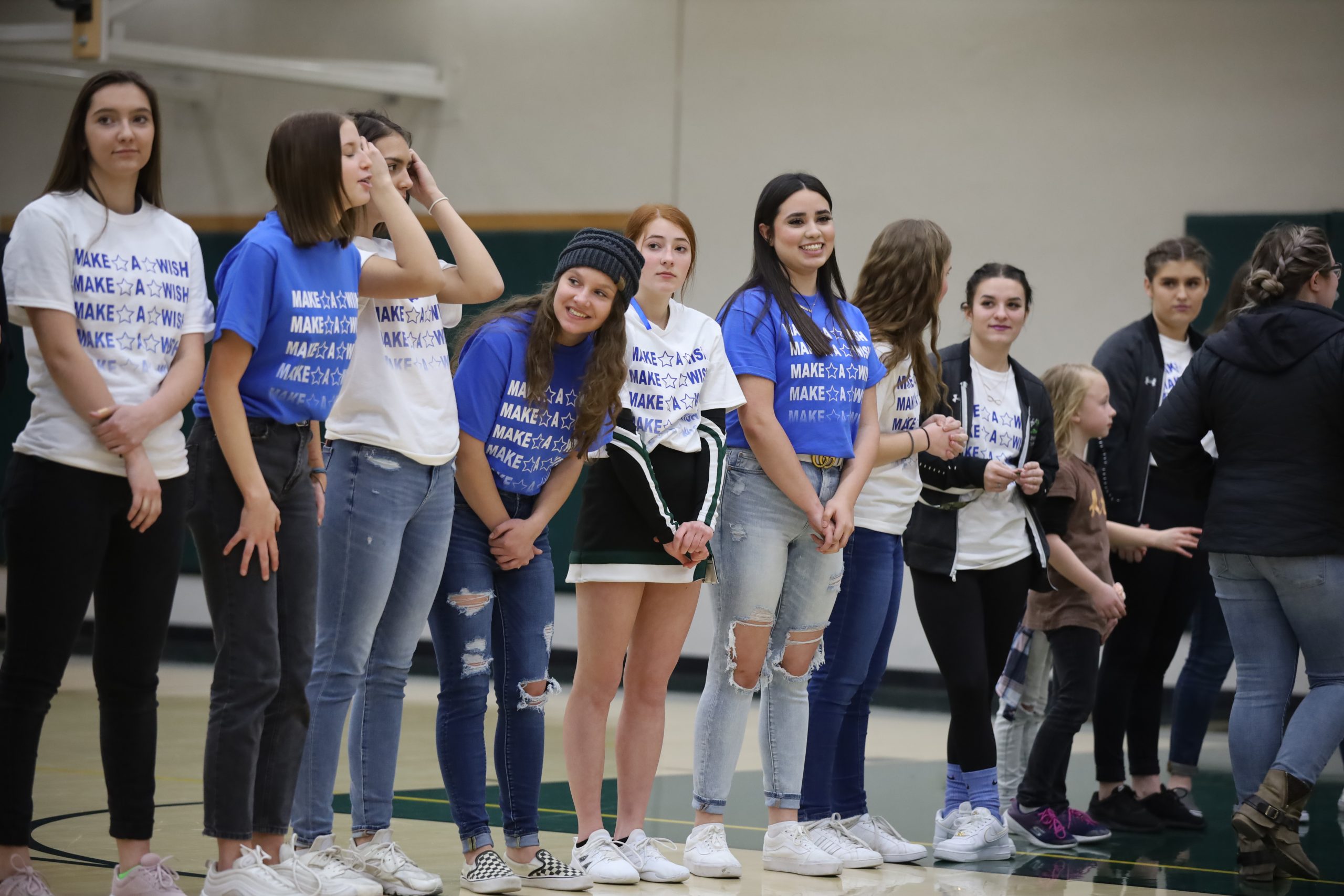 The money helped to grant a local child’s wish to go on a Disney cruise. This year’s wish was the 618 wish that has been granted in Wyoming. All money that is raised stays local to help with other wishes. Currently, there are 54 wishes in the works across the state with six of those wishes in Sweetwater County.

As part of the Make-A-Wish action, the Rock Springs and Green River basketball teams took each other on for the second and final time in the regular season.

The Lady Wolves came out on top with a 66-56 win over the Lady Tigers. Green River won the game in convincing fashion, leading by 20 points for most of the ball game.

On the boy’s side, the Tigers earned a 67-63 victory. Rock Springs jumped out ahead in the first half, but a Green River comeback in the fourth quarter brought the game within three points. The Tigers knocked down a few free throws in the final minute to avoid a sweep by the Wolves this season.