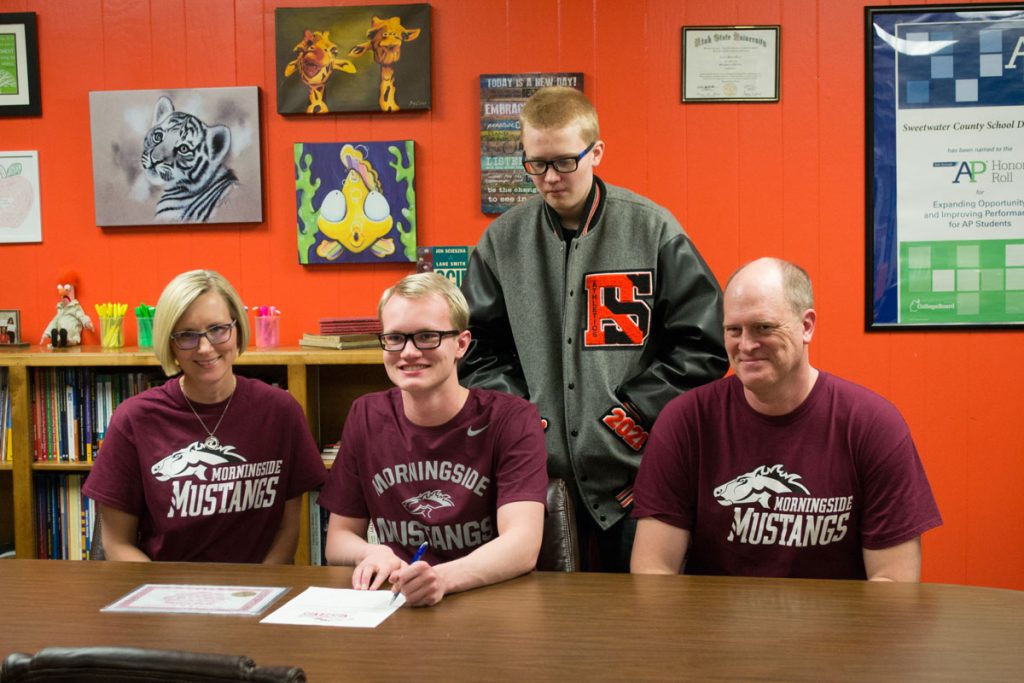 “We are looking forward to having James join the Mustang swimming family,” Morningside head swim coach Bryan Farris said. “He will have an immediate positive impact on our team and adding his talent to those that are returning gives us a chance to significantly improve on a national level.

“I’m not only looking forward to next season but, with quality student-athletes like James on our team, the next four years should be a whole lot of fun,” Farris said.

Spicer was part of the 400 freestyle relay team that holds the Rock Springs High School pool and school records. Ron DeFauw, Bryan Monson, and Darwin Anderson were also on this relay team.

He also holds the Rock Springs High School pool record in the 100 butterfly.

Spicer looked at the University of Wyoming, South Dakota State University, and Morningside’s rivaling school Midland before deciding on Morningside. Academics was a major factor for Spicer when deciding to sign with Morningside.

“They have an amazing computer science lab and there’s a government lab there where you can work with viruses,” Spicer said.

Spicer, who is a 4.0 student, takes his academics very seriously. He is a member of Athletes for Literacy, as well as National Honor Society. He plans to major in computer sciences.

His academic accomplishments helped him receive a Morningside Trustee Scholarship that will grant him $20,000 annually for four years at the college. He also received a Top-Swimming Athletic Grant. 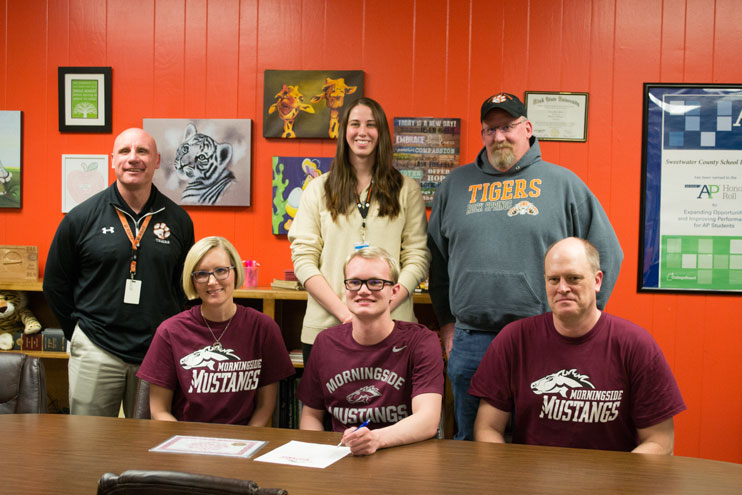 Spicer said he also decided to sign with Morning side because he felt at home with the swim team.

“The swim team just seemed right at home to me,” Spicer said, adding that the swim coach is very similar to the RSHS head swim coach Ron DeFauw.

Spicer said Morningside is “a little lighter on their distance” so he hopes to bring distance to the team. He also hopes to participate on all of the relay teams if possible.