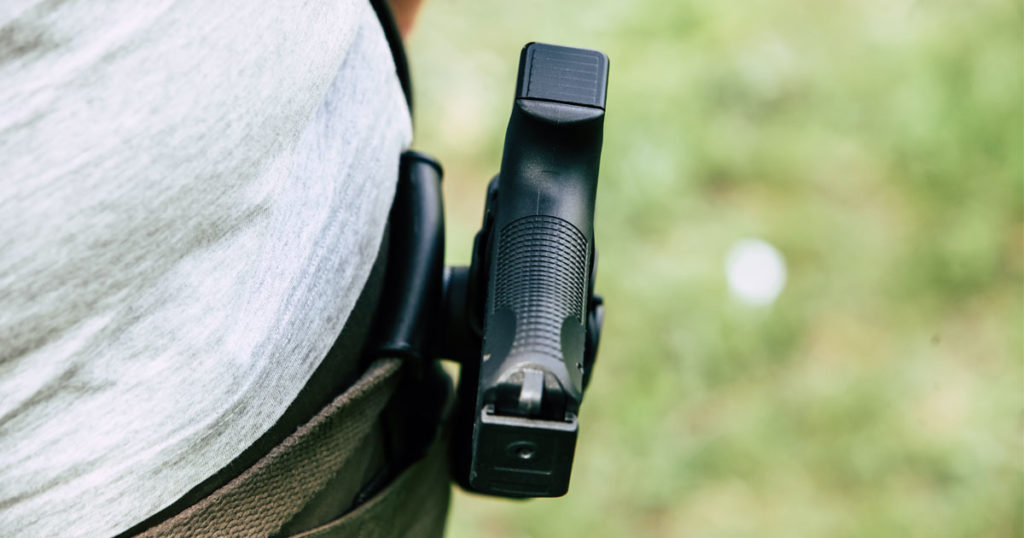 Commissioner Island Richards said the signs are not consistent with any policy or law within Sweetwater County or the state of Wyoming.

“We have signs on our entry doors that are actually not consistent with any policy that the county has, any law that the state has, they’re just there. I think they’ve been there for a very long time, and they probably pre-date the state’s preemption of the state’s firearms laws. Currently under state statute, we’re not even allowed to adopt a policy or resolution that forbids constituents from carrying a firearm into a public area. The only applicable law would be under the concealed carry statutes,” Commissioner Richards said.

According to Richards, this means the county does not have authority to adopt a policy that would forbid the open carry of firearms in public areas, even where government officials are meeting. Open carry is allowed anywhere in a public facility in Wyoming.

The rest of the Commission expressed their support for the removal of the signs, with Commissioner Mary Thoman noting that the Sweetwater Events Complex removed their signs last year because of state statute.

“I just want to tell our staff though, we are concerned about your safety but a sign does not stop someone from carrying a weapon, so the sign is not going to protect you whether we have it or we don’t,” Commissioner Thoman said.

The Commission voted 5-0 to remove the signs and authorized Public Works Director Gene Legerski to do so. Firearms will still be prohibited in the district courts per state statute.