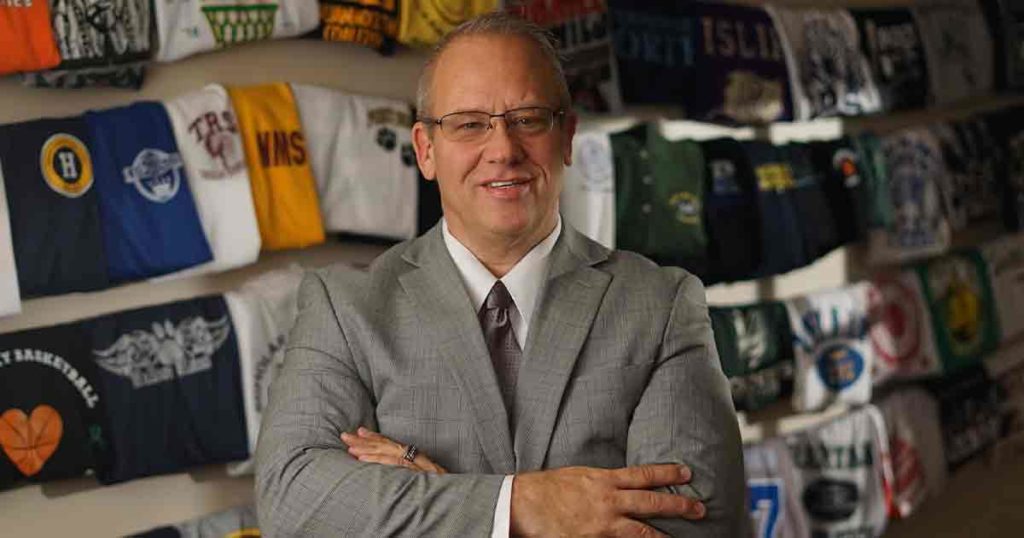 SWEETWATER COUNTY — Striving to steer kids along the right path and keep them there is just one of the reasons why well-known prevention speaker and author Michael DeLeon travels across the country to share his story.

DeLeon founded the Steered Straight program becoming the No. 1 requested speaker in the country, and his next stop on a nationwide tour is Sweetwater County. DeLeon will be sharing his stories about the dangers of drug use and their long-term consequences to students in both local school districts next week.

After being released from prison, DeLeon founded Steered Straight in 2007. He is a successfully acclimated ex-offender who knows what suffering from bad decisions feels like, because he’s been there himself. DeLeon found himself in prison after nearly eight years of drug addiction and gang involvement. But that prison experience started to change him.

“I spent 12 years in prison from 1995 to 2007 and I was involved in the Scared Straight program in prison,” DeLeon said.

According to the Steered Straight website, “The ex-offenders are dedicated to helping steer youth in a positive direction, rather than reliving the mistakes they have made. Those without criminal backgrounds are dedicated to inspiring youth to achieve greatness and overcome every obstacle that they might face.”

DeLeon will be in Rock Springs visiting with kindergarten through 12th grade students next Wednesday. He will speak in Green River visiting with students at the Lincoln Middle School and Green River High School the following day.

DeLeon uses 38 different presentations geared toward children in different age groups from K-4, fifth through eighth grades and ninth through 12th grades. His message is customized and appropriate for each age group.

The assemblies will focus on social and emotional wellness, the power of positive relationships, asking for help in tough situations, adversity and overcoming obstacles, and suicide prevention.

Not only will he be visiting with students and staff but he’s also hosting a special parent academy on raising drug-free healthy kids. The Rock Springs parent academy will take place Tuesday, February 22, at the Rock Springs High School auditorium at 6 p.m. The Green River’s meeting is set to take place on Thursday, February 24, at 6:30 p.m. at the Lincoln Middle School auditorium.

All of this was made possible by the efforts of Mrs. Wyoming AmeriCAN Bree McMullan, who worked closely with DeLeon and both Sweetwater County school districts to plan the events.

“This is about raising drug-free kids and enhancing protective factors. This is about educating parents about things that are threats to their family and threats to their kids that they might not be aware of,” DeLeon said. “This is the most valuable night you’ll ever spend when it comes to awareness on what’s taking place in America today among children.”

For those who cannot make it to the parent event, DeLeon strongly recommends reading the book Victoria’s Voice, the diary of a teenage girl struggling with drug addiction who died from an overdose. Her dying wish was to share her diary and save lives from drugs.

Table Talks, written by authors Michael DeLeon, Shaina Marie Afful and Darla L. DeLeon, has more than 365, three-minute conversations to help deepen the parent-child connection and is another book parents should read. Both of those books can be purchased on Amazon.

Some of the drugs he specifically mentioned children are using include fentanyl, marijuana, nicotine, and alcohol. Fentanyl is a synthetic opioid that is 80-100 times stronger than morphine and is often used with alcohol or other illicit drugs such as heroin or cocaine.

A lot of this has to do with the fact that in 2018 United States Congress approved the 2018 Farm bill which legalized the regulated production of hemp.

“A lot of people in America are okay with that because in people’s mind hemp is not hallucinogenic, and can’t get you high and that’s absolutely untrue,” DeLeon said.

Nicotine usage among American teenagers is at an all-time high as well.

“They have a higher nicotine usage in America than ever before because of vaping devices,” DeLeon said.

According to DeLeon, nicotine and marijuana are two of the three gateway drugs for kids.

Unfortunately, the horrible statistics don’t stop there. Due to the increase in drug use, America is seeing more health problems at younger ages, including respiratory disorders, cancers, COPD. This is basically due in part to children starting to use drugs at younger ages, DeLeon said.

According to the CDC’s website, that “an increase of 28.5 percent from the 78,056 deaths during the same period the year before.”

DeLeon said he keeps going from state to state and from school to school to share his story to let kids know they can tell someone what’s going on and ask for help. He said shortly after one of his recent school visits last week, a student, who was considering a suicide attempt, reached out to him for help. He made sure the student received all the attention needed from the school and counselors. This example is just one of the reasons why he keeps going.

DeLeon said he’s passionate about his mission and promoting a drug-free healthy lifestyle and this interview only scratched the surface of the topics he will be talking about next week. For more information, visit the Steered Straight website.