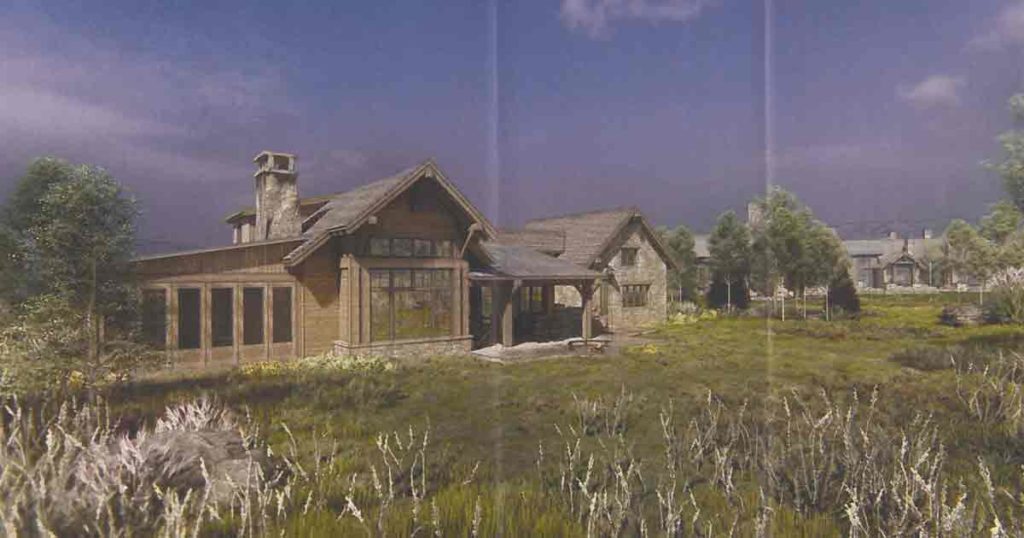 Here is a rendering of what the Jackson Fork Resort will look like when completed.

With a 3-2 vote, the Commission also went against the Sublette County Planning and Zoning Commission’s recommendation of not approving the zoning change from agriculture 1 to recreational service 1.

According to an article in the Pinedale Roundup, TD Ameritrade founder and part owner of the Chicago Cubs Joe Ricketts appeared at the meeting in person to advocate for the zoning change so he can build a resort called Jackson Fork Ranch Resort and Cabins. There were around 100 people attending the meeting in person and roughly 70 joined online.

According to Exhibit B in the Change of Zoning District Boundary Application, Ricketts requested 56 acres of Agricultural 1 land to be rezoned to Recreational Service 1. This will allow for the construction of a 15-20 room resort and guest cabins, which will be constructed in two phases.

“Both phases will be constructed with little to no viewspace impact on the bench above the Upper Hoback County Road,” Exhibit B states.