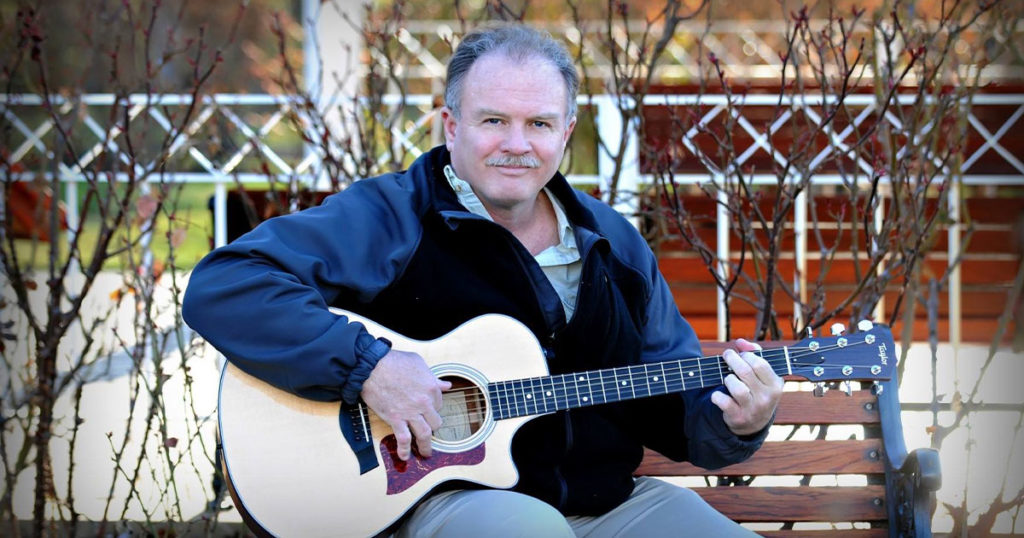 Wayne Worthen, who has been playing acoustic guitar since 1970 and singing as a toddler, will be performing during one of the lunch-hour concerts.

ROCK SPRINGS — Did you miss the first Brown Bag Concert? Don’t worry there will be 12 more taking place throughout the summer.

The Rock Springs Main Street/Urban Renewal Agency has rolled out the seventh year of their lunchtime concert series – the Brown Bag Concert Series. The concerts will take place Tuesday this summer from June through August from noon to 1:30 p.m.

Due to ongoing construction on the historic First Security Bank building, the concerts will be located on the lawn behind the Sweetwater County Health and Human Services building at 333 Broadway; picnic tables with umbrellas will be available for guests. The shows are free and guests are invited to bring their lunch and enjoy a summer day in Downtown Rock Springs; most of the Downtown restaurants offer take-out as an option for lunch.

The concert series will feature a variety of music styles including country, rock, folk, Americana and more.

For ZamTrip to say that rock and roll runs in their blood is an understatement. The band was started by the three Zampedri brothers in Rock Springs, Wyoming.

ZamTrip has a very classic rock sound with a modern twist brought through the Lzzy Hale inspired lead vocals of Samantha. She isn’t your typical “rocker chick” hiding behind a corset and a backing track. Samantha can sing at a national level and has no qualms owning the stage. The Zampedri brothers have been playing together since birth so despite the bands young age you can’t ask for a tighter rhythm section. In an age of heavy electronic influence, backing tracks, and auto tune, ZamTrip cones as a breath of fresh air offering raw rock and roll preformed at its finest.

Peterson is a saxophonist originally from Rock Springs, Wyoming.  Peterson received his undergraduate degree in Saxophone Performance from the University of Wyoming in 2016, and a Masters Degree in Jazz Studies: Performance from the University of North Texas in 2019. He currently lives in DFW where he teaches in multiple school districts, and leads his own ensembles.

Peterson began playing the saxophone at the age of 11; he was the first in his family to take up music. At the University of Wyoming, Peterson studied saxophone with Dr. Scott Turpen and Dr. Jennifer Turpen, and studied improvisation with Dr. Ben Markley.  Along with serving as a section leader in both of UW’s top ensembles, Peterson was selected as a finalist in the 2015 Dorothy Jacoby Concerto Competition. In 2016 he moved to Denton, TX to pursue a degree in Jazz Studies: Peformance where he studied with Brad Leali. Peterson served as lead tenor in the 2 O’clock Lab Band under the direction of Rodney Booth, and can be heard on the album Two More Twice, released in 2018. Upon graduating, Peterson continues to reside in the North Texas area where he has a large private studio, teaches masterclasses in multiple school districts, leads his own projects, and works with party bands in the region.

Rupert is a long-standing favorite at the Brown Bag Concert Series.  He was born in London and studied at Oxford University. He has been a full time songwriter since the late 1990s, when he signed a publishing contract with Eaton Music Limited.  In London he worked with some of the best performers in the city.  Moving in 2001 to Paris, Wates formed his own quartet and began playing live regularly. In fall 2006 he came to the US. He is now based in New York City and Colorado.  Since coming to the US, he has won more than 40 songwriting and performing awards.

His music is an eclectic mix of acoustic, melodic art/folk, with flavors of jazz, vaudeville and cabaret. He has released nine solo CDs. They have received outstanding reviews in the international online press and tracks from them have been played on radio all over the world.

Micah Paisley is a local singer/songwriter who plays guitar and bass respectively in bands such as Joe Barbuto and the Cave Crew, Primary Source, and Eagle Beak. He also preforms solo with his unique brand of original music. Groovy, chill, and melodic come to mind to describe his sound.

Joe has been tackling the keys for many years. Many recognize him as a band member in local band, Wy5. He also has his own band, Joe Barbuto Trio.

Dave Pedri and the EIO Band has been playing around Sweetwater County for over thirty years. Pedri was inspired by John Corona, an Italian accordion player. He wanted to keep the tradition going in the family.

Wayne Worthen has been playing acoustic guitar since 1970 and singing before he could talk (according to his mom). He writes and enjoys playing/singing Folk, Folk Rock, Celtic, Blues, Ragtime, Bluegrass, Classical, Country, Rock n Roll, and Smooth/Soft Jazz.

He tries hard to write music that has feeling and passion. It is his sincerest hope that audiences will find that listening to his music helps to enhance life, and that it – in some small way – brings joy and warmth.

Chicago-based singer-songwriter Pierce Crask, accompanied by his guitar and harmonica, and drawing from influences such as Townes Van Zandt, Steve Earle, John Prine, Bob Dylan, Greg Brown, and Chris Smither has been entertaining audiences professionally since 1999.

In addition to folk, country, and blues, Pierce’s love of rock and roll acts such as Chuck Berry, The Rolling Stones, The Allman Brothers, and the Grateful Dead led him to form his band, The Falling Martins, with songwriter/bassist Rich Wooten and pianist Paul Tervydis in 2001. 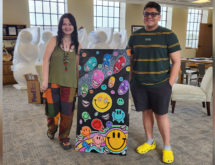 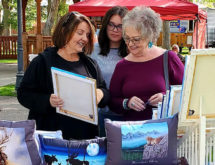 Calling All Artists…ARTember Event Right Around the Corner 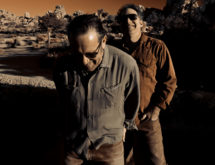 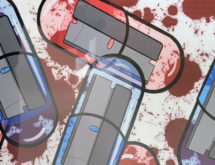