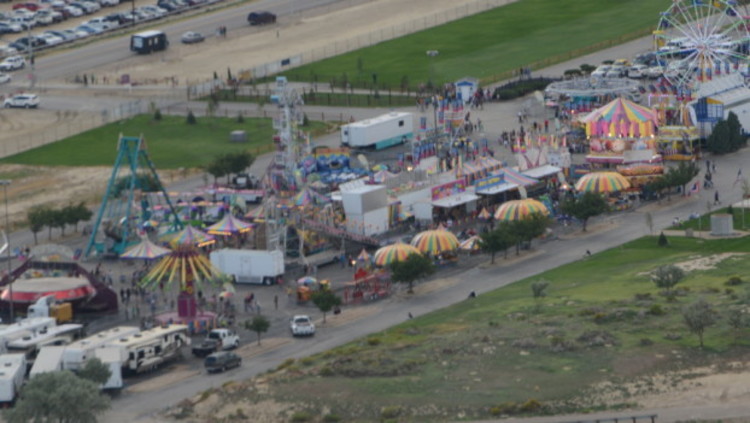 The first opening discussed was for the Fair Board at the Sweetwater Events Complex. County boards have limits of two terms but during the discussion it was discovered the Fair Board is different.

For the Fair Board, a term is for five years. Commission Chairman Wally Johnson explained Paul Zancanella’s term was up but noted he has been on the board for 15 years. Johnson said they way he understood it was two terms limit. Both Commissioner John Kolb and Director of the Events Complex Larry Lloyd said the fair board does not have a limit on the amount of terms a person could sit on the board.

When asked for his thoughts, Lloyd said the complex is getting ready to bid for a couple of large rodeos including the National High School Finals Rodeo. He explained Zancanella has been a crucial part of these negotiations because of the contacts he has on the other side of the table.

Commissioner Gary Bailiff said Zancanella was the logical choice while Kolb also added Zancanella’s experience is valuable to the complex.

The other commissioners agreed Zancanella has been a tremendous asset to the complex and the work he has done while on the board has benefited the entire county. Johnson explained Zancanella called him and expressed his desire to continue to serve on the board.

Commissioners Reid West and Don Van Matre also spoke highly of Zancanella’s work but because they had several applications from other residents thought it might be time to give someone else the opportunity to serve. Van Matre said he believed they needed to be consistent with all county boards and the term limit issue. Johnson agreed and stressed by no means is this a vote against Zancanella.

West made the motion to appoint Roger Torgersen to the Fair Board. Johnson, Van Matre and West voted for Torgersen while Kolb and Bailiff voted against the motion.

There were several other appointments which were approved. For the Sweetwater County Recreation Board, Jason Faigl was unanimously approved to fill Allan Wilson’s term. Wilson recently resigned from the board.

The commissioners also unanimously approved three residents to serve on the Ten Mile Water and Sewer District. They include Michael Tacke, Gordon Scott and Ann Etcheverry.