Craig Nelson, a Rock Springs appointment, was appointed in June of 2011 to fill the unexpired term of Mr. Mike Maloney. Mr. Nelson was reappointed in November of 2013 for a 3-year term, by the Rock Springs City Council. Mr. Nelson was a dynamic board member and served on the Grant Committee. He also served as the Vice-Chairman and Board Chairman during his tenure on the Travel and Tourism Board. 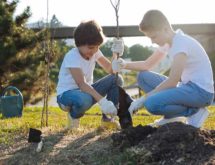