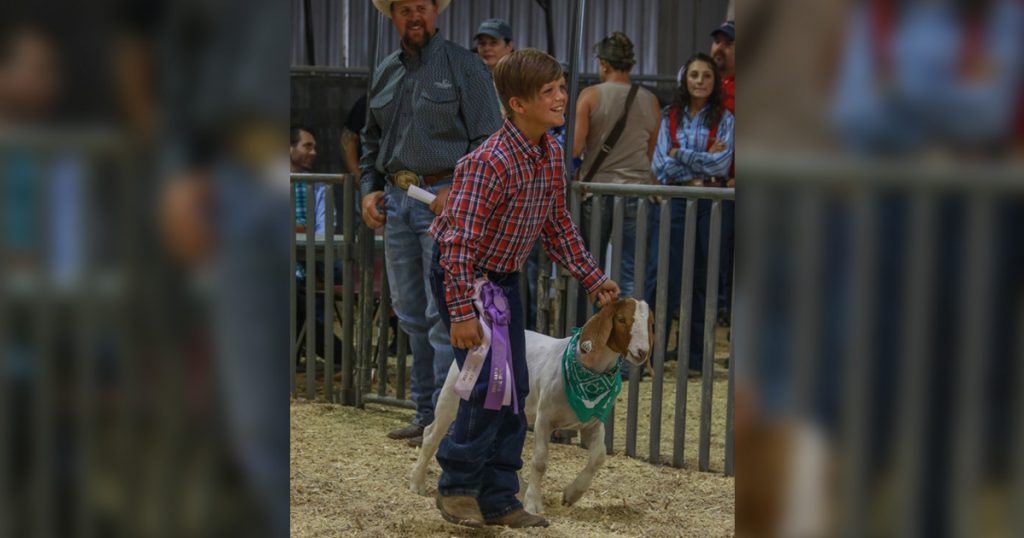 Jakob Lloyd during the Youth Livestock Auction. The Agricultural Award was one of three given to Wyoming's Big Show this year by the IAFE.

ROCK SPRINGS — The Sweetwater Events Complex was just announced as the
winners of three awards from the International Association of Fairs and Expositions (IAFE) for Wyoming’s Big Show.

Wyoming’s Big Show took first place in a Single Photo of a Competitive Exhibit Display.
Over the last several years staff has improved the competitive exhibit displays (quilts, flowers, photography, crafts…) and made it more of a focal point in the main exhibit hall.

Those improvements have been well received by the community and now have received recognition from the International Association of Fairs and Expositions.

The IAFE recognized Wyoming’s Big Show for doing an outstanding job with their advertising and publicity. The brochure highlighted horse and livestock shows, daily entertainment, concerts, sponsors and more.

And finally, Wyoming’s Big Show received second place in Agricultural Awards for a
great photo of Jakob Lloyd with his 4-H market goat during the Youth Livestock Auction.

The photo was judged by a panel of representatives from agriculture organization around the country.

The International Association of Fairs and Expositions (IAFE) represents more than 1,100
fairs around the world and more than 900 members from allied fields.

The IAFE is focused on promoting and encouraging the development and improvement of agricultural fairs, shows and expositions.