SWEETWATER COUNTY — You have seen ‘strangulation of a household member’ listed as the charge in the local arrest reports many times. Ruthann Wolfe YWCA Development Director sent this statement describing the effects of this silent killer on the community. Along with what you can do to help stop it from happening.

When you hear the term “silent killer” most will think of the deadly gas carbon monoxide. We safe guard our homes from it with alarms and when detected we contact someone to fix it. You know the signs and you take the appropriate measures to fix the situation, if it is not fixed death may occur.

But do you know about the other “silent killer” that goes unrecognized too often? One in which there are usually no signs and no one wants to talk about. I am talking about strangulation.  When one thinks of domestic violence they think of bruised arms, black eyes and busted lips.

All too often perpetrators are enforcing control and fear in a way that can leave a victim injured, with brain damage or dead. Strangulation is intentional pressure on the throat and neck and is often not recognized as a serious act because its dangerous effects can be invisible and/or delayed. In as little as five to ten seconds, irreversible damage can occur leaving no visible external injuries.

Dangerous effects of strangulation include:

Strangulation is the most lethal form of domestic abuse; and perpetrators use it to prove to their victim the power they have and how easy it is to kill them.  Research confirms that the act of placing hands or a ligature around a victim’s neck introduces a different level of lethality, rage, and brain injuries than assaults such as pushing, punching, kicking, or slapping.  (Ellen Taliaferro “”Strangulation in Intimate Partner Violence”)(Connie Mitchell ed., 2009)(Survey Results of “Women who have been strangled while in an abusive relationship”).

Victims are often left feeling submissive and because they have no visible external injuries the non-fatal strangulation is minimized by professionals, it sends the wrong message to victims and perpetrators, resulting in inadequate risk assessment and safety planning.  Almost half of all domestic violence homicide victims have experienced at least one episode of strangulations and are 700 percent more likely to be a victim of attempted homicide and 800 percent more likely to become a homicide victim of the same partner.  (Nancy Glass 2008).

Strangulation accounts for 10 percent of violent deaths in the United States.  The phenomenon of minimizing a violent and life-threatening act occurs for two reasons: first, and most importantly, victims of strangulation often do not present visible injuries; and second, domestic violence cases in general are inherently difficult to prosecute.

The Sweetwater County Family Justice Center, a YWCA of Sweetwater County program, is working diligently to empower victims of family violence and provide the resources and support necessary in one convenient location violence.  The Family Justice Center partners with agencies throughout the county to provide support, advocacy, resources and services to victims of family violence and increase prosecution.  A 24 hour crisis line and a safe house is available for victims.

Lauren Schoenfeld, YWCA Executive Director and Certified Strangulation Expert Witness says “It is critical to get the word out that this act of violence is occurring in our communities and will absolutely not be tolerated.  The first step to this is knowledge and cooperation amongst partner agencies including training for all Family Justcie Center partner agencies, on recognizing signs of strangulation. Additionally the community can help stop the violence by recognizing the signs, believing an individual when they state they have been victimized and showing compassion for victims.”  “The ultimate goal is prosecution against those that use strangulation and all forms of family violence towards their partners and children”.  The Family Justice Center is currently working on developing and implementing a protocol to be used in all strangulation case. The FJC will also bring in professional trainers from The National Training Institute on Strangulation Prevention with partial funding provided by the City of Green River in the next several months.  “Being able to provide agencies and professionals the opportunity to attend a training such as this is very expensive. However, the benefits and knowledge they will take from it will far exceed the cost and could save lives in our community”, states Schoenfeld.

In the last ten years, 37 states have passed into law making strangulation a felony act including Wyoming in January 2011.

Wyoming State Statue 6-2-509 states:  If an offender causes or attempts to cause bodily injury to a household member by an action that impede the victim’s blood circulation or ability to breath, the offender can be charged with the crime of strangulation of a household member.

Since January 2015, 16 individuals have been booked into the Sweetwater County Detention Center on felony strangulation charges.  The US Department of Justice estimates that only 25 percent of victims actually report abuse including strangulation.  Effective intervention in non-homicide strangulation cases will increase victim safety, hold offenders accountable for the crimes they commit and prevent future homicides.

How can you get help or help a loved one?

If you or someone you know is a victim of domestic violence, sexual assault, elder abuse, strangulation, dating violence, child sexual assault, child abuse and/or stalking please call the Sweetwater County Family Justice Center at 307-382-3124.  Trained advocates are available 24 hours a day to assist you or your loved one.  All services are free and confidential.

“Too often these victims of strangulation and/or all forms of domestic and sexual abuse feel unbelieved and helpless turning to drugs, alcohol or a criminal life. Statistically individuals who commit crimes including murder and violence against law enforcement were at one time victims themselves.”  Stated Schoenfeld.  “It is our job to change this cultural norm by assuring every victim of all family violence are heard, protected and provided the support they need, because it is our problem and it does affect our communities”.

Excerpts from this article taken from www.familyjusticecenter.org and Training Institute on Strangulation Prevention 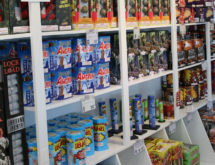