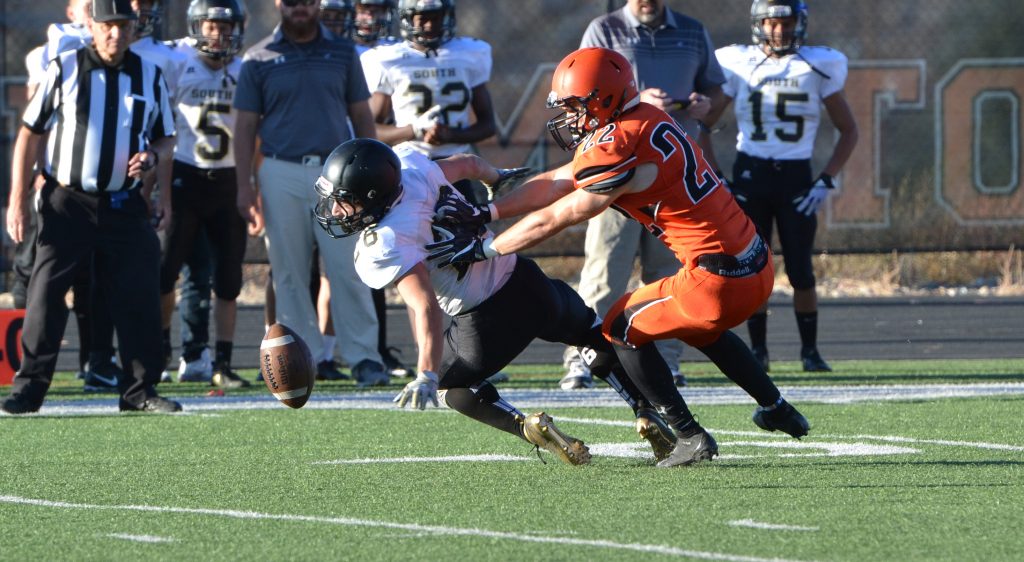 GILLETTE — The Rock Springs Tigers evened their record to 3-3 in a dominating 22-0 win over the Campbell County Camels.

Rock Springs showed out defensively against the Camels and has now won back-to-back years against Campbell County for the first time since the early 2002.

The Tigers drove 86 yards during their first offensive possession and scored. Justis Reese would find Landon Toth on a 8-yard hookup to give Rock Springs an 8-0 advantage over the Camels early in the first quarter.

Rock Springs would not find the endzone again until the second half.

Campbell County put together a solid drive towards the end of the first half. Cole Martin had set up the Camels in scoring position before Rock Springs would intercept the ball on the one-yard line and prevent the Camels from scoring.

The Tigers defense would only cause more havoc in the second half for the Camels. Rock Springs stopped the Camels on fourth down twice and snagged another interception in Tiger territory.

Offensively the Tigers scored two more times. One touchdown would come in the third quarter on an 11-yard touchdown scramble by Reese to extend the lead 16-0. In the fourth, Brendan Jassman scored the final touchdown of the game on a one-yard run.

The only thing more impressive than Rock Springs’ defense was the ability to control the clock. Rock Springs particularly did well on third down conversions and moving the chains which allowed them to eat up the clock.

Next week the Tigers will travel back to Gillette to take on former number one Thunder Basin who was upset by Natrona Friday night. The game is scheduled to start at 6:00 pm in Gillette.