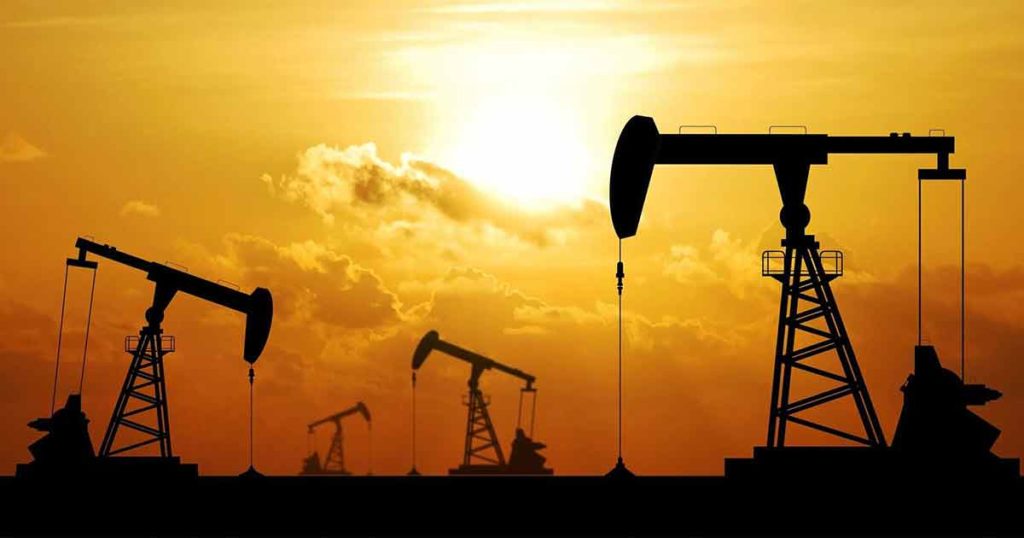 (Wind River Reservation, WY) – The Eastern Shoshone and Northern Arapaho Tribes announced on June 4 they have officially taken over the Circle Ridge Field on the Wind River Reservation after decades of leasing it. This announcement comes after both Tribes agreed in January 2021 to let their lease with Merit expire.

The historic event was a recent culmination of weekly meetings and failed attempts at renegotiating the oil and gas lease with Merit– who had owned the lease for three years after purchasing it from Marathon Oil Company in 2016.

The tribes marked the historic moment with a celebratory event at the Frank B. Wise Building on June 1. The Eastern Shoshone and Northern Arapaho Business Councils invited their support team from the Division of Energy and Mineral Development (DEMD) of the U.S. Department of Interior Indian Affairs who played an important role in the final decision making as well as the ongoing transition of ownership.

“These are your minerals, these are your assets, Circle Ridge now belongs to you,” said Roberto Betancourt Castro, DEMD petroleum engineer. “You’re in charge of that moving forward and we’re going to be there for you every step of the way.”

This indeed was a special moment for the tribes, said SBC Chairman John St. Clair, who explained it was also a culmination of past events including the Indian Mineral Development Act of 1982.

“Today is the most significant milestone in the history of the sovereignty of the Northern Arapaho and Eastern Shoshone Tribes of the Wind River Reservation,” said St. Clair.

In recent negotiations, Merit refused to offer the royalty that was set in the expiring lease– 29 percent– to the Tribes. Instead they lowered their proposal to resemble what they explained was a declining curve in oil extraction. Industry experts with DEMD offered professional advice and extensive research that showed the field had potential especially with the use of newer technology and advanced techniques and methods for oil drilling. This could increase barrel rates per day from fields that are currently in tertiary recovery.

Under provisions of the lease, either party could initiate the arbitration phase due to the inability to agree on a lease renewal. At that point, council members were more enticed to take over ownership- a step they have attempted several times in the past and under the leadership of several different councils.

After deciding to take over the field and after a thorough selection process, MI3 Petroleum Engineering was selected as the operator to implement the new technology and techniques. Carlos Pereira of MI3 was present at the event and shared that when they started to analyze data, they could see the projected decline in production regardless of who was operating the field. It was obvious that current practices would continue to drive production in a downward slope, he said.

“So the business structure was very good for all these companies to make money out of the operation but it was not very good for them to bring money back,” he added. “So something needed to change and you have to congratulate and also recognize the courage that the council had to change the model of the past for a different model.”

Why receive 29 percent in royalties when you could have 100 percent, Pereira emphasized to the tribes. Merit was suggesting an even lower percentage at 20 percent.

Pereira reassured the council that numerous fields outside the reservation are successfully using newer technology and methods and their fields could too.

“We’re going to do that by taking baby steps. Every time you try to make big changes there’s always risk associated with those changes,” he said. “Unfortunately, the practices of the past are not the best but we’re going to be changing those slowly and we’re going to get to the highest possible standards that we can.”

He shared that MI3 plans to invest in training new crews, especially the tribal members that have already been hired and will be hired in the future.

Circle Ridge Field produces about 60 percent of the oil that’s produced on the reservation.

“It’s our largest field and that is why our decision was so significant,” St. Clair said.

In an overwhelming showcase of gratitude expressed back and forth between the DEMD support staff and the council members along with each tribe’s legal aid, Zane Gordon, Petroleum Engineer – Branch Chief for DEMD, reminded them that DEMD was created after the Federal Oil and Gas Royalty Management Act and the Indian Mineral Development Act of 1982 were created. These were a result of the oil theft that was discovered in the 1970s on the Wind River Reservation.

St. Clair recalled when in the 1970s, tribal members Orville St. Clair and Wes Martel grew suspicious of oil tankers that made nonstop trips to and from the tribal oil fields every day, all day. Their suspicions were confirmed when an employee of the United States Geological Survey informed them that oil companies operating on the Wind River Reservation were not accounting for all of the oil that they produced.

Tribal members had previously made reports to the appropriate authorities for several years but nothing happened. This time St. Clair and Martel organized a small group to launch an investigation. They enlisted the aid of traditional elder, poet and author Rupert Weeks who was instrumental in advocating the scope of the problem. As a result, the Eastern Shoshone Tribe created the Shoshone Oil and Gas Commission.

The story reached the media and the U.S. Senate. The wrongdoing was uncovered and Congress also created the Federal Oil and Gas Royalty Management Act (FOGRMA) which through additional divisions in departments eventually created the DEMD.

The Eastern Shoshone and Northern Arapaho “Tribes had changed the history of oil and gas development across the country,” stated an article from wyohistory.org.

Vice-chairman John Washakie also noted more problems they faced in the 80s and 90s when he was a council member and it was discovered that a company owed the tribes royalties on roughly 470,000 barrels of oil and refused to pay.

“I’m just happy that I caught the tail end as I’ve been a part of it,” he said.

New laws and regulation standards were created to better track and regulate oil and gas leasing with tribal lands. Congress also ordered that inspections be made by the Bureau of Land Management rather than the USGS.

The decision to take over the oil and gas field presented a new sense of independence and courage, said chairman for the Northern Arapaho Business Council, Jordan Dresser.

“I think at the end of the day, it talks about our own tribal sovereignty and doing things for ourselves which I think is a really empowering thing,” he added. “I feel like today is the start of kind of a new era for all of us here on the Wind River.”

This also created a mold to use for future endeavors or those that have been considered in the past, he added.

Noting that the tribes have encountered hurdles with their oil and gas resources since before he was born, SBC member Mike Ute said the recent work to arrive at this management position was extremely difficult and stressful due to the complicated format in which it is governed.

“It almost seems like the system was set up so that the tribes could not manage their own resources,” he said. “We’ve gone from participant to management and that’s something that we should all be very, very proud of not only the tribes but our community.”

“We have operations in Asia, Africa, in the UK, South America, Canada, Mexico and the U.S. and I have never seen a system so complicated for you to do business,” Pereira said. “It is extremely difficult to get anything done like you could get done in other places.”

Betancourt Castro called it an “iconic moment” that should also be seen as a celebration of how both tribes worked together.

“This is a moment for us to take a step back and take a moment and look at how far we’ve come,” he said. “And look at the two tribes and how far they’ve come together in the last several months.”

It was pointed out that out of all the tribes DEMD assists throughout Indian Country, the Shoshone and Arapaho Tribes are in a unique position because of the amount of land they have with the abundance of oil and gas resources.

There’s much more potential for the tribes both with Circle Ridge and other “economic engines on the reservation,” Betancourt Castro said.

“There are a lot of things that we see on the reservation that can increase value for the tribes in several ways,” he said.

Pereira noted that the field was already showing signs of oil production in areas where it was inactive for a long time. Beginning on June 1, MI3 began inspecting every piece of equipment on the field to see its condition and reliability.

“We are basically mapping every single step to start bringing the production back. (It) will take a little bit of time,” he said. “We’re going to do it safely…We don’t want anything to happen to anybody or any piece of property.”

If oil prices continue to rise in the next months and years, both tribes are projected to see an increase in royalties, revenue and subsequently per capita payments to their tribal members. Council members noted that it could take a year or two before the benefit of taking over the field can be seen more in-depth.