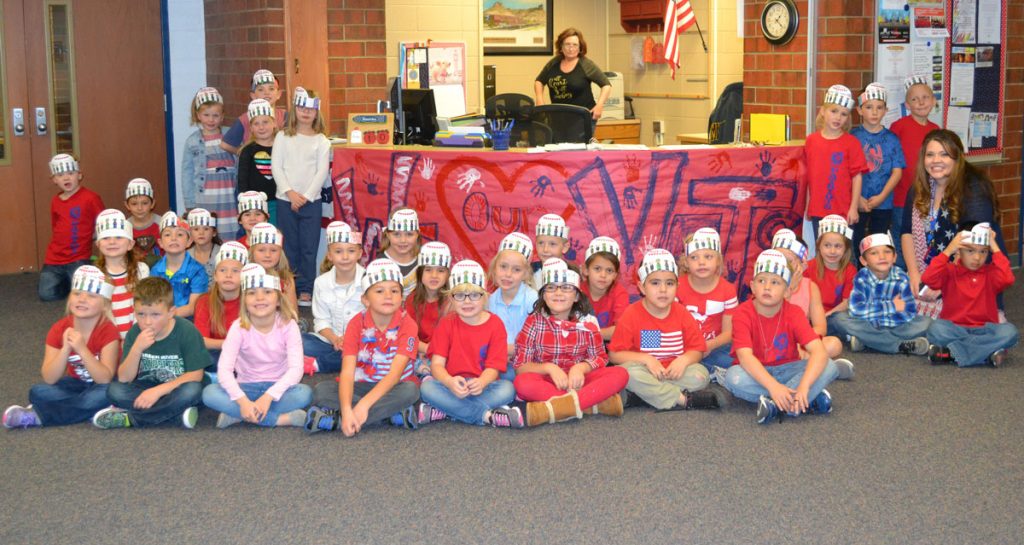 GREEN RIVER—Two local veterans visited Washington Elementary School on Friday, November 10, for Muffins with Military, in which they answered students’ questions about their experiences in the military and ate muffins with the kids.

Dustin Ray, a member of the Marine Corps, and Lorenzo Montoya, who served in the Army, visited Washington Elementary teacher Kristian Brownlee’s classroom to talk to the students about their time in the military. 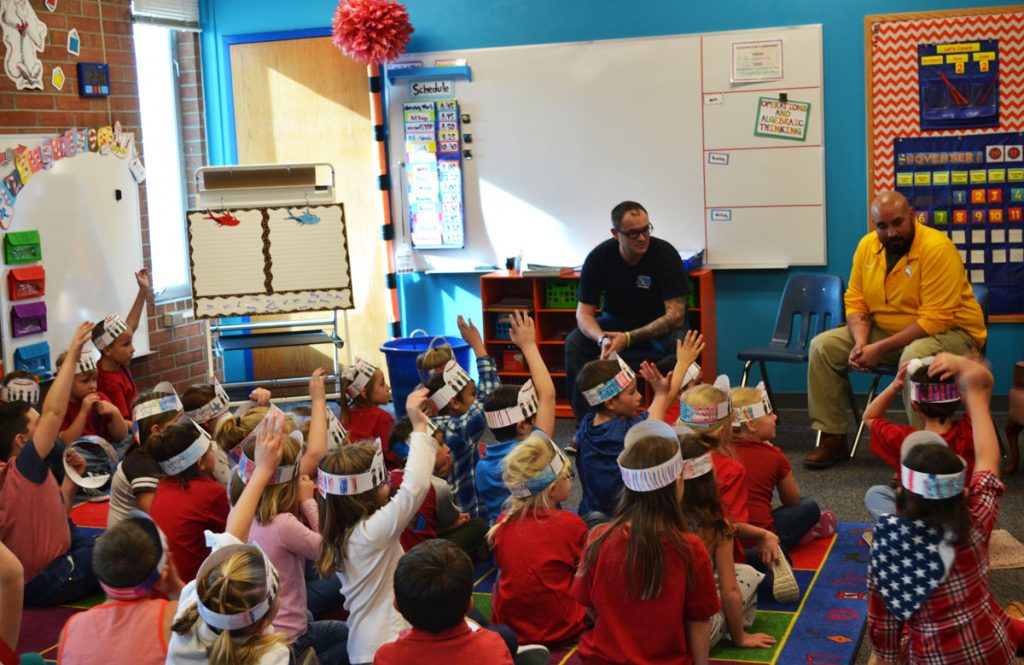 Students Were Eager to Ask Questions

Ray served in the Marine Corps for eight years and was deployed to several places including Iraq. Montoya served in the Army for five years, was employed to Afghanistan, and is still in the active reserves.

The kids were eager to ask questions to Ray and Montoya. They asked several questions like if they trained a lot, what kind of machines they ran, what kind of food they ate while serving, and what their favorite colors are. 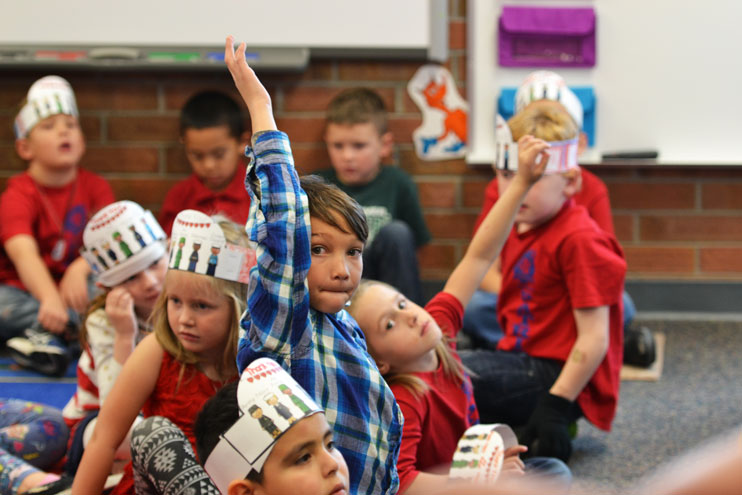 One student asked the vets if they made any friends while serving in the military.

“I made a lot of friends all over the world,” Montoya said. He added that the people he served with are like family and that they protect each other.

Both Ray and Montoya agreed that they’re favorite part of serving in the military is the camaraderie and friendships that they made.

“You don’t make friends like you make in the military,” Ray said.

“They’re almost closer to you than your real brothers and sisters are because you go through it all together,” Montoya said. 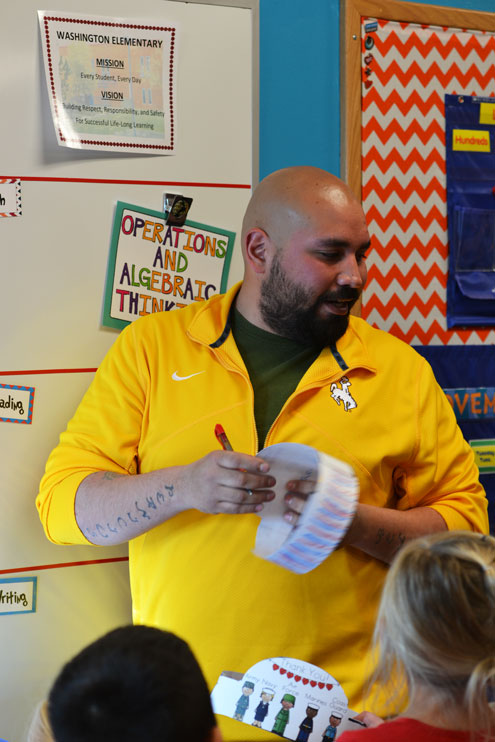 Why They Joined the Military

When asked why they signed up for the military, both men cited the 9/11 attacks. Mrs. Brownlee reminded the students that they talked about 9/11 and briefly explained the attacks.

She said that she remembers exactly where she was when she found out what happened on September 11, 2001.

Ray said he was a junior in high school when the attacks happened, and they made him upset and angry. He felt he had to sign up to protect the country. Ray signed up for the Marines when he was seventeen.

Montoya was in seventh grade when the attacks happened. Montoya signed up for the Army when he was 21, which he said was kind of late, he still cites 9/11 as a major reason he decided to sign up. 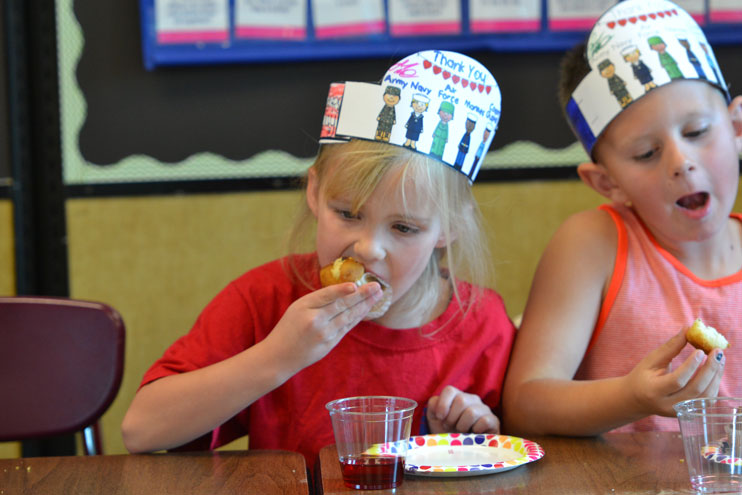 After the students asked several questions, they gave Ray and Montoya pictures that they drew for them, thanking them for their service.

They also had the veterans sign the hats they made, which had the different branches of military on them. They all lined up to get Ray’s and Montoya’s autographs.

The kids then ate muffins and drank juice with the veterans and continued to talk to them and ask them questions. 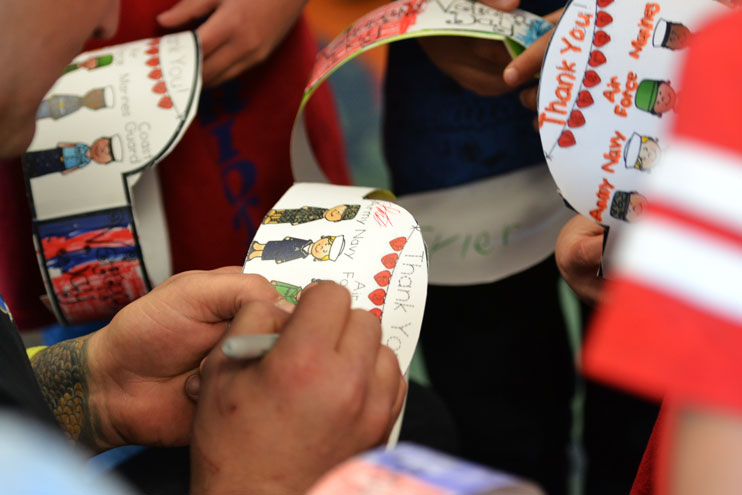 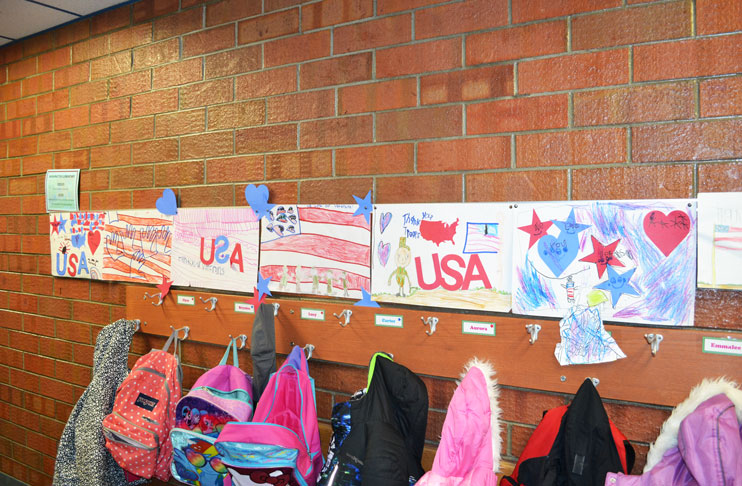