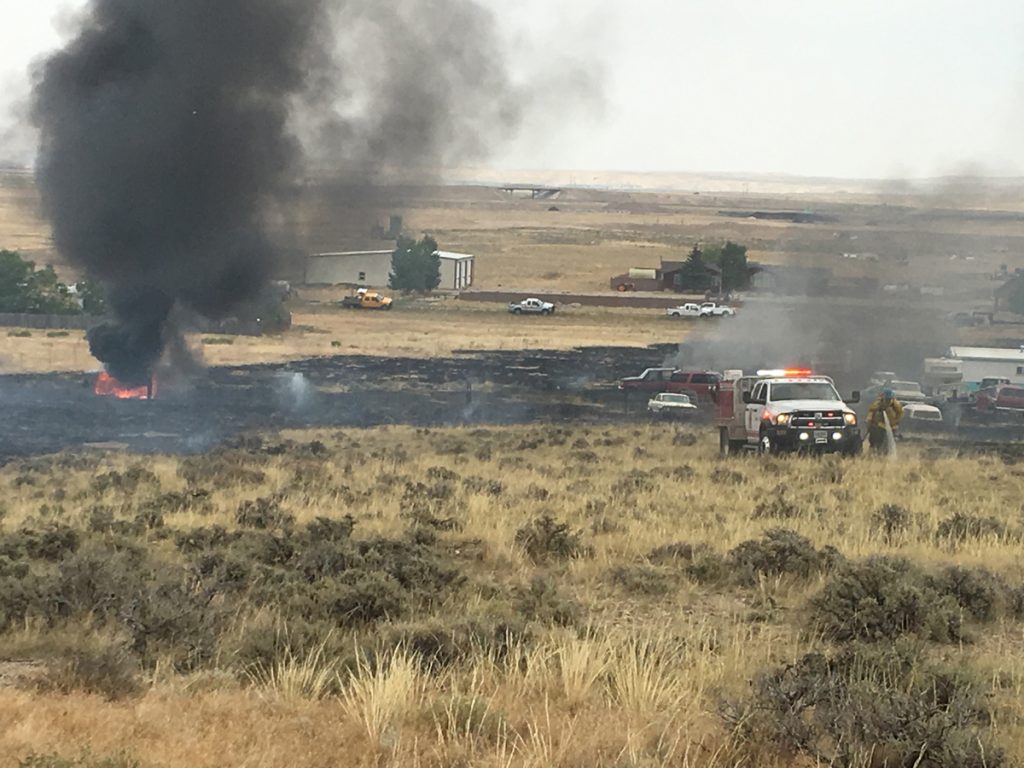 UPDATE — The fire outside of Granger is now contained to just under 10 acres, according to Sweetwater County Fire Warden Mike Bournazian.

Several outbuildings and numerous vehicles have been lost, but no primary residences as the fire move through populated area, thanks to the quick actions of the Granger Volunteer Fire Department.

One primary residence was partially damaged but was saved.

No injuries were reported and the cause of the fire is now under investigation.

According to County Fire Warden Mike Bournazian, it is a structure fire that is also a wildland fire north of Granger.

The fire is approximately 10 acres.

Multiple structures have been threatened.

Fire crews are currently on scene.

Updates as we get them.