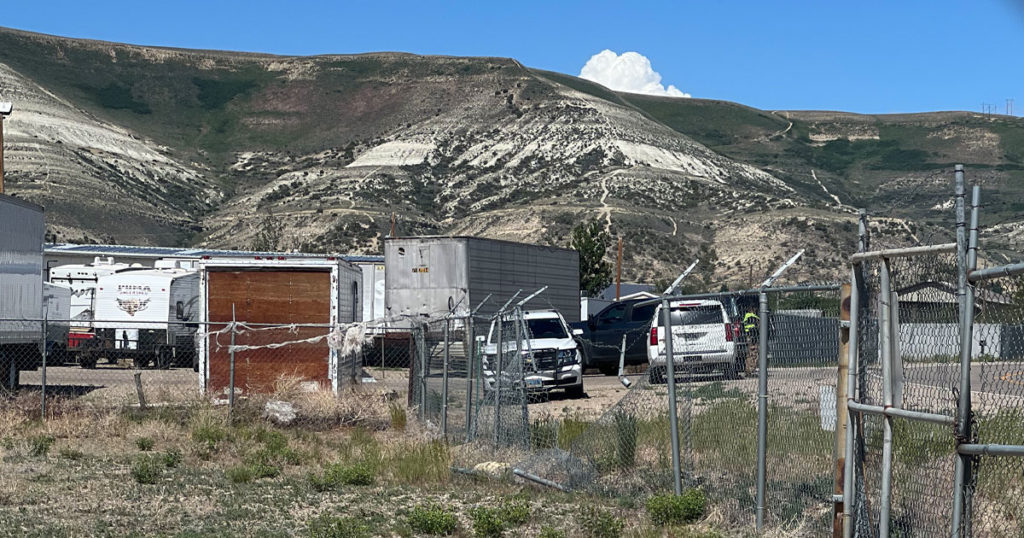 The suspect was apprehended shortly after 10 a.m. in an industrial area just off Mesa Drive north of Rock Springs.

UPDATE: June 24, 2022, 10:47 a.m. — According to the Green River Police Department, Wolf has been located and arrested. At this time there is no further threat to residents north of Rock Springs. Further details regarding the incident will be released.

UPDATE: June 24, 2022, 9:25 a.m. — This situation is still unfolding. At this point all indications show Wolf was acting alone. Wolf has not been apprehended at this time, however, there is strong evidence Wolf is currently contained by officers of the Sweetwater County Sheriff’s Office, Green River Police Department, and Rock Springs Police Department in an industrial area north of Rock Springs. The Wyoming Department of Criminal Investigations and the FBI are assisting SWAT teams with the incident. We urge the public to stay clear of the area from Elk and Yellowstone to Villa Lane north of Rock Springs, and also Railroad Ave in Green River, as officers are still on scene. At this time we do not have a releasable photo of the suspect. The case is still actively being investigated and we will have updates to be released as soon as they are available – Green River Police Chief Tom Jarvie

Witnesses have identified the suspect as Douglas Wolf of Green River, according to a press release from the Green River Police Department Chief Tom Jarvie.

“Wolf has not been apprehended at this time. However, there is strong evidence Wolf is currently contained by officers of the Sweetwater County Sheriff’s Office and Rock Springs Police Department in an industrial area North of Rock Springs,” Jarvie said. “Law Enforcement operations in this area are ongoing. The public is urged to avoid the area from Elk and Yellowstone to Villa Lane north of Rock Springs and to notify the joint dispatch center of any suspicious activity in the area at 307-875-1400.”

Officers of the GRPD were initially dispatched to a disturbance in the area of Riverview Drive. Information received by dispatch indicated a subject at that location had pointed a pistol at the reporting party.

As officers were responding to that call, a second call of an active shooter at the Embassy Tavern was received. Officers arrived to find two people dead and one wounded at the Embassy. The wounded person was transported to Memorial Hospital by ambulance.

The investigation indicates the disturbance call on Riverview Dr and the shooting at the Embassy Tavern were related.

Officers from the SCSO and RSPD responded immediately to assist the GRPD as this situation unfolded. Agents from the Wyoming Division of Criminal Investigation and Federal Bureau of Investigation have assisted throughout the night with the ongoing investigation.

Our deepest condolences go out to those affected by this tragedy.