Representatives from Vaughn’s Plumbing and Heating present a check for $500 to the Rock Springs Firefighters to assist with the Toys for Kids program.  (Left to right) Elizabeth Cross, Kreston Cross, Keaton West, Vicki Holdredge, Gavin Cross and Kayle Cross

ROCK SPRINGS — On November 15, the Downtown Broadway Theater hosted two special showings of Toy Story.  Sponsored by Vaughn’s Plumbing and Heating, the showings were a toy drive for the Rock Springs Firefighter’s Toys for Kids  program; toys were exchanged for tickets to the movie.  With nearly 200 kids and adults attending the movie, over 100 toys were donated to the Toys for Kids program.  Vaughn’s Plumbing and Heating also generously donated an additional $500 to the Toys for Kids  program.

The management team at Vaughn’s have always made it a priority to give back to the community that has built their success over the past 50+ years.

According to Keaton West with Vaughn’s, “Historically we have diversified our donations to the Tree of Sharing, United Way, Youth Sporting Events, etc. and felt this year we would like to have more involvement in giving back.  We felt the toy-for-ticket idea and the Toy Story movie was a great way to become more involved and essentially team up with the community to share the common goal of assisting the Toys for Kids program.”

After volunteering for the different showings, Vaughn’s felt the attendance was a little less than they had hoped so their management team decided to kick in some extra money to the Toys for Kids program to enhance as many kids’ Christmas holiday as possible.

Keaton added, “Our team feels that many kids do not have a choice when it comes to the holiday season, so if we can positively impact their Christmas in return, then that is a win-win reward for both of us!”

Vaughn’s Plumbing & Heating was established in 1963 and provides services to Rock Springs and the surrounding areas. A plumbing and heating contractor and service company, Vaughn’s has developed a solid reputation of providing quality service at competitive prices. They also employ an average of forty people and take pride in the benefit package they offer their employees; the health and welfare of their employees is important to them. 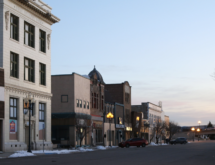 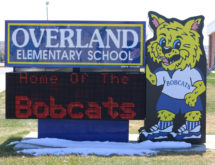 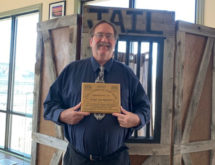 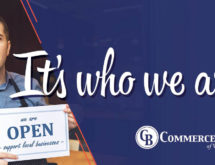 CBWY: Caring for Our Community is Who We Are