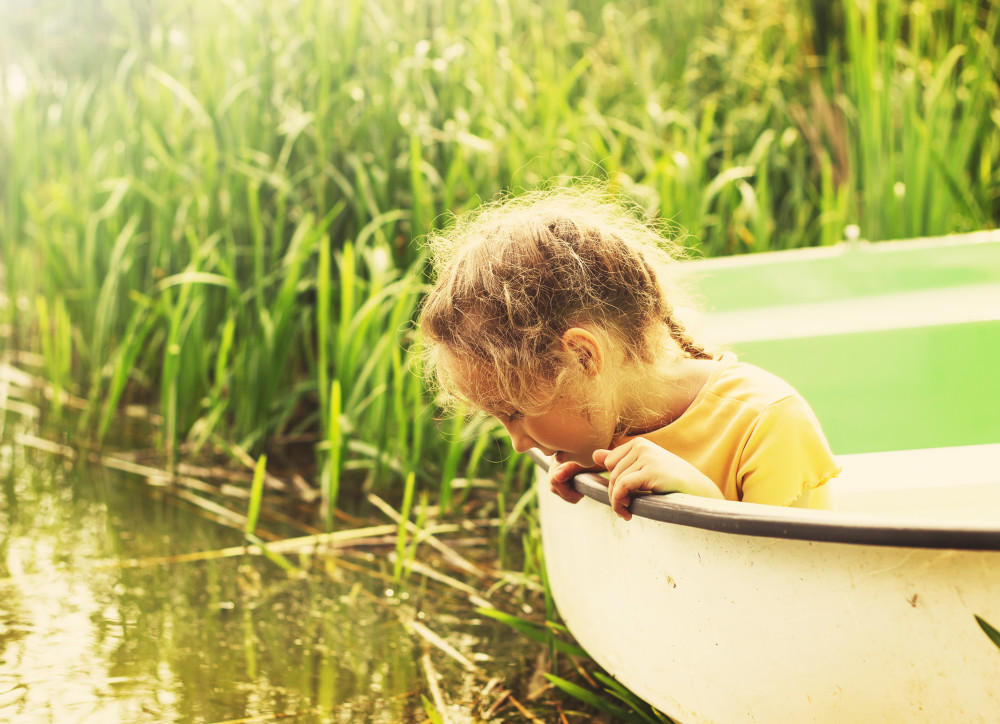 A LITTLE OVER A DECADE AGO, I TOOK A CLIENT FROM NEW YORK CITY AND HIS 7-YEAR-OLD DAUGHTER FISHING IN MY DRIFT BOAT. Both the father, John, and the young girl, Suzanna, were new to fly fishing so I began the trip with a “fly-less” a casting lesson. This helps the caster get used to feeling the fly line “load”, as we call it, but also makes sure those early casts don’t end up with a hook barb where it shouldn’t be – like the back of your head.

You see, 7 is a pivotal age for youth & how well they can comprehend fly fishing.  Suzanna was glowing with optimism and curiosity, which was uplifting to myself as her guide. She wanted to learn and I was ready to teach. She was chomping at the bit to catch her first fish on the fly.

Both of them started to pick up on the basic “dos & don’ts” of fly casting in the confined space of a drift boat, which was only 16 feet long.  I was excited – the youngster had shown great potential in just a few minutes of fly casting without a fly, as did her father  The casting lesson went great, however I still had a suspicion I wasn’t going to get out of the half day alive.

“CAUGHT” UP IN THE ACTION

As soon as flies were attached to leaders, humans were caught.  Young Suzanna cut loose of her teachings and saw nothing but the spot where she wanted to put the fly.  Within 2 minutes, dad and daughter were connected via a size 8 parachute hopper.  I never thought I would see a full-grown man so terrified of his 7-year-old, 50 lb. daughter.

Hook removal from dad was quick and easy (crimping down a barb on a hook is a great way to make this happen – FYI). After the attempted wilderness surgery I had Suzanna take a break to let her father fish and also so he could heal up a bit. John got up in the front of the boat with some relief and started casting to where I was guiding him. As soon as we were focused and John began to fish, Suzanna, sitting behind me out of sight, picked up the fly rod, unhooked the fly from the rod like a seasoned veteran and began casting…. or flailing as it may have looked from the bank

Parachute hopper strikes again!  This time, in MY arm. Ouch, that is going to leave a mark.

John is trembling at this point.  No sooner than pulling the hook from my arm, she yanked the fly rod back, swirled it around like Brad Pitt in “The River Runs Through It” and the hook found John, again. Third time is a charm! Seeing the fear of death in the man’s eyes, I promptly cut the hook off of Savanna’s leader, making it harmless. That is…  after I pulled it out of the middle of dad’s back.

He was not convinced.

We floated on down the river, dad flinching at Suzanna’a every cast as I reassured him there was no way he could be harmed again.  As we drifted along, Suzanna missed every fish that ate her “fly” and giggled the whole way down the river.  She was having a great time.  On the contrary, poor old John acted as if he had never been so happy to see the take out, 3 hours later, even after a rather productive first time fly fishing. (Minus losing a drop of blood or two.)

THE WEST CAN CHANGE YOU

When folks leave their comfortable environment, in this case the city, and venture into the West, they can become different people.  For instance, John – I have a feeling he has never been in a drift boat since, or near his daughter while she wields a sharp object. As for Suzanna, I like to think she’s still out there throwing a hopper to the bank from a drift boat on a wild river, giggling each time she releases that trout back into a deep pool.

As a guide, all you can do is smile, be patient and learn a little about each client… and duck. 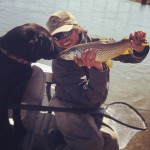 Ryan Hudson is owner/head guide at the Wyoming Fishing Company LLC and has removed dozens of hooks from humans over the years in his boat under the supervision of his first mate, Ichabod. 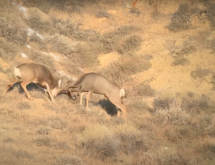 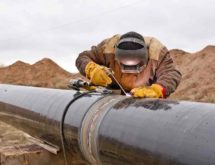 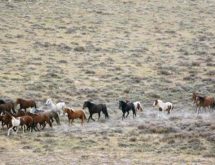 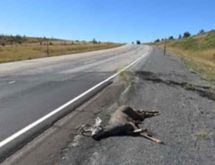 Game Wardens Report More Deer are Being Hit on Highways