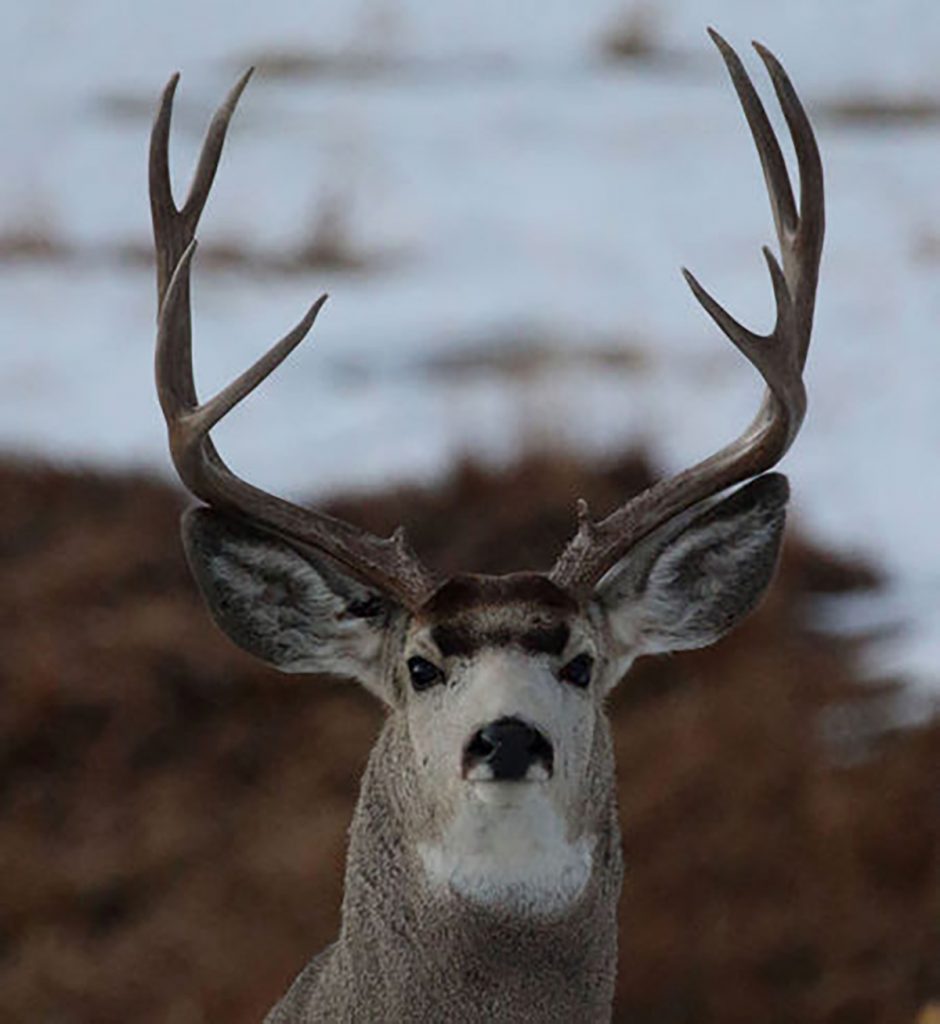 Fall is here and its time to get ready for the hunt. The Game and Fish Department has released its forecasts for the Wind River region.

LANDER — The Wyoming Game and Fish Department has released it hunting forecasts for various species in the Wind River Range area.

With increased fawn production and survival again in 2017 pronghorn populations in the Lander Region have increased.

Of the Region’s 6 pronghorn herds with population size objectives, 3 are at and 3 are above objective after the 2017 hunting season.

This was attributed primarily to improved moisture and habitat conditions the past several years after two years of extraordinary drought in 2012 and 2013.

It is anticipated buck quality is likely to be similar or improved compared to 2017.

Mature buck ratios vary throughout the Region, but are still good and hunters drawing a license should expect good to excellent harvest success.

Similar to pronghorn, mule deer populations had markedly declined over the last several years due to poor fawn productivity until increased fawn production (and likely survival) were realized starting in 2015.

Of the 5 herds within the Lander Region with population size objectives, 2 are at and 3 are below objective, after the 2017 hunting season.

Concurrent with increased fawn survival, generally throughout the region buck to doe ratios increased to an average of 33/100.

Once again, hunters observed more deer in 2017 than in previous years. Similar observations should be realized in 2018 if winter survival is near average.

Hunters will have opportunity for increased harvest (mostly young bucks) as mule deer numbers increase and no antler point restrictions are in place.

Despite increased fawn production some mule deer populations in the Lander Region continue to struggle and is likely attributable to relatively low fawn survival.

A case in point is the Sweetwater Herd Unit where the past two years fawn ratios have been 72/100 and 82/100, yet this population remains stable.

As a result seasons are similar in 2018 to that offered in 2017. Continued any white-tailed deer seasons are in place in the Dubois, Lander, Riverton, and Jeffrey City areas.

However, while doing better throughout much of the Region white-tailed deer numbers remain relatively low due to an apparent Epizootic Hemorraghic Disease (EHD) epizootic three years ago and have yet to fully recover.

Like much of Wyoming, elk populations are doing well across the Lander Region and all herd units are near their objective.

Calf production remains on par with previous years and should result in continued robust elk numbers.

Similarly, observed bull to cow ratios remain strong over most of central Wyoming.

If favorable weather conditions are realized during this fall, hunters should experience excellent harvest opportunity and success in all hunt areas.

With elk herds near objective in almost all locations, the 2018 seasons are designed to maintain elk numbers near current numbers.

Populations in both of Lander Region’s moose herds are below desired levels and continue to struggle.

Personnel counted a similar number of moose this year in the Lander Moose herd, Areas 2 and 30, and it appears this population is stable at a low level.

This herd’s trend is slightly increasing over the past 4 years and observed calf and bull ratios in 2017 mirror that trend.

Winter counts in the Dubois country yielded a higher number of moose compared to last year, but still at historically low levels.

This herd unit (area 6) seems to be stable over the past 4 years. Overall herd performance and population size in both herd units continue to be concerns for Department personnel.

Seasons for 2018 will be identical to those in 2017 and hunters fortunate enough to draw a license should expect reasonably good harvest success depending on their expectations.

Lamb production in the Whiskey Mountain bighorn sheep population was once again alarmingly low at 8/100 in 2017 and continues to be a grave concern.

Lamb productivity has been depressed in the herd unit for over 20 years and while it has certainly impacted population growth, there are still rams available for harvest.

These reductions were deemed prudent in light of the last two years’ low lamb recruitment. The ram to ewe ratio in 2018 increased from 47 to 58/100.

This is not indicative of more rams but likely of increased ewe mortality. Those who draw a tag in these areas should expect to see fewer rams than in the past, but should experience high success depending on their expectations.

Sheep Area 9 remains unchanged but it is important to note hunting in this area is extremely difficult and will require a lot of effort to locate mature rams.

Hunt Area 22 (Dubois Badlands) will once again be open for hunting any ram in 2018. Four licenses will be valid to hunt in Area 22 from September 1-30.

After September 30, these licenses will also be valid in Hunt Area 5. Hunt Areas 17 (Ferris/Seminoe Mountains) and 26 (Bennett Mountains) will be open for the sixth year in 2018. We are proposing to allow the harvest of four rams.

With this latest augmentation it is estimated there will be >200 sheep in the population after the lambing season.

It is expected the license recipients will have excellent opportunity to harvest a ram and for those who hold out could harvest an exceptional ram.

Seasons for upland game birds will be similar to previous years. Overall, blue and ruffed grouse numbers remained stable during 2017.

Numbers of chukars and hungarian partridge observed by hunters and Department personnel during the 2017/18 hunting season and winter seem to down compared to the past 2 – 3 years.

With near normal winter conditions we’ll likely see similar or increased numbers in 2018/19.

Depending on spring moisture and temperature sage-grouse numbers throughout the region will likely remain similar to that observed in 2017 and hunters should expect similar success.

The Sand Mesa and Ocean Lake Wildlife Habitat Management Areas, and the one-day youth hunt at Sand Mesa continues to be very popular with pheasant hunters and will be continued in 2018.

This year’s youth hunt will occur on Saturday, November 17th . Bird farm pheasants will again be released at the Sand Mesa and Ocean Lake Habitat Units through November.

Cottontails, snowshoe hares, and red squirrels appear to be similar to that in 2017 within the Lander Region. For those interested in pursuing these animals, hunting conditions should again be good in 2018 and have an additional month to pursue them.

Wyoming’s spring weather was considered to be normal and contributed to local breeding conditions within the state being ranked as good.

Re-nesting efforts by mallards and other species which failed their first attempt at nesting was likely also good due to favorable conditions.

Hunters can expect better than average local populations of ducks across the state. Migration chronology and weather, as well as the efforts of scouting for birds and obtaining permission to hunt private land when necessary, will ultimatley influence the success of migratory bird hunters throughout the state.

Ducks The annual May breeding survey was again conducted by the U.S. Fish and Wildlife Service in 2018.

Dark Geese Canada geese harvested in the state come from two populations. The Rocky Mountain Population (RMP) which can be found west of the Continental Divide, in the Wind River and Bighorn River Basins, as well as in western Carbon and Natrona counties.

The RMP population increased again in 2018 and is at a all-time high. Large geese found in eastern Wyoming belong to the Hi-Line Population (HLP).

The HLP also increased in 2018 and the population is at the third highest level ever recorded. Generally, Canada goose numbers across the state will be good to great.

Production within the state in 2018 was very good to excellent. The majority of doves will migrate out of the state with the first cold snap, which usually occurs between late-August and mid-September.

However, doves from northern areas migrate through the state in mid-September and good hunting can still be found after the first few days of the season.

Sandhill Cranes Cranes which migrate through eastern Wyoming (Crane Hunt Area 7) are primarily from the MidContinent Population, which has been relatively stable since the early 1980s and exceeds the established objective range of 349,000–472,000.

Cranes which breed and stage in central and western Wyoming (Hunt Areas 1-6, and 8) are from the Rocky Mountain Population.

However, the 3-year average used to determine harvest allocation decreased, resulting in a reduction of 50 permits available for Wyoming in 2018.

Cranes in Areas 4 and 6 roost and feed in the same general locations every year.

Roost locations in Hunt Area 4 are Hidden Valley, Riverview Valley, and the south side of Ocean Lake.

Roost locations in Hunt Area 6 are located north of Worland, the Otto area, from Powell to Ralston, and Ralston Reservoir.

For best success, scout for cranes prior to the season and obtain permission to access the fields they are using.

Here Are Wyoming’s Most Popular Baby Names in 2019 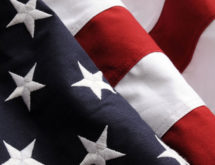 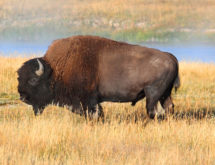