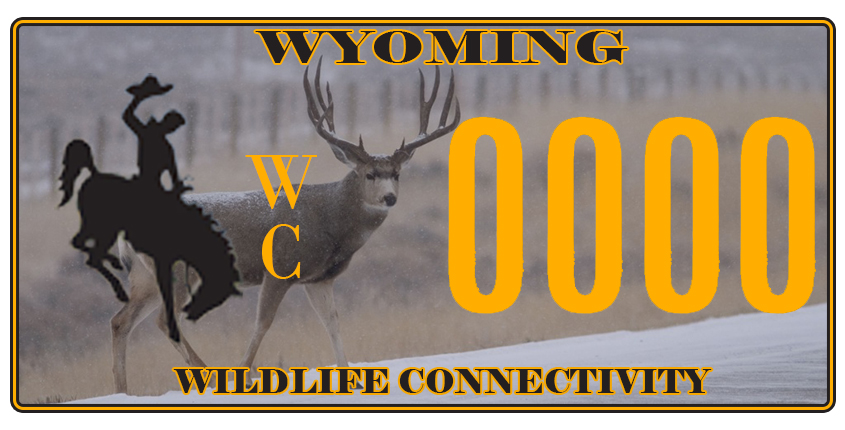 If House Bill 0039 (HB 0039) is not on your radar, it should be.  This is the Wildlife Conservation/Connectivity specialty license plate bill that will be introduced in the upcoming legislative session, sponsored by Representative Stan Blake from Green River and co-sponsored by Representatives Allen, Brown, Crank, Gierau, Haley, Pelkey and Senators Hastert and Emerich .

This license plate bill is very similar to the University of Wyoming specialty plate, where you make the choice of paying an additional $130 fee when you purchase your motor vehicle registration through your local county treasurers office.  If purchased, $30 will be retained by the state of Wyoming for creating the license plate, the other $100 will go to a special account within the Wyoming Department of Transportation specifically earmarked for wildlife overpass, underpass, fencing and signage projects targeting wildlife and roadway safety. 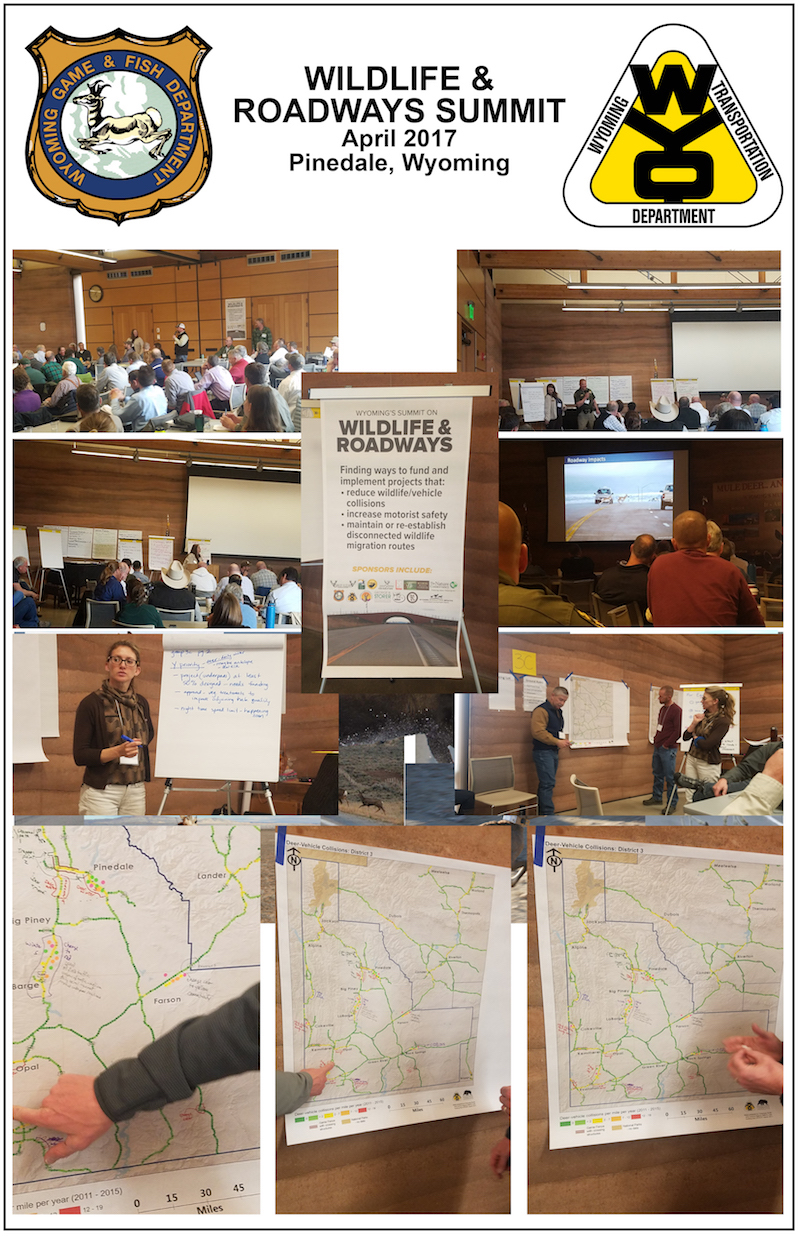 In April of 2017, a Wildlife and Roadway Safety Summit was held in Pinedale, Wyoming.  This summit was attended by nearly 200 people from entities such as the Wyoming Department of Transportation, Wyoming Game and Fish, law enforcement, elected officials, conservation groups and citizens.  The goal of this summit was to identify means that could be accomplished to lower the amount of wildlife/vehicle collisions around the state of Wyoming.  Given everyone’s love of Wyoming’s wildlife and wild spaces, it is recognized that the losses experienced around the state of our wildlife and the losses involving motor vehicle damages and lives, was unacceptable.  The result of this summit was clear and given projects that have already been completed, such as Trappers Point overpass/underpasses, Nugget Canyon and Baggs, these projects work well.  Conversely, these overpass/underpass and fencing projects are costly, and an alternative funding source for WYDOT would need to be established, given the current economic situation the state if facing.  One idea, a specialty wildlife license plate, was born.

Another important item that came out of the summit was that this problem was, perhaps, larger than many knew.  In a five-year period, from 2012-2017, a staggering 23,379 big game animal carcasses were removed from roadways and right-of-ways by WYDOT maintenance crews, with mule deer accounting for 17,608 of those animals.  That does not take into account what is assumed to be many animals that made it past the roadway fencing and died or later died of injuries sustained during collisions.  Also, a large concern is the safety of the general motoring public that travel all the roadways of the state.  As stated by WYDOT Director Bill Panos, “One in fifteen highway deaths that occurred last year (2016) involved a wildlife crash,” he added “this is unacceptable.”

Wildlife related vehicle collisions pose a safety hazard to the traveling public and are costly.  WYDOT estimates the average costs per reported deer-vehicle collision are $11,600 in injury and property damage costs, and Wyoming Game and Fish estimates the economic value of each killed deer is $4000.00.  Taken together, this means deer-vehicle collisions total approximately $24-29 million per year in Wyoming injury and damage costs and an additional $20-23 million per year in wildlife costs. 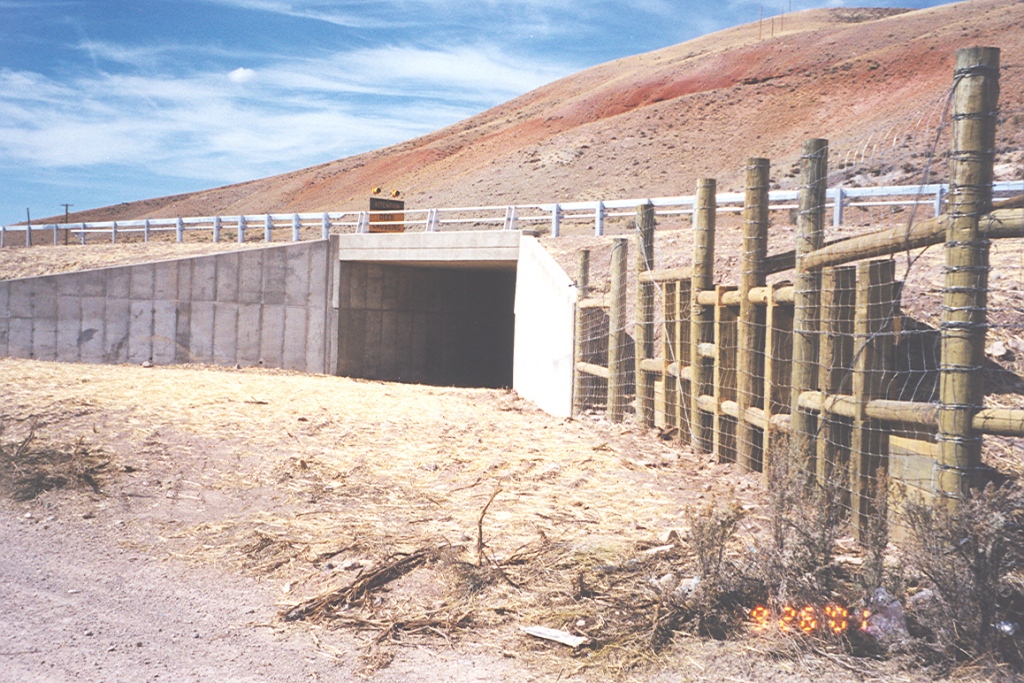 In Nugget Canyon, on a 13 mile section of US 30 between Kemmerer and Sage Junction, wildlife-vehicle crashes have been reduced by 81% after the construction of the seven underpasses. In that area, WYDOT also installed 8 ft. high fencing to funnel wildlife into the underpasses and prevent them from getting onto the roadway.  The underpasses are most effective for mule deer.  A 3- year post construction study has shown that 49,146 mule deer have used the underpasses.

At Trappers Point, which is between Pinedale and Daniel Junction, collisions have been reduced after WYDOT installed two overpasses and six underpasses.  Three years after construction, the crashes involving mule deer reduced by 79%.  The crashes involving pronghorn, which prefer to use overpasses, were eliminated entirely.

With the 2018 legislative session quickly approaching, what is needed is action by all Wyoming residents that care about wildlife and their traveling safety.  To make this bill a reality, people need to email and preferably, call all  of the Wyoming legislative members.  Ask them to make a commitment to our world renowned wildlife and give everyone an opportunity to make their own decision to help make a difference with our roadway safety.  The license plate, if available, would be an additional $130 on top of your regular vehicle registration.  $30 would be retained by the state for publishing the plate and the remaining $100.00 would go the special account, held within WYDOT and earmarked specifically to these projects.

Go to muleyfanatic.org and pledge support!