CHEYENNE – Fishing activity will increase during the coming days and one fish record has already been set this year. If 2015 is anything like previous years, several more records will be set this summer and fall.

While new records are an annual occurrence, records for some species are not likely to be set anytime soon. Leading the list of almost untouchable records is the 11-pound, 4-ounce golden trout caught in 1948 (also the world record) or the 23-pound rainbow trout caught in 1969. But, there are record fish out there. Lake trout larger than 50 pounds have been caught and released in recent years in nets on Flaming Gorge Reservoir, and almost certainly larger tiger trout than the 11 pounder caught in High Savery Reservoir in 2012 are still swimming around in that lake. A glance at the records shows that half of Wyoming’s entries have been caught since 2000.

Over the years there have been numerous reports of anglers catching large fish that, for one reason or another, were never entered into the state record book. Entering a fish for consideration for a record is quite easy, but there are rules that must be followed.

• The fish must be weighed on a scale certified for legal trade. Scales in post offices or places of commerce are usually all certified. The scale in your tackle box is not. The weighing must be witnessed by two people other than the applicant.

• Fish caught at private clubs, from fish hatchery waters, or on private ponds not accessible to the public for angling are ineligible.

• Fish must be caught on rod, reel, and line; or pole and line; and hooked (no snagging) using legal methods.

• The species must be verified by the Game and Fish Department. The identity of most fish is usually obvious, but there are certain species such as lake trout, splake, brook trout, walleye, sauger, and some of the sunfish species that could easily be mistaken.

• Fish must be taken during the legal open season of the water where caught.

Record entry forms and a listing of Wyoming’s fish records are found on the Game and Fish website wgfd.wyo.gov. Anglers can contact Game and Fish regional offices or headquarters (307-777-4600) for more information. Wyoming does not keep separate record categories for line class, fly-fishing, or catch and release. 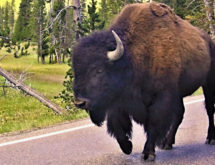