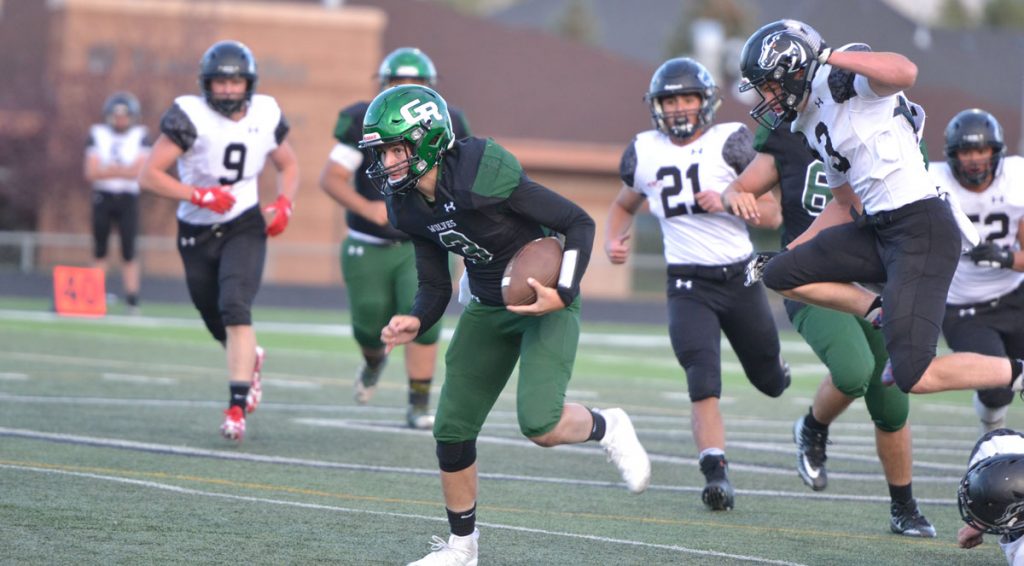 GREEN RIVER– Despite a valiant attempt at a comeback by the Green River Wolves last night, recovering two onside kicks and scoring two touchdowns within the last few minutes of the game, the Jackson Broncs held onto the lead winning 33-23.

Jackson started things off, receiving the game opening kick off. Two minutes into the game, the Wolves defense forced a fumble with Anthony Johnson recovering the ball on their own 44-yard line. However, just two plays later, quarterback Dallan Serrano was intercepted by the Broncs.

The Broncs pushed the ball down the field, runningback Jeydin Cox scoring a touchdown with 4:17 left in the quarter. The Broncs’ extra point was no good, making the score 6-0.

The Wolves failed to move the ball on their second possession, having to punt with 2:33 left in the quarter. Jackson’s second possession led to another touchdown, making the score 13-0 at the end of the first quarter.

After returning the kick on their own 44-yard line, the Wolves drove the ball down the field, and with a personal foul on Jackson, the Wolves were positioned 1st and goal with 9:27 left in the half.

Serrano ran the ball into the end zone, and with an extra point by Erik Gwaltney, the score was 7-13.

The Wolves defense stopped Jackson’s next drive, with Riese Allison breaking up a pass on second down, and Caison Straw sacking Jackson’s quarterback making it fourth and 11, forcing the Broncs to punt.

The Wolves offense moved the ball into field goal range, and with 1:43 left in the half, Gwaltney scored a field goal making the score 10-13.

With four seconds left in the half, Seth White made an interception on third and goal, bringing the first half to a close.

The second half started out rough for the Wolves. Jackson scored on their first drive of the half, bringing the score to 19-10 with three minutes left in the quarter.

After another unsuccessful drive by the Wolves, the Broncs drove the ball down the field again to score another touchdown, this time with a two-point conversion, making the score 27-10.

The Wolves’ next possession was stopped by the Broncs defense on fourth and two, turning the ball over. 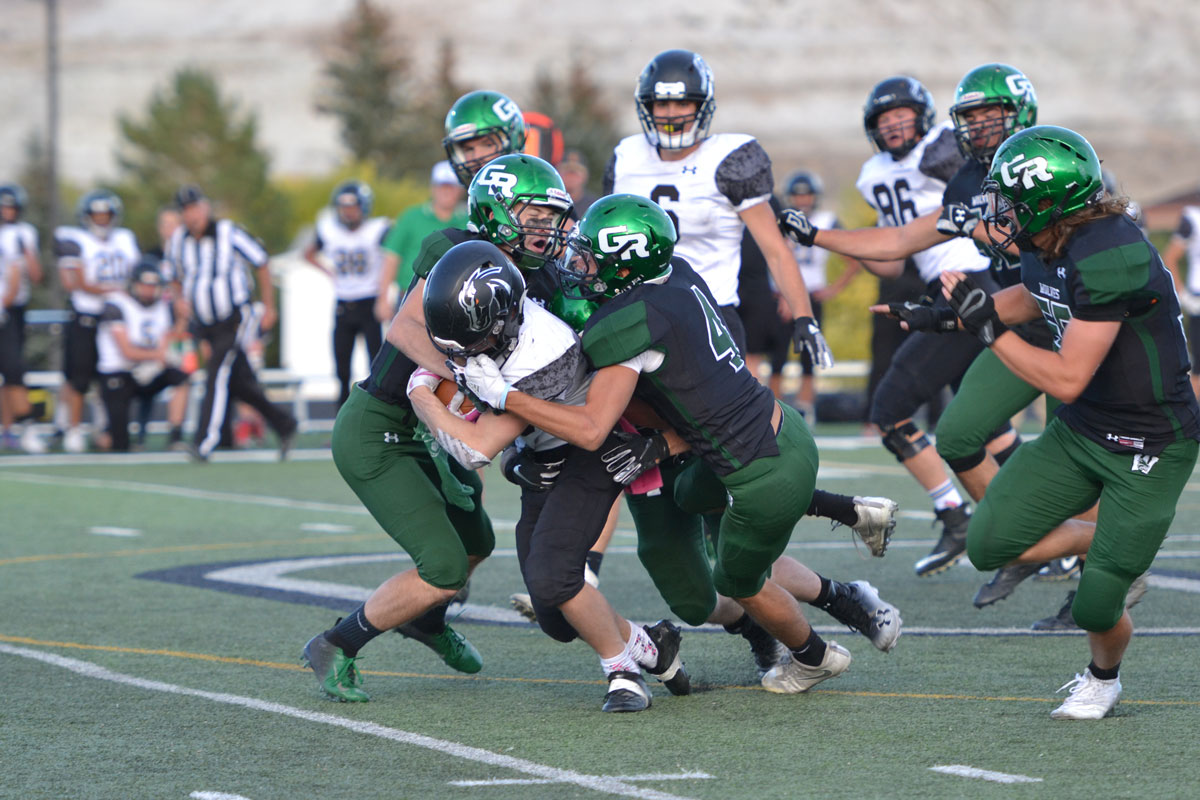 At the start of the fourth quarter Jackson had the ball. Jackson once again drove the ball down to put another touchdown on the board, the score moving to 33-10 with 3:40 left in the game.

With 3:10 left in the game, Serrano ran the ball in for another touchdown, scoring their first points of the second half. The score was 16-33 after the two-point-conversion was no good.

Seth White recovered an onside kick on Jackson’s 48-yard line. Serrano then drove the ball in for another touchdown, and with the extra point by Gwaltney, the score moved to 23-33.

Allison recovered another onside kick for the Wolves, but with 28 seconds left in the matchup, Serrano was picked off by the Broncs defense. The Broncs took a knee, letting the time run out.

The Wolves will travel to Evanston next week to take on the Red Devils on Friday, October 5. Kickoff will be at 7 pm.


More Photos of the Homecoming Game