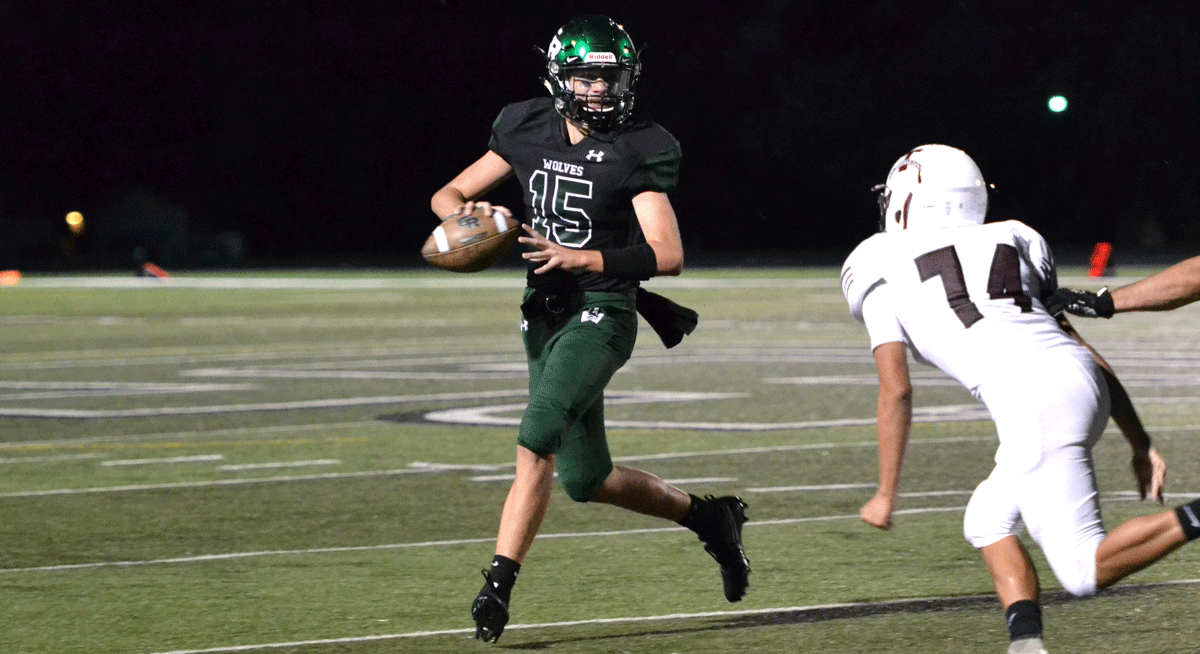 GRHS quarterback, Jachob Fuss, checks the field as he prepares to pass the ball Friday night.

The win comes on Homecoming night for Green River. The Wolves went into the match up with a 0-2 record, while the Trailblazers had a 1-1 record.

Both of Green River’s touchdowns came from senior Tayler Jensen. The first touchdown was scored at the 7:20 mark in the second quarter.

In the fourth quarter, the Trailblazers scored a touchdown with an extra point early on. With 3:17 left in the contest, Jensen added six more and the Wolves scored another extra point.

Next week, GRHS will host the Star Valley Braves in their first conference game of the season. While the Wolves will head into the game with a 1-2 record, and the Braves will come to Green River with a 3-0 record.

The game will kick off at 7 pm on Friday, September 27 at Wolves Stadium.