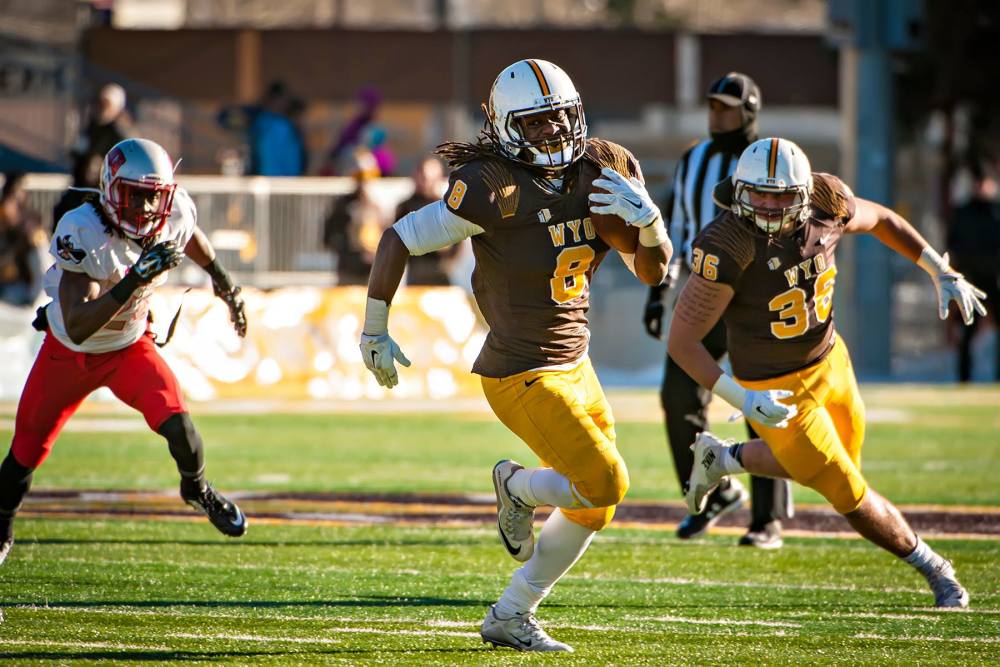 Hill became only the second junior in University of Wyoming school history to be selected in the NFL Draft. The first was defensive back Derrick Martin, who was selected by the Baltimore Ravens in the sixth round of the 2006 NFL Draft. Hill is the first Wyoming running back taken in the NFL Draft since Ryan Christopherson was selected in the fifth round in 1995 by the Jacksonville Jaguars.

Hill ranked No. 3 in the nation in rushing yards in 2016, with 1,860. He also ranked No. 4 in the NCAA in rushing touchdowns and No. 5 in the country in total TDs scored (22). He was one of 10 semifinalists for the 2016 Doak Walker Award, which honors the nation’s premier running back each season.

Hill was named to the 2016 College Sports Madness Third Team All-America squad as a running back, making him one of only six running backs in the nation selected to the College Sports Madness All-America First, Second and Third Teams for 2016. He was also voted a First Team All-Mountain West selection as a senior in voting by conference head coaches and media. Hill was invited to and participated in the 2017 NFL Draft Combine.

He concluded his Wyoming career as the Cowboys’ career rushing leader, with 4,287 career yards. The Belleville, Ill., native set that record in only three seasons as a Cowboy. He broke his own University of Wyoming single-season rushing record, rushing for 1,860 yards in 2016. Hill also ranked No. 7 in the nation in total points scored (132) in 2016 and ranked No. 12 in the nation in points scored per game, averaging 9.4 points per game.