AMK RANCH — Insights on viewing objects in the night skies of Wyoming will be discussed Thursday, Aug. 21, at the University of Wyoming-National Park Service (UW-NPS) Research Center at the AMK Ranch in Grand Teton National Park.

The final Harlow Summer Seminars speaker of the 2014 season is Samuel Singer, executive director of Wyoming Stargazing, a nonprofit organization based in Jackson. He will present “The Extraordinary Wyoming Skies” at 6:30 p.m. at the AMK Ranch, located north of Leeks Marina. A barbecue, at a cost of $5 per person, will take place at 5:30 p.m.

Singer, who recently received his Ph.D. in science education from UW, established Wyoming Stargazing in Jackson to promote scientific literacy and to inspire this and future generations through astronomy education. His presentation will include descriptions of the many objects visible to the naked eye and with a small telescope in the dark skies of Jackson Hole, which provide an ideal setting to view planets, stars, galaxies and more.

After the talk and a question-and-answer session, telescopes will be set up to view the objects discussed during the talk.

Wyoming Stargazing is an educational 501(c)3 nonprofit organization based in Jackson, Wyoming. It was founded by Dr. Samuel Singer, who recently received his PhD in Science Education from the University of Wyoming. After building two telescopes and establishing a small astronomical observatory at Hampshire College as part of his bachelor’s degree in physics and astronomy, Samuel went on to be recognized by NASA for an astronomy lesson plan he wrote and to build a second small observatory for the Teton Science Schools in Jackson Hole, where he now lives.

The mission of Wyoming Stargazing is to promote scientific literacy and to inspire this and future generations through astronomy education. We can’t wait to show you the rings the Saturn, the moons of Jupiter, or even an entire galaxy during one of our stargazing programs. The sky is not the limit!

Although named the AMK Ranch, this site never served as a working ranch. Homesteaders settled here in 1890. Later two wealthy families vacationed here. Majestic views of the Teton Range and Jackson Lake now serve as a unique backdrop for research and education at the University of Wyoming Research Center. 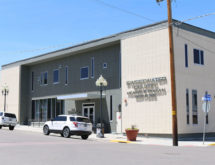 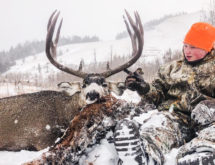 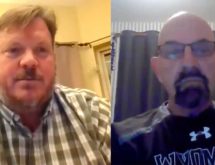 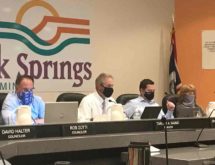