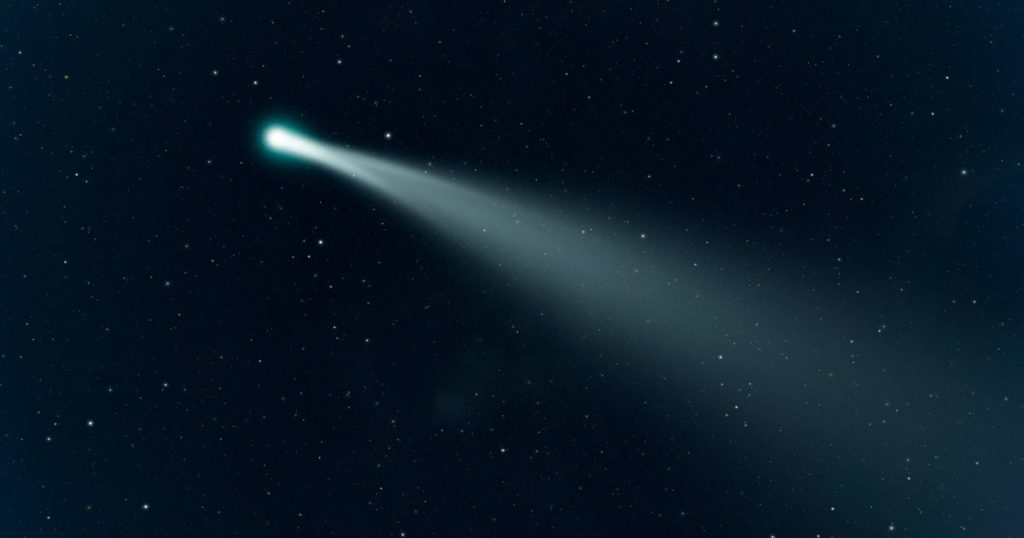 Sweetwater County residents along with other Wyomingites will have the chance to see a rare comet for the next few weeks.

Comet ZTF also known as “The Green Comet” only passes by the earth once every 50,000 years, according to the United States National Weather Service Riverton office.

The Green Comet will be visible starting tonight, January 20, through February 12, however there are a few nights that may be better than others for viewing it.

According to the NWS, tonight and tomorrow night will be good times to view the comet. Just look above the big dipper. Another good time to see it would be between January 29-31, in which during this time the comet will be near the North Star. From February 9-11, Wyomingites will want to look for the comet around Mars.

To view the comet look to the northern sky. It will start in the northeast and make its way northwest. Although you may be able to see with with your eyes, for the best views, a telescope or binoculars is needed.

For more viewing tips, check out the video below.