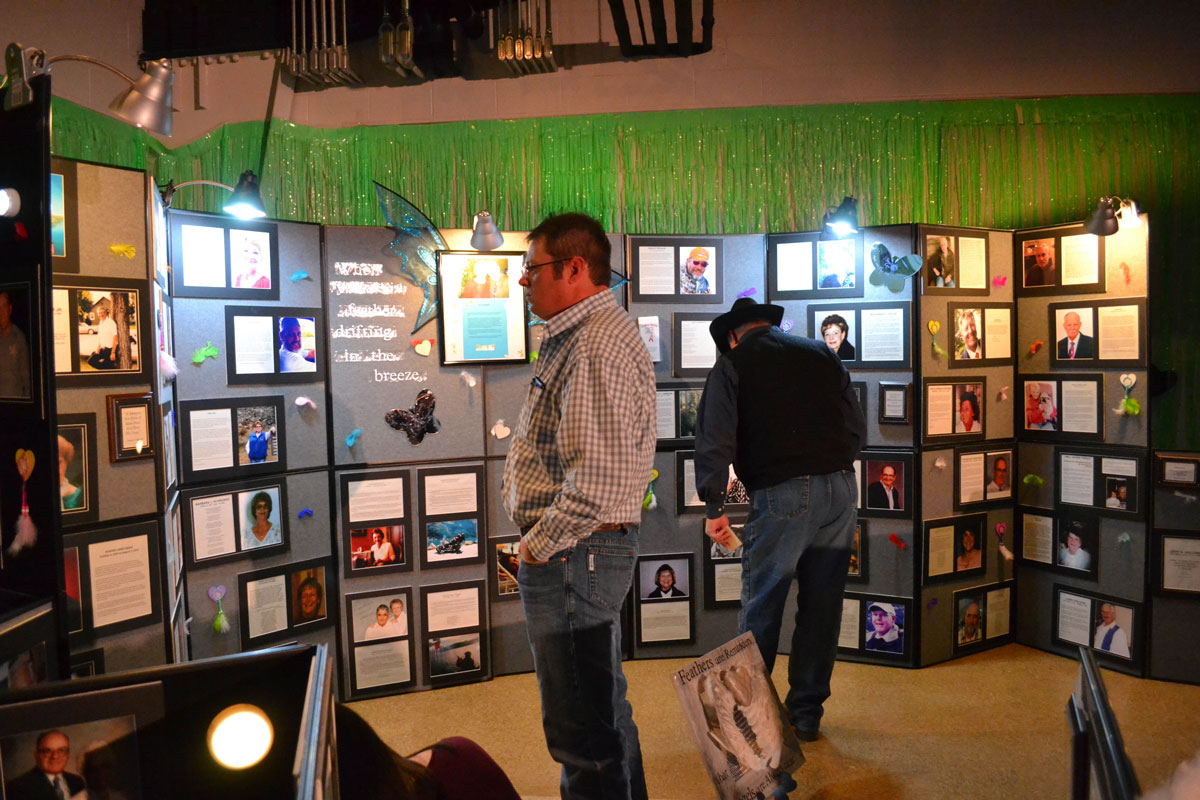 ROCK SPRINGS– What started as Margaret Parry’s dream in 1994, has since turned into a community effort to help Sweetwater County residents who are undergoing cancer treatment.

This Saturday, Cowboys Against Cancer will be hosting its 25th annual Benefit and Banquet at the Sweetwater Events Complex.

Cowboys Against Cancer raises money to supply annual $3,000 grants to Sweetwater County residents who are undergoing cancer treatments. If people are being treated locally, the organization also gives $1,500 grants.

Thousands of Sweetwater County residents have received grants from Cowboys Against Cancer throughout the years.

In 1994, Parry, President and Founder of Cowboys Against Cancer, gathered support from her girlfriends and set out to make her dream come true. She had the idea after undergoing her own year-long battle with cancer.

She and her friends went around to businesses, classrooms, and more to speak to whoever would listen, and spread the word about the mission of Cowboys Against Cancer– raise funds to help local people afford their battles with cancer.

They sold 6 inch by 6 inch squares for a quilt at $100 each, and ended up raising over $2,000. With about $10,000 raised in other efforts, Cowboys Against Cancer hosted its first Benefit and Banquet.

A replica of the original quilt was remade this year by one of the volunteer’s friends, who lives in Colorado.

“It’s incredible and sometimes hard to comprehend the generosity of people,” Parry said. “People in the community, but also people across the nation believe in this, and their helping people they probably won’t ever meet. They just want to help.”

What started as a small community event with a very basic sound system and lighting has turned into an entire production that sold out in just six business days.

“I had no idea it would do this,” Parry said. “I didn’t even know if I’d be alive a year later, because with cancer, you just don’t know if you’re out of the woods yet.”

Now the event has a team of volunteers who all put their talents and expertise to work to put on a night full of laughter, tears, retrospection, and gratitude.

“It’s a night of being beautifully entertained,” Parry said.

Despite the event getting bigger and better over the past 25 years, Parry said there is one very special moment from the first banquet that she will remember forever.

“Off the cuff, completely unplanned, I asked all the cancer survivors in attendance to come to the center of the room, and they were given the most incredible standing ovation. There wasn’t a dry eye there. I had no idea that there were that many cancer survivors in our community. I’ll never forget that,” she said.

Not only is the event put together by volunteers, but the food is prepared by volunteers as well. Under the leadership of Chef Michael L. Nook, a team of chefs and cooks all volunteer their time to put in to prepare a gourmet menu, with a roast tenderloin of beef and sea scallop entrée– and the meal doesn’t cost Cowboys Against Cancer a dime.

Nook, a resident of the Salt Lake City area, got involved 19 years ago after his mother died of cancer. His mom was a school teacher and was three months from retirement when she was diagnosed.

The chefs this year come from Wyoming, Utah, Montana, Colorado, Arkansas, and Nevada. Though many of the chefs live outside of Sweetwater County, and will never see any of the money raised at Cowboys Against Cancer, they all believe in the cause.

“It’s impossible to even know everyone we’ve helped. It was my dream, but it’s everyone’s dream now,” Parry said.

This year will be much like the most recent years, featuring four separate auctions: live, silent, dollar, and banana. There are over 500 items in the auctions, and people are still donating items.

While the live, dollar, and banana auctions all take place at the event, the silent auction is run online through BidPal. People who aren’t even attending the event can bid online by registering on BidPal here.

As for the dollar auction, Parry said it always has been and always will be just $1 for a ticket. Despite being told several times that she should raise the price of the tickets, she said she never will.

“Some people might come in and not have enough money to buy a live auction item, but with the dollar auction, everyone can give back in the capacity they’re able to,” Parry said. “When someone you love is diagnosed with cancer, you can pray for them, but you’re otherwise helpless. The dollar auction ensures everyone, in some small way, can help.”