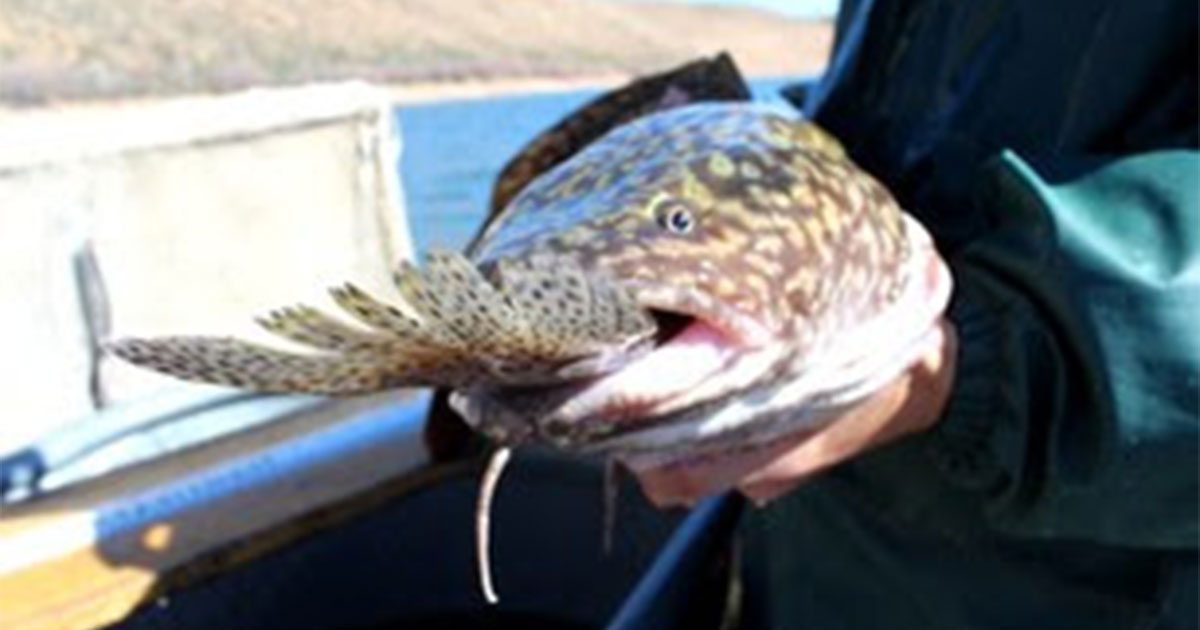 GREEN RIVER — Contest officials hope to help local reservoirs by targeting aquatic predators. Anglers near and far will have three opportunities to participate in ice fishing contests this year in the Green River Region: two on Flaming Gorge Reservoir and one on Fontenelle Reservoir. Each reservoir will host a contest targeting burbot that were illegally introduced and have become well established. The third contest is targeting the valued, yet abundant, population of small lake trout in Flaming Gorge Reservoir. All three contests have a similar goal: draw attention to the abundance of the species being targeted and encourage anglers to harvest more.

The 2020 Burbot Bash is being held January 24-26 on Flaming Gorge Reservoir. The Flaming Gorge Chamber of Commerce is hosting the Bash with help from partners and sponsors. Anglers compete for most burbot, biggest and smallest burbot, and the opportunity to catch tagged burbot for the grand prize. For more information and to register online, please check out their website at www.Burbotbash.com or their Facebook page at www.facebook.com/BurbotBash.

If you plan to participate in the Burbot Bash, don’t forget to register for the Buckboard “Pup”ulation Control Contest on Flaming Gorge Reservoir. The Buckboard “Pup”ulation Control Contest runs from November 1, 2019 through March 31, 2020. Buckboard Marina at Flaming Gorge LLC is hosting this contest. The contest features 100 tagged lake trout (all less than 25 inches), as well as prizes for best adult and youth photo with a small lake trout. For detailed information on registration (free), rules and prizes, check out Buckboard Marina at Flaming Gorge’s website at http://buckboardmarina.net/.

The 2020 La Barge Ding the Ling, hosted by the young ladies of the La Barge Activities Committee, is being held February 7-9 on Fontenelle Reservoir. Anglers compete for most burbot, biggest and smallest burbot, and a chance at catching two burbot with insured tags. One tag is worth $5,000 and the other $10,000 if turned in by a registered contestant during the contest. For more information, check out their Facebook page at https://www.facebook.com/labargedingtheling/

Burbot in the Green River Basin behave like an invasive species. Area fisheries biologists are concerned with burbot as they compete with sport fish for food and are a voracious predator. Burbot eat prized sport fish like kokanee salmon, smallmouth bass and trout that would otherwise be available for anglers to catch. Currently, the best option for reducing burbot numbers is angler harvest. Anglers are encouraged to take advantage of improving ice conditions and do their part for the sport fisheries by removing as many burbot as possible from local waters. Every burbot removed is a savings in sport fish. The upcoming ice fishing derbies are a great opportunity for anglers to have a fun weekend ice fishing, possibly win some money, and reduce the impact Burbot are having on the sport fish in Flaming Gorge and Fontenelle reservoirs.

Anglers can learn more about why biologists are concerned about the abundance of small lake trout and find tips on how to catch Burbot and small lake trout on the Flaming Gorge page of the Department’s Green River webpage at https://wgfd.wyo.gov/Regional-Offices/Green-River-Region/Flaming-Gorge-Management.